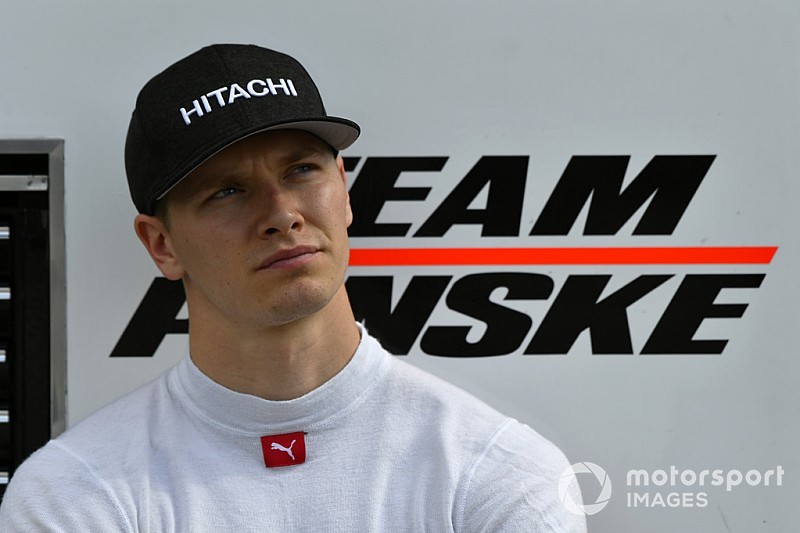 Team Penske-Chevrolet’s 2017 IndyCar champion and 2019 championship leader Josef Newgarden says he is “not very comfortable” heading into the final round with only a 41-point margin over prime rival Alexander Rossi of Andretti Autosport-Honda.

With IndyCar offering double points in its finale at WeatherTech Raceway Laguna Seca, were Rossi to win, Newgarden would have to finish at least fifth to beat him to the crown, which would be Rossi’s first.

Following a disastrous pitstop strategy at the previous round at Gateway, Rossi’s Portland result did at least mean he retook second from another Penske driver, Simon Pagenaud, who qualified 18thand could only salvage seventh.

Newgarden reflecting on the result said: “I would have liked more points, but at the end of the day, it's not a bad result for us. You know, I made our bed for us yesterday in qualifying. You start 13th, you kind of put yourself in a hole already, and we just tried to climb out of it today as best as possible. And I don't think we can be mad about where we climbed to: it was pretty decent.

“You know, what could have happened if we started up front more? Maybe we could have done more damage and won the race or finished second or third and would have been a little better off.

"But I think, for the most part, fifth is pretty pleasing on the day. We just missed all that [Lap 1, Turn 1] chaos. It happened right in front of me, so I was in the mess. But fortunately we didn't touch anything; it was just right in front of us. I stopped and then went around it, and we got going again.

“But yeah, a relatively good day, I guess, for the most part. We just need to have a better weekend in Laguna. Obviously, it's still going to be quite tough with the double points. If it wasn't double points I think it would be a lot easier, but double points is going to make it difficult.

“No, it's honestly not enough with double points. It's just not. I don’t think we're very comfortable.”

Regarding his avoidance of the first-lap pile-up, he compared it to reigning champion Scott Dixon’s drive out of the dirt and melee at the same venue in 2018. This year at Portland, Dixon was all-but eliminated from title contention with his second straight car-related problem, an apparent flat battery dropping him from the lead to outside the Top 15.

“Maybe we've got Scott's mojo from last [season],” said Newgarden. “It was like Scott could do no wrong last year. Nothing ever bad happened to him, and this year he's had a couple of small things hit him here right at the end, the [holed] radiator [at Gateway] and now the battery deal. I don't know what it was, but it sounded like that's what it was. It's like he's got the complete opposite of what he had last year.

“That's IndyCar. Sometimes this cycles around. You'll get the good years, you'll get the bad. Hopefully, we continue to have a good year in Laguna and then kind of finish it off because you never know when you're going to have a bad year again. It's far from over, but I for sure would rather be in the position we are in instead of second or third.”

Newgarden, who has scored four wins this year to Rossi’s two, said he doesn’t expect any team to arrive at Laguna Seca with an advantage because it is a new venue for most of the teams and drivers, and success will depend on taking advantage of the track time available. A test on the Thursday before the race effectively turns the finale into a four-day event.

“I think because we have test days there coming up before the race weekend, it kind of equals out for everybody,” he said. “I don't think anyone has an advantage.

“With it being new, I don't know that that helps us. It brings more unknowns. I think it's more of a variable that it's a brand new circuit essentially because it's been so long since we've been there. New car, new tires – it's all different from last time. It's essentially a new circuit. We don't really know what it's going to bring, and that's just more of a variable.

“I don't think that helps us; I think it's a wildcard if anything…

“We'll just take all the time we can to get better and talk about it and research it and just try and be prepared for when we show up. The Thursday helps a lot. We've got a full test day there before the weekend. That kind of gives you a lot of time to get in the mode that you need to be for the finale.”