“No merit” in rumors of Alexander Rossi at Toro Rosso 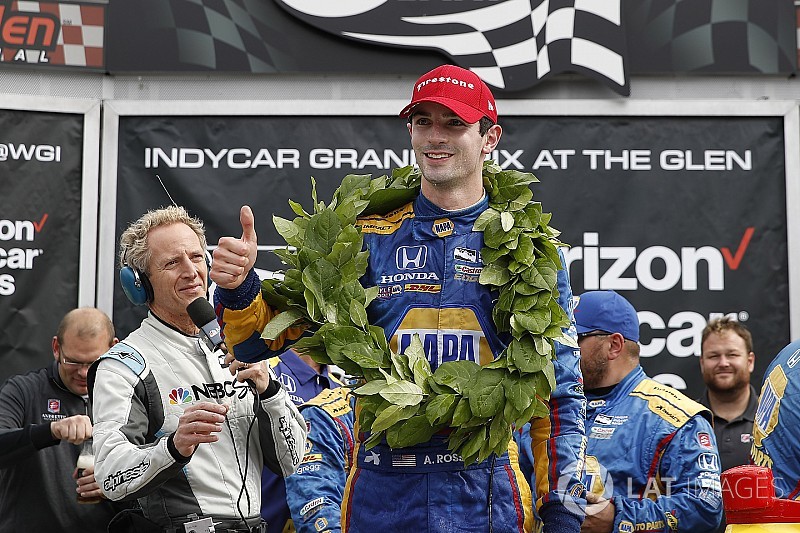 Despite speculation that 2016 Indy 500 winner Alexander Rossi may race for Toro Rosso in this month's U.S. Grand Prix – or could even switch back to Formula 1 in 2018 – an official spokesperson for Rossi says neither will happen.

With Carlos Sainz switching from Toro Rosso to Renault from the next F1 race, and Pierre Gasly possibly fulfilling his commitment to Honda in the Super Formula championship battle, there were rumors that Rossi might be drafted into the team for the US GP at Circuit of The Americas.

Intrigue was heightened by Toro Rosso admitting that it had been premature in announcing that Gasly would partner the returning Kvyat at Austin.

Although Toro Rosso is currently Renault-powered, it will switch to Honda next year, and in deference to its future engine partners, Red Bull may have to allow Gasly to compete in the Super Formula finale in Suzuka, as he lies just half a point behind the leader, Toyota-powered Hiroaki Ishiura.

However, a spokesperson for Rossi made it clear that he would not be available for the event which runs from October 20-22 in Austin, TX.

“I heard a rumor about it,” she said, “but I think it was just speculation that turned into a ‘Why not?’ discussion among people who’d like to see it happen. The thing is, there is no merit to it. Alex is out of the country for a few weeks.”

Rossi made five F1 starts for the now-defunct Manor Marussia team in 2015, the same year he finished second in the GP2 [now Formula 2] championship.

The 26-year-old from Nevada City, CA, then switched to IndyCar with Andretti-Herta Autosport, won the 2016 Indy 500, and this year took seventh in the championship, scoring a pole and victory at Watkins Glen.

In late August, he signed a multi-year contract to remain with the team – although his contracts are known to contain a special clause allowing him to accept any F1 offers. That being the case, as one of Honda’s favorite sons, Rossi was seen as a possible driver for Toro Rosso next year.

However, the spokesperson scotched that suggestion, too.

“Nope, no truth in that, either!” she said. “Alex is committed to IndyCar and committed to getting Andretti Autosport-Honda back to the front of the grid.”

Rossi is believed to be in Europe filming a reality TV show.