Josef Newgarden has declared himself ready to fight his way back into title contention, after a dominant Road America run was ended by gearbox failure.

From pole, Newgarden led 32 of the 55 laps and all but one of those laps when he wasn’t leading were down to him trailing wildly off-strategy cars on occasion.

But at the last of four restarts, he lost momentum heading up the front straight with a gearbox mis-shift, allowing long-time pursuer Alex Palou to get around him, and snatch the lead. Newgarden trailed around for two laps to claim 13 points for finishing 21st and leading most laps, instead of 53 points for the win.

The Penske-Chevrolet driver who last week lost the lead in Detroit Race 2 with less than four laps to go when his old alternate Firestones proved no match for Pato O’Ward’s hard-compound primaries, explained that on the long climb up the hill following the restart, “I couldn’t get it to shift into sixth gear. Then I got it stuck in fifth in Turn 1 and finally got it to go down, but just could not get it to upshift after that.

“I got it down to first essentially. So just trying to stay out of the way after that, because I couldn’t get it to upshift. I’m not sure what happened. Obviously it’s disappointing for all of us.”

Palou did threaten Newgarden on a couple of restarts, particularly when the pair were stuck behind off strategy cars, but the two-time champion was able to cling on to the lead without pulling any dubious maneuvers, and edged away until the next yellow.

“I know we had a great car,” said Newgarden. “We had a good car all day and were doing everything we had to do. We were surviving the yellows. Surviving the fuel game. We had a rocketship.

“Team Chevy did a good job for us. We had such amazing fuel mileage and good power. Super pleased about that. Proud of our teams, proud of our partners.

“I guess it just wasn’t meant to be again. I think we have fast cars, it’s just not working out right now.

“But now we will claw. We will claw our way back. This is not what I was planning for this day. I would have liked for us to be a little closer. But, what are we 88 [points behind]? Just a bigger challenge when we go to next race. We’ll get after it.”

The three-time Road America polesitter had been so impressive in practice and qualifying, that teammate Will Power, who finished third, admitted that not only had he and race engineer Dave Faustino migrated to the Newgarden/Gavin Ward [race engineer] setup he had also adopted a similar driving style for the track.

“I actually adopted his driving style and setup, yeah,” said Power in response to Motorsport.com’s question. “I started perfecting it during the race but only got halfway there in qualifying… Yep, I changed the way I drive.”

Power, who lost the win in Race 1 at Detroit when his car failed to restart after a red-flag, described Team Penske’s hitherto winless season as “unbelievable.”

“It's like my thing [at Detroit] was just a switch, just a weird glitch in the system, and I don't know what [Newgarden’s] was this time.

“But yeah, unbelievable. And maybe it wouldn't have happened if there wasn't a restart, but you don't know…

“They were all things that are not things that have been repeated – know what I mean? Like they're not constantly the same things. I've seen this through the years. It's just… you hate to be the ‘pioneer’ of things that go wrong and then they fix it. That was me in Detroit – had a glitch in the system. It hadn't happened to anyone else, but you being the one to find it really sucks!…

“A problem we fixed immediately and it won't happen again. But I just can't believe the luck that we're having as a team right now. It blows my mind.” 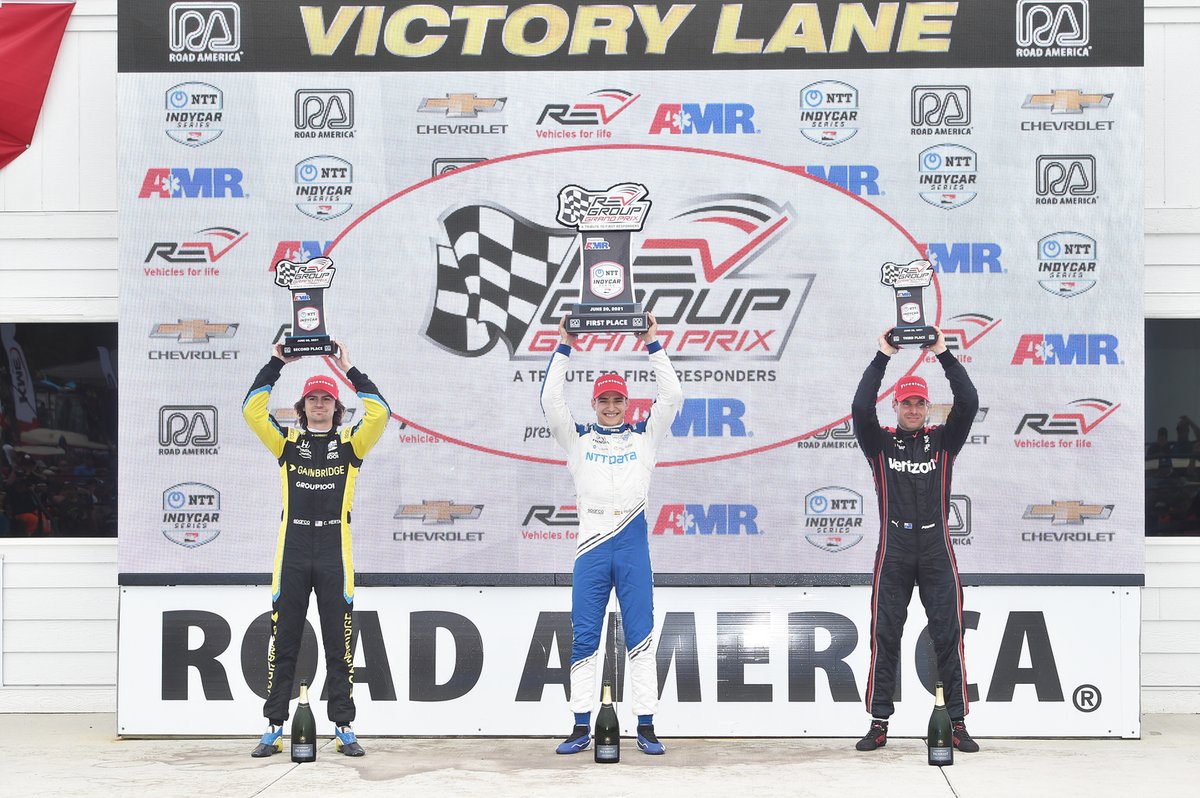 Newgarden, McLaughlin to debut in Rolex 24 Hours at Daytona

Why Newgarden was the best but lost How Newgarden delivered his best season, yet still lost