Global information technology and communications company NTT is to considerably expand its involvement in the IndyCar Series by becoming title sponsor in place of Verizon. 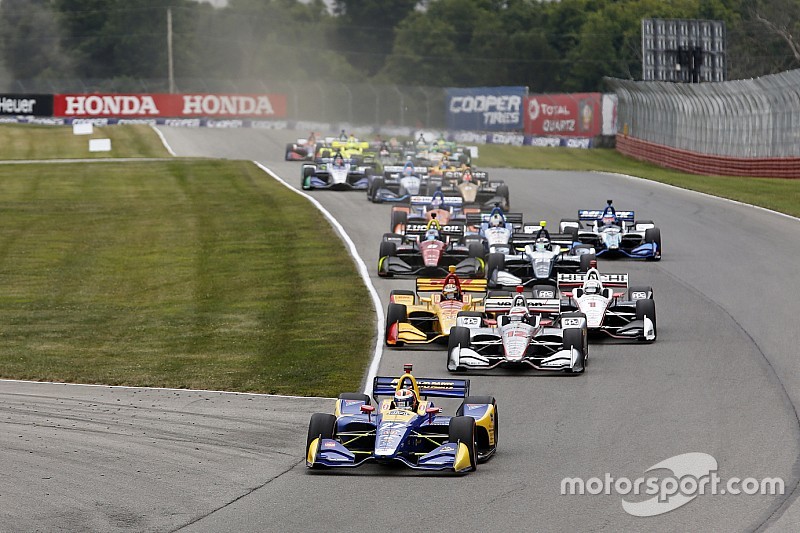 Although Verizon’s longstanding relationship with Team Penske has been further extended in a multi-season agreement, its title sponsorship of the IndyCar Series was only ever a five-year deal, and came to an end in December.

Over the last 15 months, rumored replacements for Verizon included Dubai-based Emirates airline, and also FedEx (a former CART Indy car sponsor), which is in the middle of a $1.5bn expansion at Indianapolis airport, its second biggest hub.

However, NTT Corp. (Nippon Telegraph and Telephone Corp.) the Japanese parent company of NTT DATA which is principal sponsor of Chip Ganassi Racing’s #10 IndyCar, emerged as favorites in the off-season, and today it was announced that a multi-year agreement will see NTT become the title sponsor of the IndyCar Series.

NTT’s stated aim is to enhance the fan experience by delivering digital innovations to evolve IndyCar's mobile application and by adopting NTT's proprietary Smart Platform “to support the sport and its venues in delivering better insights into the racing series.”

Plano, TX.-based NTT DATA, which began its relationship with Ganassi in 2013 at the Indianapolis 500 on Ryan Briscoe’s #8 entry, came on board full-time with the Australian driver the following season. In 2015, as Target restricted its principal sponsorship of Ganassi’s IndyCar squad to Scott Dixon’s #9 machine, so NTT DATA stepped up to become primary sponsor of the #10, then driven by Tony Kanaan.

Following Target’s withdrawal from IndyCar at the end of 2016, NTT Data became prominent on Dixon’s car as well as backing Kanaan, before Ganassi landed PNC Bank fulltime for Dixon in 2018. NTT DATA thus reverted to sponsoring the #10 which was driven by Ed Jones last year, and which will be piloted by rookie Felix Rosenqvist this coming season.

Speaking at the launch of the partnership at Detroit’s North American International Auto Show, NTT’s president and CEO Jun Sawada stated: “NTT is proud to be associated with IndyCar and accelerate the future of smart racing.

“Technological innovations have the potential to change the sport and fan experience drastically. NTT, along with our partners, aims to bring the Smart World to life as we have done for Smart City, Smart Entertainment, Smart Mobility and Smart Manufacturing.

“Based on our lengthy and successful experience, including work in mobile applications, analytics and user experience, we will help IndyCar create the next generation of fans globally who aspire to enjoy racing through a more digital experience.”

Mark Miles, president and CEO of Hulman & Company, which owns IndyCar and Indianapolis Motor Speedway, enthused about the new partnership with NTT, whose companies – including NTT DATA, NTT Communications, Dimension Data and NTT Security – generate over $106 billion in annual revenue.

“Having a strong technology partner is critically important to IndyCar's continued growth,” said Miles, “so we are thrilled to welcome NTT as our new title sponsor.

“IndyCar's rise in popularity is a testament to the fact that we've made the sport as accessible as possible to our fans and we plan to continue in that mission.

“We have a history with NTT through NTT DATA’s involvement in the sport with Chip Ganassi Racing. We know this partnership will help us attract the next generation of fans to what remains the most competitive racing program on the planet."