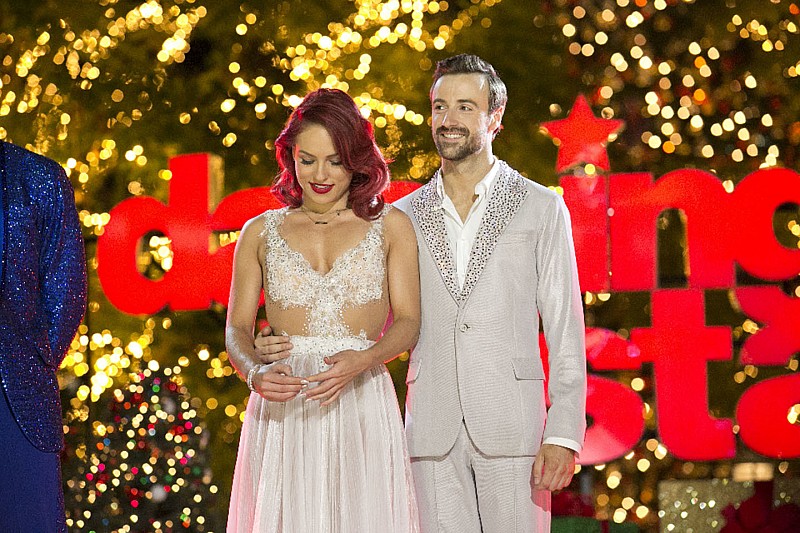 James Hinchcliffe has taken the Verizon IndyCar Series to the masses by not only displaying his charisma but also proving to be one of the show's most outstanding and memorable performers, says Anne Proffit.

James Hinchcliffe has been carrying the flag for the Verizon IndyCar Series since before the 2016 season ended. Joining ABC’s 23rd season of Dancing with the Stars (DWTS) the Canadian driver of the #5 Schmidt Peterson Motorsports-Honda was one of 13 competitors to start the show.

By the time the season finale rolled onto the small screen on Nov. 21st, Hinchcliffe was one of only three “stars” still standing, all of them athletes. Former NFL wide receiver Calvin Johnson Jr. (with partner Lindsay Arnold), Olympic gold- and silver-medalist gymnast Laurie Hernandez (partner Val Chmerkovsky) vied with Hinch and Sharna Burgess for the show’s mirror ball trophy. IndyCar’s heritage in DWTS is short and sweet, of course; the fifth season was won by Team Penske’s Helio Castroneves, who danced with Julianne Hough, now one of the DWTS judges.

It was a difficult road for Hinchcliffe, who professed to know nothing about dancing before taking on this new 11-week challenge. Yet he rose to that challenge and earned second place to Hernandez, whose dancing background far exceeds his. Johnson Jr. completed the DWTS podium in third place, thus this was the first time all three finalists had athletic backgrounds.

“If you had told me at the start that we would have ended up in the runner-up position, I wouldn't have believed you,” Hinchcliffe said. “It was a huge, huge reward for a lot of effort that both Sharna and myself put in. I can't thank her enough for all that effort and for being so good at her job to make me capable of being part of a team that got up that high in a very tough competition.”

The DWTS season began a week before the Verizon IndyCar Series season finale at Sonoma Raceway in mid-September. “I didn’t have obligations to my day job to fulfill, so I could give myself to it,” Hinchcliffe said. “To finish runner-up to someone who is an Olympic gymnast, I think is a pretty impressive feat for someone who sits for a living!”

One of the biggest challenges for him was performing before a visible and audible audience. “Unlike athletes from other sports, in racing, although the crowds are just as big if not bigger, you don’t see them, you don’t hear them. When you’re doing something in front of a live audience, it has an effect. Every time you did a move the crowd liked, they let you know and it kind of caught me off-guard. I’m not used to hearing people cheer every time you make a pass on the track; you’re so hyper-focused on what you’re doing. So I had to teach myself to make sure it didn’t throw me off.”

During these weeks of training to dance, Hinchcliffe relied on his ability to work in an analytical manner.

“I am used to looking at data and applying it on the racetrack,” he said. “Watching video of other dancers, playbacks of our own videos to see what I was doing, that was the fastest way for me to learn, to see what needed to be done and apply it.”

Just like in racing, there would be practice, debriefing and, each night Hinchcliffe would “sit in bed, watch the different sections, try to beat the little notes [Sharna] had for you into your head. That was my life every single night for the last three months.”

The intensity of dancing for 11 weeks wrought a change in him, physically as well as mentally. He lost a bit of weight and is far more sinewy than before because the requirements are so different from what’s necessary to wheel an Indy car.

“The muscles you need, the type of endurance you need to dance is very different. While it’s an incredible amount of work, an incredible workout, I’m going to have to go back to the gym and get back what I need to be competitive in an Indy car.”

What will be different? “Maybe my feet will be a little more gentle on the throttle but that’s about it.”

By the sixth week, when judge Hough described Hinchliffe as the best male dancer DWTS had featured, after his scintillating rumba, “I started to gain a little more confidence in what I was doing. I started to adjust to the way Sharna was teaching, really forcing me to lead more, to kind of be the role that I should be in the traditional ballroom pairing,” he said.

In the middle of this competition, a knee injury to Sharna Burgess threw a monkey-wrench into Hinchcliffe’s preparation, even though Burgess remained to teach the steps in each dance. Eliminated pro Jenna Johnson became Hinch’s partner for three weeks of dance. “Sharna was still there to help on the coaching and teaching side. Jenna obviously did an incredible job with us for the three weeks and we thank her for that. I was lucky we still had Sharna in the room kind of running the ship.”

Learning two dances each week would take its toll on anyone without the work ethic Hinchcliffe, who turns 30 early next month. Not only did he need to learn the steps; he also needed to redirect his emotions, which he  sublimates in racing but injects into his dancing.

“It’s something that Sharna worked very hard with me on,” he said. “We got to the point where she could really start embracing creative concepts that had characters, because she was confident we’d be able to perform them the way she wanted.”

In the 11th week of the contest, the ‘Mayor of Hinchtown’ – whose website is a peek at the driver’s irreverent sense of humor – danced with Burgess in a freestyle that depicted the period of time where Hinchcliffe lay close to death in hospital following his 2015 Indy 500 practice crash.

When the 100th Indianapolis 500 rolled around this May, Hinchcliffe scored a memorable pole position and showed every doubter he was not only healed physically but mentally too.

He commented: “To me, that made it a lot easier to talk about [the accident]… but when we had the opportunity to fill that gap in the story, to almost give it a bit of closure, it was an opportunity I couldn’t pass up. I subconsciously made a decision to fight for my life. Dr. Pohlman [his surgeon] firmly believes that some sort of fight inside me helped him do his job and ultimately got me through that.”

To podium in his first dance contest was a great success for James Hinchcliffe, even though, as a competitive soul, winning was the objective. Still, he was happy to promote the Verizon IndyCar Series and hopefully bring more new fans to the sport. Some of his DWTS competitors want to experience the exhilaration of the sport; hopefully they’ll bring their fans with them.