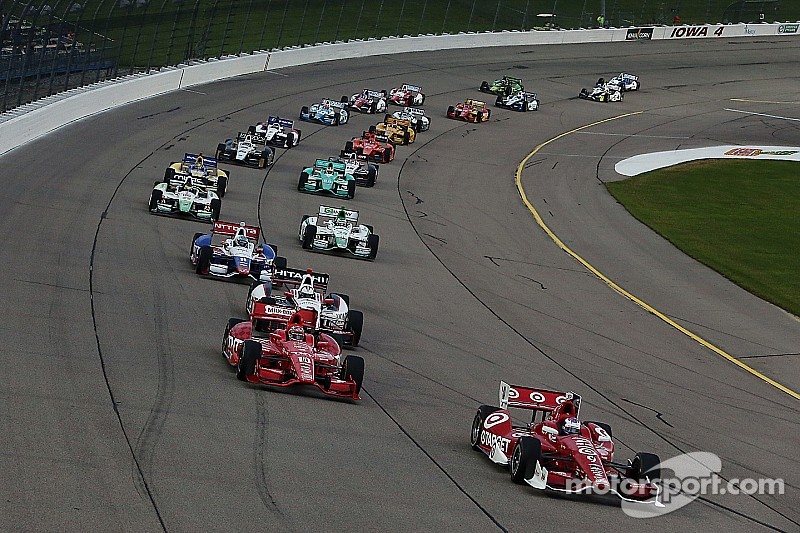 Why are ovals fading out of IndyCar?

The origins of oval racing

Automobile oval racing is inherently an American product. The county and state fairgrounds’ horse tracks allowed racing to be brought to the masses. Indianapolis may have received the publicity, but oval racing came of age on dirt all across the country. As for-profit board tracks and dirt ovals started popping up, fans had accessible and entertaining racing. Life was good for many years.

But dirt gave way to pavement. It was faster, cleaner, and modern. Fans flocked to see the stars of their day drive in circles in open-wheel race cars. The modern rear-engined IndyCar has its roots in F1 and road courses, but they were also designed for ovals. The specs of the two series diverged.

Promoters are treating ovals like the toxic money-loss that they are.

The current DW12 is a robust beast that handles road and street courses well and is extremely competitive on ovals if the series gets the aerodynamic rules right for a particular track. Let’s face it; it was designed for Indianapolis. Even de-tuned, it is close enough to as fast as anyone wants to go there.  Recent Indy 500’s have had edge-of-your-seat racing and piss-your-pants passing. That’s good, right?

With fantastic racing, why are oval tracks fading away?

Well, with that kind of action, why are ovals drying up like autumn leaves in October? We can rehash the old reasons like the stubbornness of CART, the willfulness of Tony George, the ascendancy of NASCAR, and the ineptness of IndyCar management. All are true, to one degree or another, and have led us to this point. This point being one where no one wants to host and promote an oval and, apparently, no one wants to watch a race on one either.

People want to be entertained. IndyCar may have the best on-track product of any major racing series, but they do not put on much of a show at an oval. A road or street course will have on-track action throughout a weekend with the likes of three Mazda Road to Indy series, the Pirelli World Challenge, the Tudor Series, and Robby Gordon’s Stadium Trucks as well as a circus-like atmosphere at street courses.  Indianapolis gets away with race day because of the tradition, pageantry, and debauchery, but even Indy has lost the shine on qualification weekend.

Indianapolis should be followed as an example

The Indy 500 is moving in the right direction, though. Concerts and glamping helped this year.  Other venues need to follow suit, and the Verizon IndyCar Series needs to help. Promoters are treating ovals like the toxic money-loss that they are. IndyCar needs to pack up its own circus, support series, and musical performances and take them on the road. Once an oval is popular and profitable, the series can wring more money for its services or allow the promoter to do his or her own thing.

If the series really wants ovals on the schedule, it has to do something. If a business has a supply that no one want, they need to manufacture the demand. That’s promotion.  IndyCar has made a big splash with its recent hires and series sponsorship. Now it needs to perform.

William Shakespeare wrote that “What’s past is prologue.”¹  If you don’t mind a moment of existentialism², we are always in THIS moment. There is no other.  It doesn’t matter what brought ovals here, it only matters what the series does now to save a vanishing breed. Let’s hope they find them worth saving.

1.  The quote is from The Tempest.  In the play, it helps justify murder.  That seems excessive.  I’m just looking for a little promotional help from the series.

2.   existentialism: a philosophical theory or approach that emphasizes the existence of the individual person as a free and responsible agent determining their own development through acts of the will.  I think IndyCar fans should have a strong vocabulary.  It makes it easier to insult NASCAR fans and run away before they figure it out.

Hamilton says he was "struggling" before grabbing pole