O’Ward crashes at Indy, gets airborne, walks away 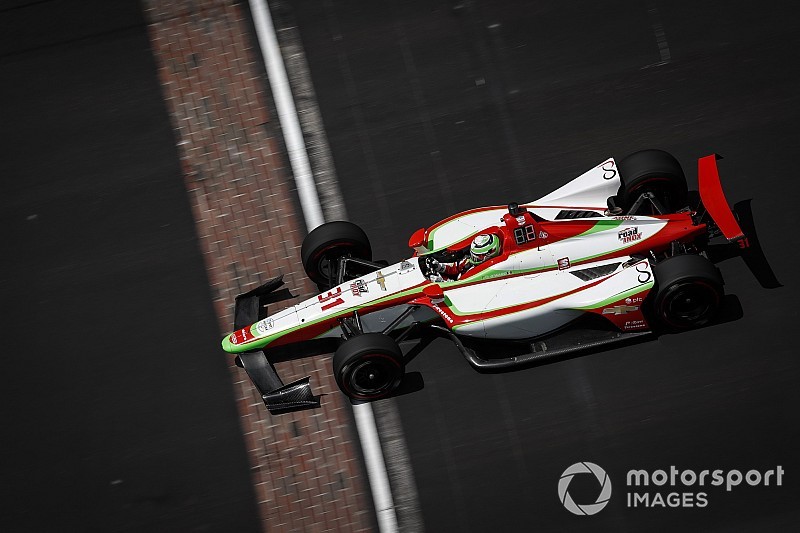 Carlin-Chevrolet’s rookie, reigning Indy Lights champion Patricio O’Ward, had a heavy hit in Turn 2 during the third day of practice for the 103rd Running of the Indianapolis 500.

The 20-year-old Mexican star was trailing three-time Indy 500 winner Helio Castroneves 80 minutes into the seven-hour practice session when he appeared to turn in too sharply on the short chute, similar to Felix Rosenqvist’s shunt yesterday.

The tail of O’Ward’s car snapped around and he spun through 270 degrees before making his first impact with the outside wall with his left front wheel, then his left rear. The car was knocked sideways so it was at 90 degrees to the intended direction of travel.

The car got airborne until it was 90 degrees to the track surface before crashing back down the right side up.

O’Ward was able to step out unaided and 30mins later was cleared by IndyCar Medical to drive again.