© 2021 Motorsport Network. All rights reserved.
TV Buy tickets Store
Previous / Gallery: IndyCar testing at Laguna Seca Next / O’Ward on dumping IndyCar ride: “I have done what I had to do”
IndyCar / Breaking news

Reigning Indy Lights champion Patricio O’Ward has been released from his contract with Harding Steinbrenner Racing after just one IndyCar race. 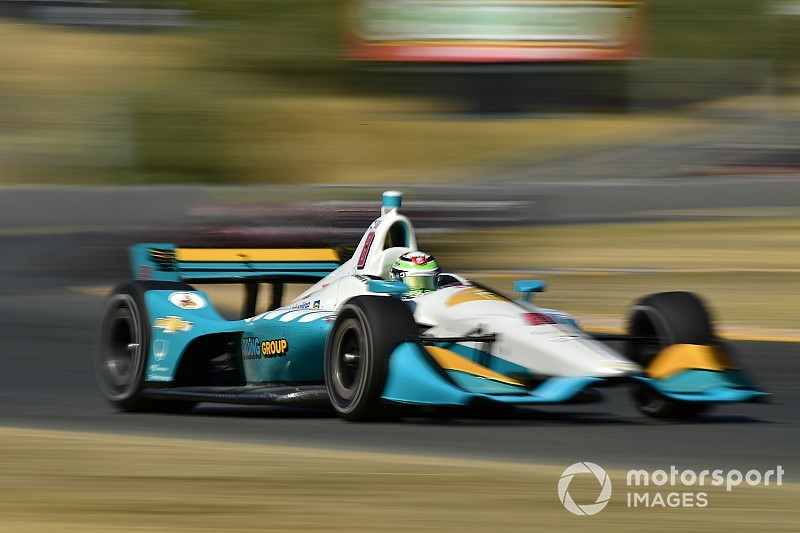 O’Ward made a startling IndyCar debut at Sonoma’s finale last year, qualifying in the Firestone Fast Six and finishing in the Top 10.

However, despite the promising statements made last year that he would again partner his Indy Lights teammate Colton Herta as HSR expanded to two cars, it later emerged that the team’s deal with Honda was for one fulltime engine lease and another for the Indy 500.

Today, O’Ward announced the relationship with HSR is now over.

“The Harding Steinbrenner Racing team supported my decision to seek a new opportunity by releasing me from my contract and allowing me the opportunity to find a new team before the start of the 2019 season," he said.

“Now, I am fully focused on finding the right opportunity and how I will use my scholarship from Indy Lights for 2019."

O’Ward on dumping IndyCar ride: “I have done what I had to do”