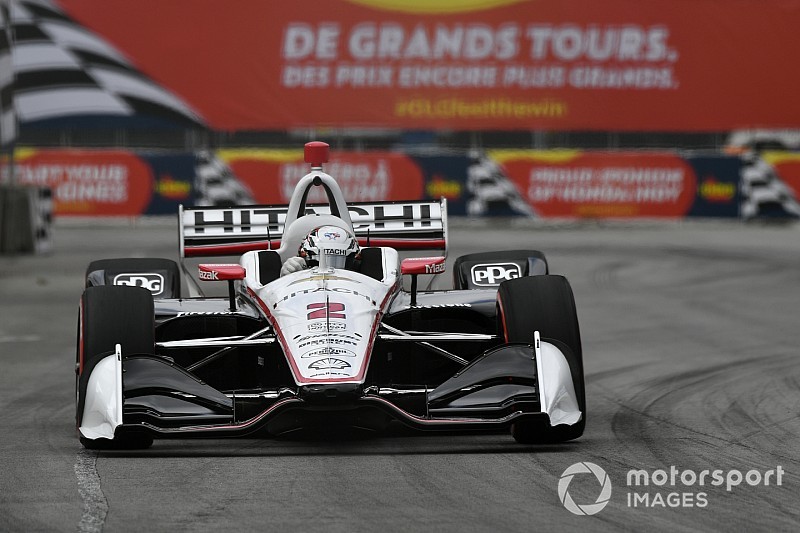 The Team Penske-Chevrolet trio were left with emotions that spanned everything from exhilaration to frustration after qualifying for the Honda Indy Toronto.

Polesitter Simon Pagenaud, who could almost be considered a specialist at Toronto – he usually outpaces his teammates here – yet has never won the race, looked composed apart from one trip down an escape road and a couple of understeering moments on out laps, and he earned the 13th pole position of his career.

Pagenaud, reigning Indy 500 winner, said: “It was a great day, really. Great weekend so far. I've had the most fun ever in Toronto.

“The car has just been amazing. Chevrolet provided us a bit of an update this weekend and I think it's really showing. I think the horsepower down Lake Shore [Boulevard] really helped to get pole.

“But also, just tying every corner so well together. It's so exciting in the car. I just had so much fun just being on the limit and finding further limits every lap. It was just a great lap."

Newgarden, who broke the right-rear toelink of the #2 car on a wall exiting the final turn, but claimed fifth on the grid said, “I went for it in the Firestone Fast Six. I knew it was going to take a big lap and I just went for it. I was really aggressive in Turn 11 and got into the wall and bent the toelink.

“We got a good starting spot. The top six is where you need to be, so now we can race. I think our racecar is good. I just don't have enough data yet. It's good we have a warmup [session tomorrow morning]. That will help us. Just how strong are we gonna be? I don't know yet.”

While Newgarden tried a variation of Pagenaud’s soft, compliant setup for the fearfully bumpy Toronto streets that also feature several surface changes, Will Power couldn’t make his own setup work and spun out of the final corner in practice yesterday, thankfully without making contact with anything solid. For today, he reverted to the ‘full-Pagenaud’ setup but still couldn’t escape Q1. He will start 15th – the first time he’s failed to qualify in the top dozen on a road/street course for more than four years.

The three-time Toronto winner, explained: “I've had a bit of a rough weekend so far. We've taken some big swings in set up. We just didn't get it today.

“I had some bad shifts on the lap that would have got us through [Q1] but we just weren't good enough. I think I lost a little confidence when I spun in the first practice there in Turn 11. We are just a ways off.

“If there are yellows, we can make up the positions. We are hoping for one of those races tomorrow.”