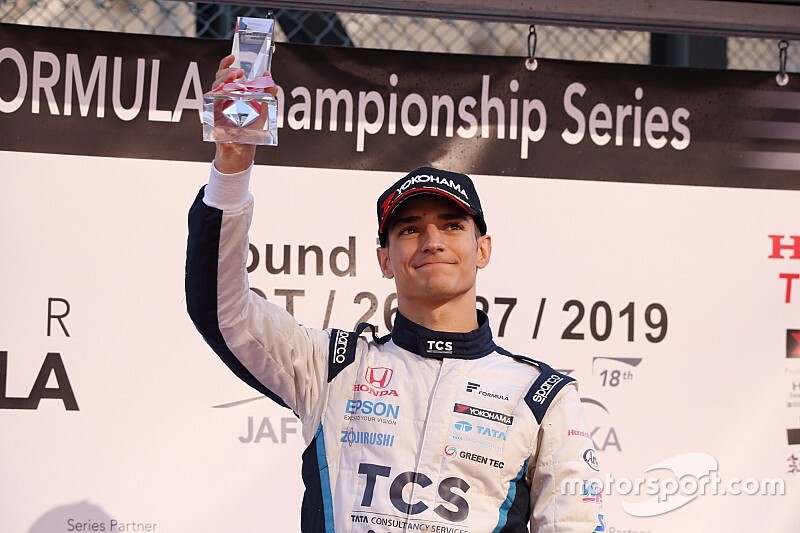 The 22-year-old Spaniard Palou will tackle the full 17-race IndyCar season after a rookie Super Formula season in which he scored one win, three pole positions, finished third in the championship and took Rookie of the Year honors. Prior to Super Formula championship, Palou raced in the Japan Formula 3 Championship, finishing third in the year-end standings on the strength of three wins and five pole positions.

His DCR entry will be entered under the name Dale Coyne Racing with Team Goh. Team Goh won the 1996 All Japan Grand Touring Car Championship and in 2004 joined the ranks of privateer teams to conquer the 24 Hours of Le Mans, when Seiji Ara, Tom Kristensen and Rinaldo Capello triumphed in an Audi R8.

Said Palou: “I’m very excited about coming to America to race Indy cars. I’m grateful for all that have helped me get to this point of my career and especially Dale Coyne and Mr. Kazumichi Goh for giving me this opportunity.”

Coyne, who had hinted to Motorsport.com that Palou was at the top of his shortlist earlier this month, added: “We’re very pleased to partner with our friend of many years Kazumichi Goh in this collaborative effort for 2020. We tested Alex at Mid-Ohio earlier this year and he impressed everyone. His rise in performance over the past three years shows great promise for the future.”

Kazumichi Goh commented: “Alex shows great promise and we all are excited to continue our relationship with Alex to see him progress his career towards IndyCar series. It will be an honor to be part of Indianapolis 500, the greatest spectacle in racing, and we hope to have the same success we achieved at Le Mans 24hr race by great team collaboration between Alex and Dale Coyne Racing."

Santino Ferrucci is expected to return to Dale Coyne Racing for his second IndyCar season. Palou effectively therefore replaces Sebastien Bourdais who was ditched last month, and who will race for the JDC-Miller team in the 2020 IMSA WeatherTech SportsCar Championship.

Palou: IndyCar ride “a dream” for the last two years