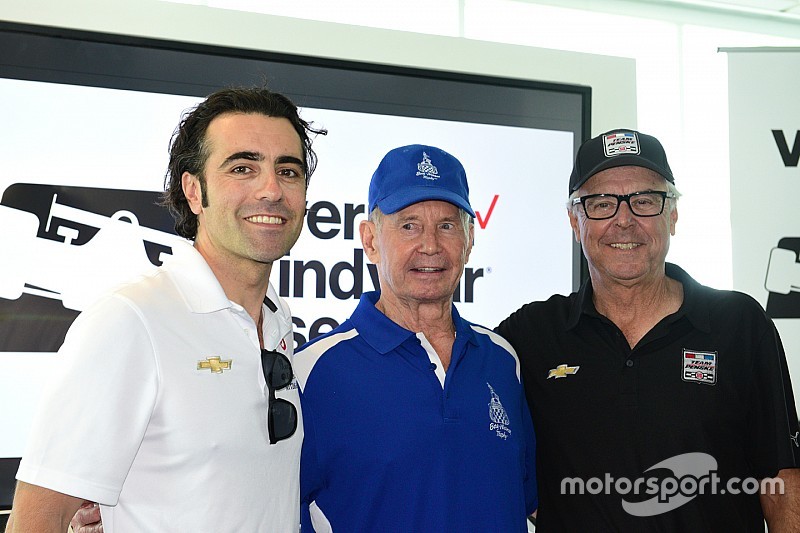 The 1963 Indy 500 winner says although he could or should have been the first four-time winner, the satisfaction of conquering Indy just once still overrides the disappointments.

Parnelli Jones, regarded by many as the greatest driver around Indianapolis Motor Speedway, says that the near-misses do still bother him on occasion, but that it makes him savor his win even more.

Jones, Dario Franchitti and Rick Mears were speaking at a Verizon Lunch with Legends function in the IMS Pagoda, regaling the assembled media with stories on how their relationship with the Brickyard began. Jones also related the tale of driving the famous STP Paxton Turbine car, which famously let him down with two laps to go in the 1967 race which he had dominated.

Jones told Motorsport.com: “You’re right I could have won it four or five times but you’ve gotta run the last lap! But the Speedway was good for me – is still good to me. This is my 56th year coming here.

“The thing about Indianapolis is that it gives you a title for all time, it opens doors for you forever. I won a lot of races in other cars – sprint cars, midgets, stock cars, Baja 1000, because that’s what a lot of us did in those days. But even so, I’m introduced as the ’63 Indy 500 winner. That’s the status this place gives you.”

Jones said he was hooked on Indy from his first 500, which he led until being struck in the face by a stone which affected his vision.

“That was painful, and also frustrating,” he said. “We still finished [12th] and got Rookie of the Year, but I remember getting out at the end of the race and I just couldn’t wait to get back here. I was just thinking about how I wanted the next Indy 500 to be the next day.”

Jones said he thinks the history of the place still triggers that reaction in drivers and helps make the race special to everyone who competes here.

“Yeah, I’d say the desire to run here comes from the history and to get that title of winner. I did a lot of hard racing on high-bank tracks and so on and they were big wins. But Indy 500 is the one you most want.”

Asked if there was an extra-special vibe as a result of this being the 100th Running, he said, “Yes, I think so. There isn’t enough people come here for qualifying, but aside from that the place has sold out. We had trouble finding tickets for our friends, and when you consider the tickets were all gone weeks before the race, you realize this is a major deal.

Jones said he approved of the quality of racing produced by the Dallara DW12s, stating that “It’s been a long time since we had a bad race here.” He cited Franchitti’s battle with Takuma Sato in 2012 and Juan Pablo Montoya’s battle with Will Power last year as two examples of great finishes to the race.

However, Jones did say there was something missing from the fan experience when all the cars are the same.

“We don’t have that creative thing we had in the early days,” he said. “Having teams bringing something a little different created interest. The rules weren’t as strict then as they are now.

“But I think there’s no question having a lot of cars fighting for the win has made the race very popular with fans today.”

IndyCar files a lawsuit against organizers of failed Boston race