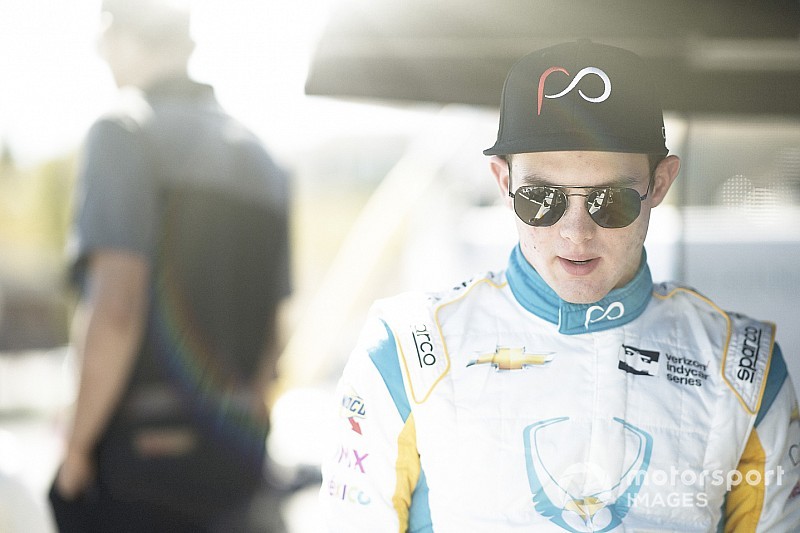 Patricio O'Ward will contest the majority of this year's NTT IndyCar Series races with Carlin, it has been announced.

O'Ward, 19, was left without a ride when he split with the Harding-Steinbrenner Racing squad last month after it emerged the team did not have a second full-season Honda engine lease.

But the 2018 Indy Lights champion has now inked a deal with Carlin that will see him pilot the British team's #23 entry for 12 of this year's 17 races (including the Detroit double-header), beginning with this month's second round at the Circuit of the Americas.

He will share the ride with Charlie Kimball, who has dropped back to a five-race program this year, and drive a third Carlin-Chevrolet entry in the Indianapolis 500.

It means O'Ward will only be skipping this weekend's season opener in St Petersburg as well as the races at Texas, Pocono and Laguna Seca on the 2019 schedule.

“I wanted to start off by saying that I’m so excited to get this 2019 NTT IndyCar Series season underway and I’m extremely grateful for the opportunity that Trevor Carlin has given me to drive for his IndyCar team and Team Chevy,” said O'Ward.

“I’m just thankful that he and the whole Carlin team really believe in me and I’ll give it my all to show them that I’m ready to tackle any challenges ahead of us starting in a few weeks at COTA.

"I just don’t think I can properly express how excited I am for this opportunity. It’s been a very stressful past few weeks given my circumstances and it’s been a bit of a hustle trying to find a new home in the NTT IndyCar Series for myself, but I couldn’t be happier about landing at Carlin.”

Team boss Trevor Carlin commented: “I’ve had the pleasure of working with many talented drivers over the years, many of whom now race in the NTT IndyCar Series, Formula 1 and Formula E to name a few, and in Pato I really see a spark similar to some of our highest achieving alumni.

“He’s a hugely promising talent who deserves this opportunity and has a massive amount of potential. As a young Chevy team, we are incredibly driven and excited to help him achieve his goals in this 2019 program.”

The #23 Carlin entry was piloted by RC Enerson during last month's Spring Training test at COTA.

Schmidt: “I’ve never been so excited ahead of an IndyCar season”