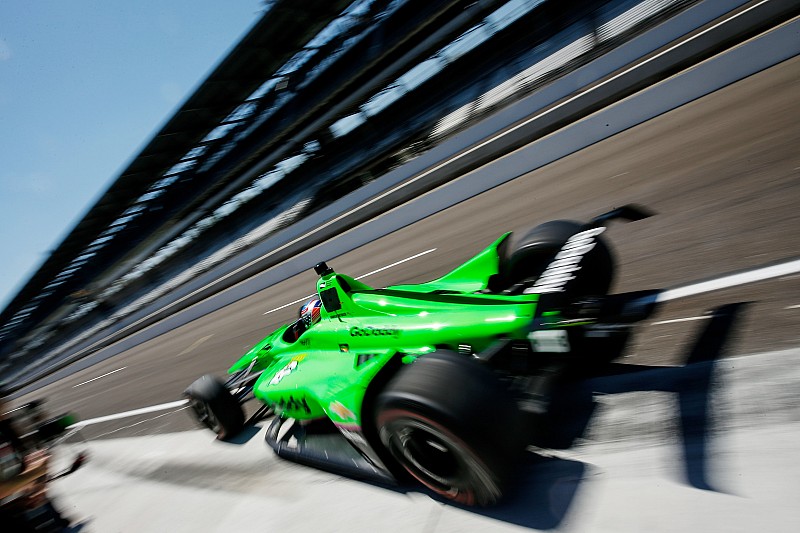 Danica Patrick, Jay Howard and Sage Karam have officially completed the Refresher program at Indianapolis Motor Speedway to allow them to compete in qualifying for the 102nd running of the Indianapolis 500.

Despite a delay to the start of her program, Patrick wound her Ed Carpenter Racing-Chevrolet to a fastest run of 218.500mph, and clicked off a sequence of 217mph laps to complete her sequence.

Patrick, who started and finished fourth and led laps on her Indy 500 debut back in 2005, was returning to an IndyCar cockpit for the first time since 2011. The #13 Ed Carpenter Racing-Chevrolet ran a total of 52 laps.

Jay Howard topped the three-car, three-hour session with a 219.648mph best in the #5 Schmidt Peterson Motorsports-Honda which had also been pressed into service in the morning’s Rookie Orientation Process. When Robert Wickens’ #6 SPM car encountered a gearbox problem after Phase 1 of ROP, the Canadian was forced into teammate James Hinchcliffe’s car to complete the test.

Despite being eligible to continue to testing into the afternoon, none of the rookies – Wickens, Matheus Leist (AJ Foyt Racing) or Kyle Kaiser (Juncos Racing) – shared the track in the afternoon session.

Zarco: Joining Avintia would be "same mistake" as KTM move