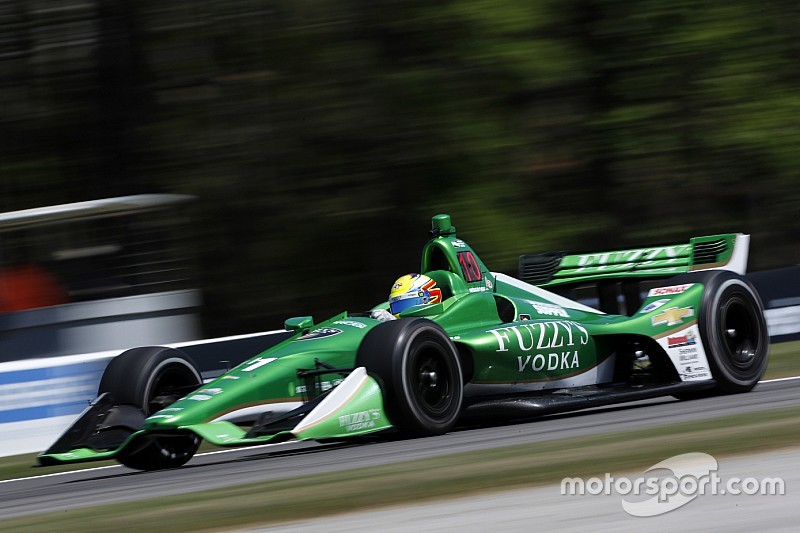 Spencer Pigot will remain with Ed Carpenter Racing for the 2019 IndyCar series for his second full-time season at the outfit.

Pigot will stay on for a fourth campaign with ECR, having joined the team in 2016 as the reigning Indy Lights champion. His first two seasons were spent sharing the #20 entry with team boss Ed Carpenter.

Pigot scored his first IndyCar podium earlier this year at Iowa, and qualified for the Fast Nine at the Indianapolis 500 in May.

Last time out Pigot finished fourth at Portland as he continues a strong end to his season ahead of this weekend's final race race of the season at Sonoma.

“I’m extremely happy to be returning to Ed Carpenter Racing for the 2019 season," said Pigot. “I have to thank Ed Carpenter, Stuart Reed and Tony George for giving me the opportunity to race for their team once again.

“It’s been great to compete in my first full season of IndyCar racing this year and I look forward to building on that next year.

"We have a lot to look back on and learn from. We will be working hard over the offseason and will be able to hit the ground running when we get to next season’s opener in St. Pete.”

Team boss Carpenter added: “I am really happy to have Spencer back in the #21 car for the 2019 season. We have always believed that Spencer has the potential to compete for race wins and championships and he has really showed that in the back half of this season.

“Hopefully we can break through this weekend at the season finale and get ECR back in the win column."

Pigot also paid tribute to Carpenter for his role in helping him master oval racing. Carpenter only races in the oval rounds, meaning Pigot had limited experience of that style of racing until he jumped in the full-season entry.

“I’ve been able to learn so much from Ed, by him sharing his knowledge with me and just being on track with him," said Pigot. “Even though there were several ovals I hadn’t raced an Indycar on prior to this year, Ed helped me feel like I was a stronger driver each time out.”

Formula 2 convert Jordan King has shared driving duties with Carpenter in 2018, with the British driver keen to make a fulltime career in the series.