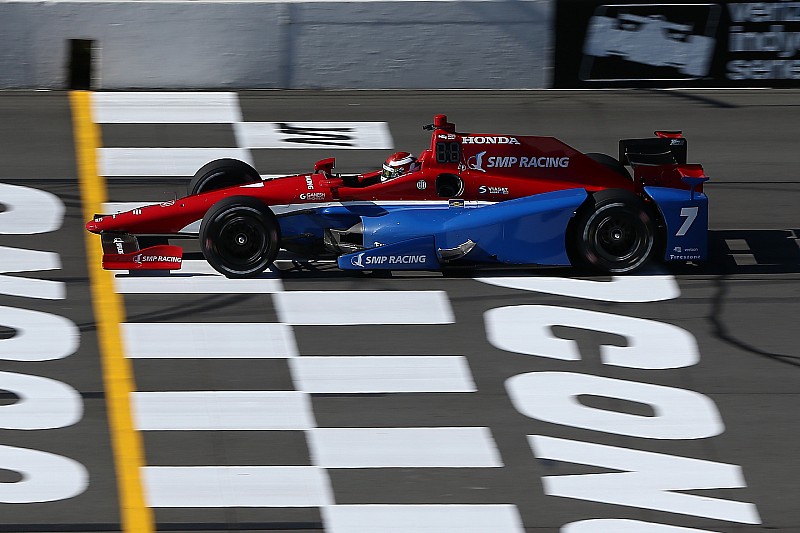 The ABC Supply 500 has been pushed back to noon Eastern Time Monday, due to heavy rain and a dismal forecast for the remainder of the day.

The race was due to start today at 3pm ET but with the track having been soaked by relentless rain for the past two hours, and with no let-up forecast for several hours, IndyCar has been forced to postpone the race.

NBCSN will broadcast from Pocono live from noon, with the green flag due to drop at 12.09pm. Forecast for Monday is 70 degrees and sunny.

The weekend had been blessed with blue skies until 11am today, but a huge weather cell has moved in, and with no lights around the 2.5-mile tri-oval, the series was left with no choice but to postpone.

This is the second time this season that an IndyCar race has been heavily affected by rain. Texas Motor Speedway's Firestone 600, originally due to be held on Saturday, June 11, was rained out and postponed until the Sunday.

However, the race was just 71 laps old when the weather moved in once more, and was put on hold until next weekend, Saturday, Aug. 27.

Tomorrow's race at Pocono will see Schmidt Peterson Motorsports-Honda's Mikhail Aleshin start from pole position for the first time in his IndyCar career.

Simon Pagenaud: the man who would be IndyCar king