Sebastien Bourdais set the fastest time in second practice for this weekend’s Grand Prix of Portland, but at the end of his lap he nosed hard into the tire barrier at the final corner. 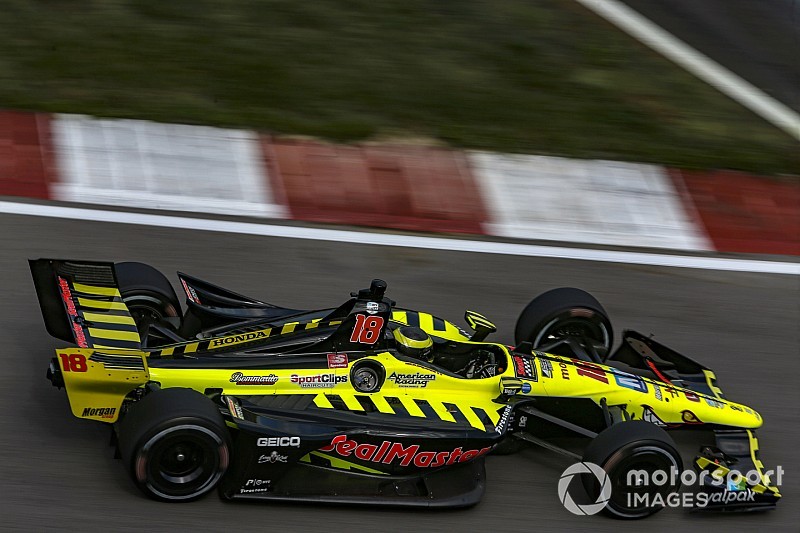 Bourdais’ Dale Coyne Racing-Honda had just edged hitherto pacesetter Will Power of Team Penske-Chevrolet by 0.0289sec when he locked up going into the final corner, the car went off and straight into the tire wall.

However, the Coyne crew was able to change just his nose section to allow him to participate in the 'warm-up'/pitstop practice session that followed.

The frontrunners were able to run their red tires in FP2 but likely didn’t get the best of them as Bourdais’ time on the alternate compound was some 0.5sec off Colton Herta’s top time of the morning set on primary tires.

Bourdais’ incident was similar to that suffered by compatriot and current P2 holder in the championship, Penske’s Simon Pagenaud, who locked up and slid off the track at the same corner but was able to alter his trajectory in time to avoid the tire wall.

He would end up seventh, behind top rookies Felix Rosenqvist and Colton Herta in third and fourth, and fellow title protagonists Josef Newgarden and Alexander Rossi.

Scott Dixon was only 11thin the second Ganassi machine, while series returnee Conor Daly was 21st, this time within half a second of temporary teammate Hinchcliffe.