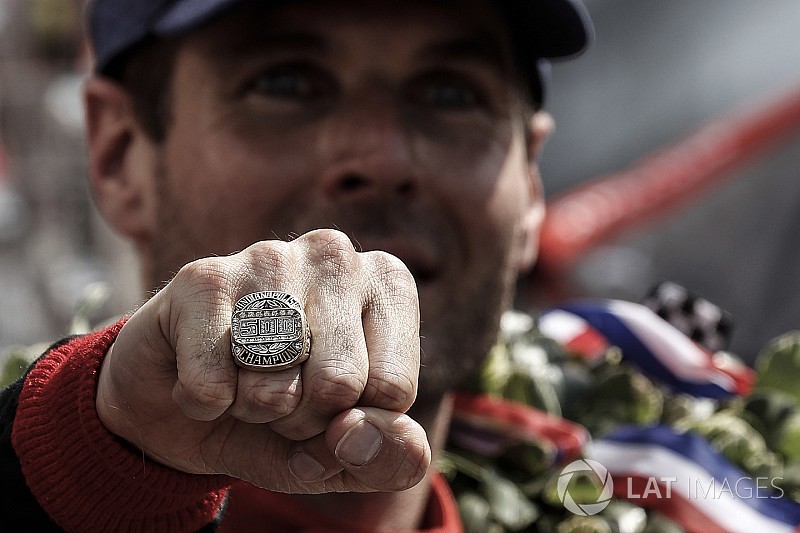 The traditional ‘morning after’ winner’s press conference at IMS saw Will Power state that he knew it was going to take an Indy 500 victory to gain recognition as one of the stars in IndyCar history.

Despite 33 previous wins (ninth all-time) and 51 pole positions (third all-time), Power admitted that his frustration over trying to nail an Indy win had become a burden.

“Such a weight off of my shoulders,” said the Team Penske-Chevrolet driver, who racked up the squad’s 17th triumph in this event. “I don't have to have those questions any more about what it would mean to win the Indy 500. Now I know… and I can't put it into words. I was aware before that that I won three 500-mile races. This was the one that I just couldn't get done and now I have.”

He then moved onto the topic of respect, a word heard in his comments over the radio as he drove back to the pits after taking the checkered flag. Echoing a sentiment expressed in a recent Commentary here on Motorsport.com, Power said: “It was just the whole frustration I've had through my career of winning a lot of races, winning more poles, more wins than anyone probably the last almost 10 years, but not winning this race.

“I had those feelings where I was going to finish my career without even really being recognized as a very winning driver because I hadn't won this race. It kind of came from that, I guess.”

On the subject of respect from his rivals, however, Power said that he was thrilled to be congratulated by peers, as Oriol Servia, Alexander Rossi, Ryan Hunter-Reay and Graham Rahal all walked out onto the track to greet him as he completed the parade lap on the back of the Camaro. Former fierce rival Dario Franchitti and Simon Pagenaud also broke into Victory Lane to congratulate the 37-year-old Australian.

“I saw Rossi, Ryan Hunter-Reay, Graham walk out to congratulate me, and Oriol. They're all guys I respect massively, guys that are great for the series, too, especially the Americans. That means a lot to me. Dario came up; meant a lot to me. So many people were really happy to see me win.”

He went on: “It's such a great group of drivers we have in IndyCar right now. The most competitive set of drivers we've ever had. You look down the field week in, week out, there's not a guy who you would say, ‘He couldn't win a race.’

“When you get that continuity of drivers, where they're coming back year after year, there comes a lot of respect. When you're racing those guys, you come to understand it’s a really good situation. It actually makes the racing safer because everyone has respect for each other, the guys that have been around a long time.”

Power also paid tribute to his chief rival for the win yesterday, Ed Carpenter, complimenting him on his talent but also his work as a team owner.

“[Ed] was the guy to beat; I knew if I beat him, I was going to win the race. He’s one of the best oval drivers around.

“You got to give him full credit for what he does for young drivers, young American drivers. He gives them a chance. Some of these guys, they come and they only get one year. It's just so hard to prove yourself. Ed, he's a team owner in the paddock who gives young people a shot to show what they can do.

“Like Newgarden. Without Ed, Josef wouldn't have been able to get to Penske. [Ed is a] great person for the sport, great family man, great racecar driver.”

“They knew we were here,” says Foyt after Kanaan stars at Indy