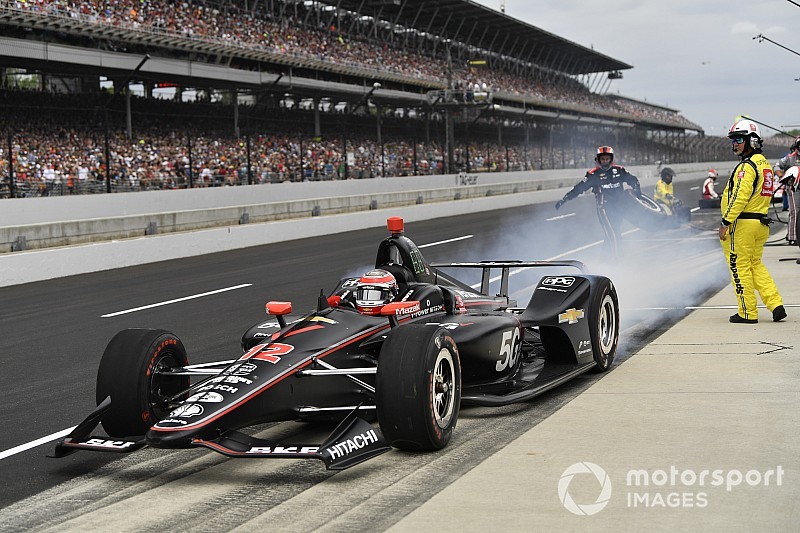 Will Power says that having seen the video evidence, he now realizes he hit his refueler in his second pitstop in the Indy 500, and that his initial reaction regarding his punishment was wrong.

The 2018 Indy 500 winner was running second to eventual 2019 winner and teammate Simon Pagenaud for most of the first and second stints, when he slid slightly too far as he came into his pitbox under the second caution of the day. In doing so he knocked the leg of his refueler Quinton Washington who had to shuffle sideways to realign the fuel hose with the car’s buckeye.

IndyCar Race Control has strict guidelines on pitlane safety, particularly for crew members, and penalized Power so that he had to take the restart from the rear of the 30-car field still circulating at that time, although that was P21 due to eight lapped cars.

With two very strong restarts following the two remaining cautions, and aided by the Sebastien Bourdais-triggered five-car pile-up, Power was able to pass Ed Carpenter for fifth place with five laps to go and finish only 1.6sec behind Pagenaud.

At the Indy 500 banquet last night, Power said: “I didn’t say much on the radio when I got the penalty but when I got out of the car, my team said, ‘You didn’t hit anyone, you didn’t deserve the penalty’.

“I was so mad I was telling people in the media how bad Race Control was. I was going on and on.

“And then I went in to Race Control and they showed me the video – and I definitely hit the guy, no question. On the way out, I said, ‘I may have said something in the media because I thought you guys made the wrong decision,’ – and then I got out of there real quick!

Regarding his pace on race day, Power said: “I had an amazing car. I’d struggled all month, to be honest, but we made some changes overnight, the night before the race, and the car was great.

“It’s tough when you go 30 cars back in all that [dirty] air but we were able to make our way up and I was really happy with fifth at the end of the day, honestly, to get up there on a double-points day. But you want to come back and win the race.

“I got a really good view of the battle that was going on at the front. I joined the party late but it was great.”

From the stage, Power went on to congratulate team owner Roger Penske for 18 wins in his 50 years at Indianapolis Motor Speedway, before addressing Pagenaud directly saying: “I know how it feels. It’s just amazing to win this race in front of that many people. It’s just an amazing event.

“And you deserve it, winning the Grand Prix the way you did, and really you were just so strong all month – pole and race win [in the 500] – just fantastic. So really enjoy it and congratulations to all the team.”

Ferrucci confirmed as Indy 500 Rookie of the Year

Rossi on the science behind his Indy 500 near miss