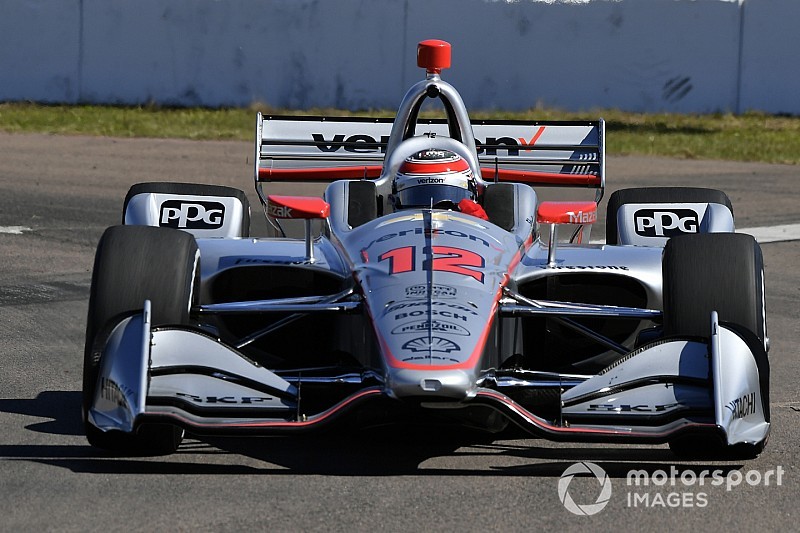 Will Power says he wasn’t expecting to get pole for the IndyCar season-opening Firestone Grand Prix of St. Petersburg, despite this being his eighth P1 award in the last 10 events at the circuit.

Team Penske-Chevrolet teammate Josef Newgarden had slightly fresher Firestone ‘red’ (soft-compound) tires for the Fast Six shootout for pole, because he hadn’t needed to set a second flying lap in Q1 Group 1 due to red flags ruining the laps of some key rivals.

Power therefore reckoned the 2017 champion would have an advantage – but also expected both of them to be slightly off the pace having struggled through much of practice.

“Yeah, actually I think it was the nap I had before,” he mused. “I actually had a really good nap. It actually felt sweet, kind of fresh.

“It's been a tough weekend. We were 10th in practice and have just slowly worked on the car and got it better and better and better, and even in qualifying we were making some kind of big changes.

“By the time we got to the Fast Six, we had a reasonable car – a good car, obviously – and better on used tires. On new tires it was okay, and very good on [harder compound] blacks.

“But yeah, I was over the moon. I really didn't think I'd get pole. I knew Josef had really good tires, and he had a similar car to me. So yeah, we're just happy for the team. We were on the back foot starting this weekend.

Further questioned about his pre-session rest, Power said: “I had a good nap. I wasn't even stressing, I just fell asleep. It was good. My little guy [son, Beau] was having a sleep at the same time, so the bus was quiet.”

Despite having taken seven previous poles at the St. Petersburg track, and being second on Indy car racing’s all-time pole-winners’ chart, Power insisted that he was not feigning surprise when he exclaimed “What?!” over the radio after strategist and team owner Roger Penske told him he’d grabbed P1 again.

“It’s not easy in this series,” Power remarked, “so any time you get pole, you're pretty happy. Obviously I like the track, but everyone is on top of each other about getting it right for the session.

“It comes down to literally understanding the [track] conditions and thinking on the fly with what you need to do with the car, because driving-wise everyone is capable of pumping out a pole lap.

"It's just, ‘Can you get the car in that window quickly through those first two rounds to understand the condition of the track?’”