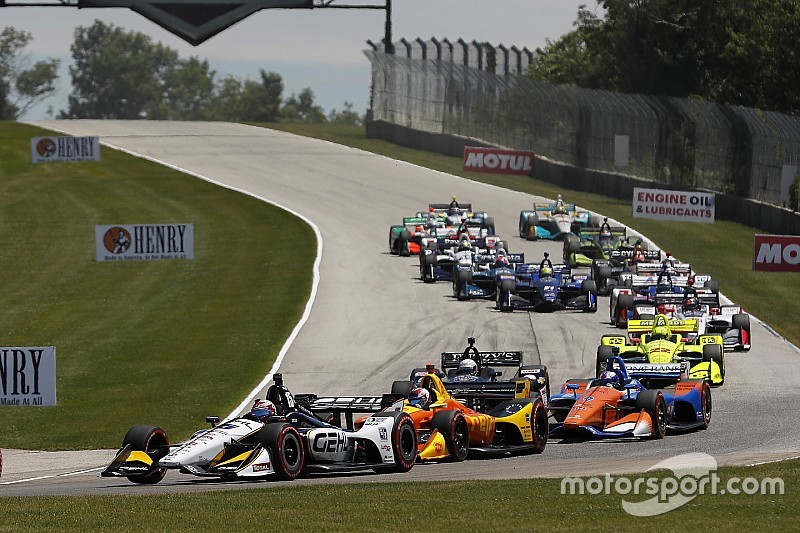 Graham Rahal says that the NTT IndyCar Series’ recent growth in profile is bucking the trend seen elsewhere in motorsports.

The 30-year-old, who has been in topline U.S. open-wheel racing since he joined Newman Haas Lanigan Racing for Champ Car’s final season in 2007, says he’s noticed improvements in Indy car racing’s status over the last few years.

“It’s headed down the right path,” said Rahal, “[and] it’s all of our drivers’ jobs to help and try and bring light to that and to continue the push.

“It’s in a much better spot than it was even a handful of years ago or 10 years ago. If we can get one more OEM to come in, this place is going to go to absolutely take off.

“In IndyCar racing we’re fortunate to be able to say that. When you look at other forms of motorsport right now, they can’t say that, no matter if they try and put a positive spin on that or not. With IndyCar racing the proof is in the pudding and it is headed in the right direction. Things are looking really good.

“Everybody – you guys [media] included – have their part in trying to push this thing forward. I think we can find ourselves in a really great spot. I’m excited where it’s at.

“While I’ve been here forever, I feel like I’ve still got a long time ahead of me to help push the sport forward for the next generation. You’ve got a lot of young guys coming into it. Names the people are going to be very familiar with in the future. It’s a good time.”

The Rahal Letterman Lanigan Racing driver gave much of the credit for IndyCar’s progress to Jay Frye, who replaced Derrick Walker as president of competition and operations in the fall of 2015, and became overall president of the series during the current offseason.

“He’s stuck to the plan all the way through this entire thing and I think all of us involved in racing for quite some time know that’s not always the case. We’re in good hands and we’ll continue to push forward.”

Key to IndyCar’s marketing, Rahal believes, is to extend its outreach to other sports fans rather than preaching to the converted.

He commented: “A couple of years ago, they showed us their marketing plan and [the former chief marketing officer’s] plan was that we were going to put ads in [a specialist magazine]. I told him, with all due respect, that’s not what we need to do. That’s not going to find the average person.

“That’s where we need to focus. What are we going to do in the bigger picture to broaden our horizons? That has certainly changed and continued to evolve. We need to still hit all of the print magazines. That’s what kept us alive and that is what is going to keep us alive going forward.

“But to broaden the spectrum of viewers and fans that come into the sport, we need to do a lot of other things. I think NBC can really help us with. That’s like getting guys like myself involved with the Charity Golf Event in Lake Tahoe. That has become a big who’s who of the sports world.

“Going and cross promoting with the NHL and football. Trying to really bring yourself into a different light. I think we have that opportunity a little more now and they seem very receptive to that.

“Ultimately, it’s up to the series and the sport. I think it’s good what I see happening. The PR staff has continued to grow within the organization. There are a lot of positives that I think can help.”