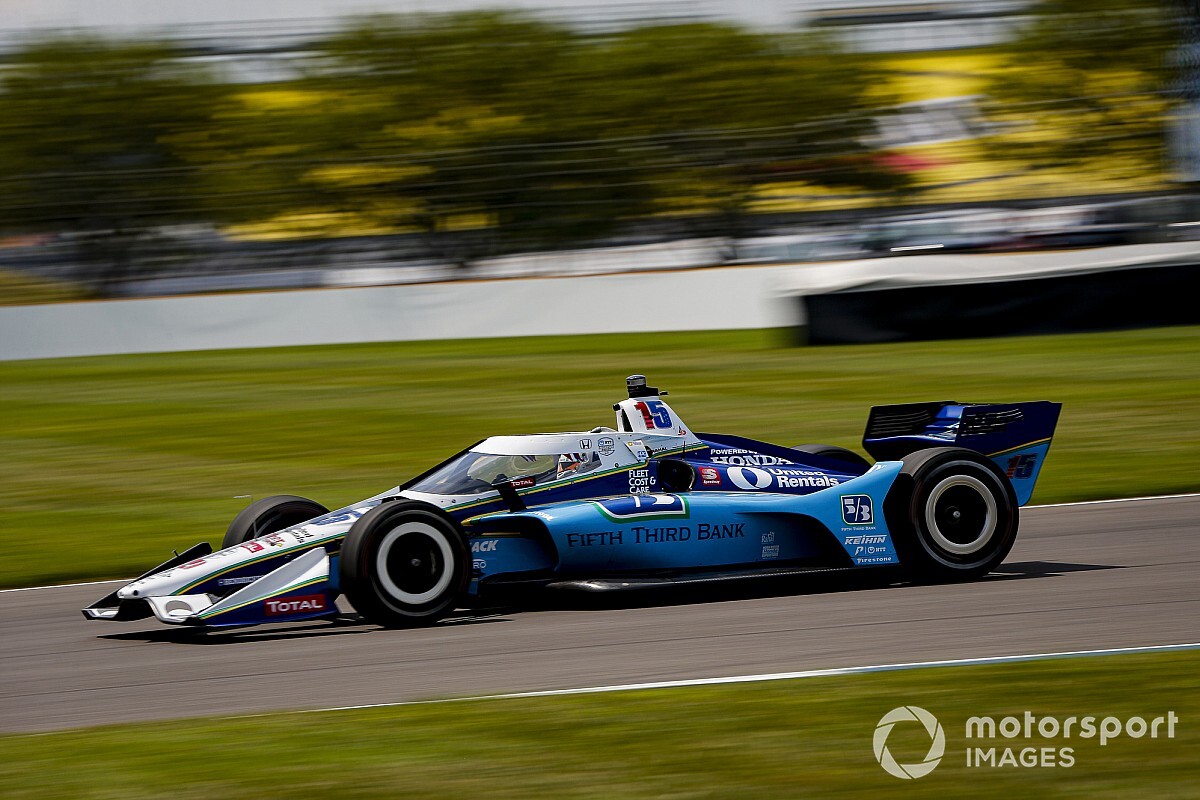 Rahal Letterman Lanigan-Honda driver Graham Rahal is taking a “that’s life” attitude regarding his two-stop pit strategy that appeared to give him a chance to win today’s Grand Prix of Indianapolis, but was ruined by a full-course caution.

While running in the top three behind Team Penske’s polesitter and early leader Will Power and Meyer Shank Racing’s Jack Harvey, Rahal was able to save enough fuel to make a two-stop strategy the obvious option. The #15 RLL-Honda took over the lead on Lap 18 after Power and Harvey pitted, before pitting at the end of Lap 26.

When Power and teammate Josef Newgarden made their second stops at the end of the race’s full-course caution, Rahal was again out front but now on the harder, less grippy primary Firestones. Chip Ganassi Racing’s Scott Dixon had vaulted forward to fourth having made his second stop just before the caution period, and on the grippier alternate compound, he passed the two cars ahead to close on Rahal.

Rahal staved him off initially but, trying to save fuel on primaries, he had to cede the lead to the Ganassi driver at Turn 1 on Lap 49. Thereafter, Dixon raced away, and following the final pitstops, Rahal’s primary focus was on keeping Team Penske’s Simon Pagenaud behind him – something he managed by 0.6sec.

A rueful Rahal explained: “I thought the strategy was honestly working perfect. Coming out of the pits after the first stop and still being right with Power and Harvey and all the good guys, the guys I was racing at that time, all I kept thinking was that when the pits cycled through for the last time, we'd have about a 25- or 30-second lead.

“But obviously the yellow came out and kind of nullified our strategy because then everybody just got to pit under yellow and then there was just one more to go.

“But obviously Dixie had tremendous pace during the late part of the race. I was on black tires struggling a little bit. The Fifth Third Bank car was great today. I thought our guys did a tremendous job… I'm sure others could have made the fuel mileage work, perhaps, but with the pace that the leader, Will, was setting, it was just really easy for me to get a huge fuel number, and we just decided right away we're going for just two [stops].

“It played out perfect. When I came out of the pits I was right behind the leaders, and I knew from that point I had one more stop and they had two to go and we had a nice gap behind us.

“But look, that's life. Strategy has burnt me before, and it's helped us a lot before. We've won races because of it.

“And Dixie was very fast today. Would we have won? We certainly would have had more of a buffer, but he was definitely quick. When he caught up to me, it was almost impossible on the blacks, plus fuel saving, to keep him behind me.”

Rahal, who suffered ECU issues pre-race in the season-opener at Texas Motor Speedway, said that helped him feel a little more content with nailing a runner-up finish at IMS.

“Dallas was very frustrating for us, as everybody knows, and I thought everybody responded well coming here,” he said. “All the cars had pace throughout the weekend.

“But heads down, focus now on Road America. But it was certainly a good points day for us and gets us back into a little bit more of a comfortable points position.”

By way of contrast, the team's temporary third entry – Spencer Pigot’s Citrone/Buhl Autosport car that will also be seen at the Indianapolis 500 – was highly impressive until encountering an engine issue in the last third of the race.

While qualifying 16th appeared not to promise much, Pigot moved forward swiftly come the race, and was running only one second behind Rahal and apparently destined for a podium finish until he started to lose power. He was finally forced to park it with six laps to go. 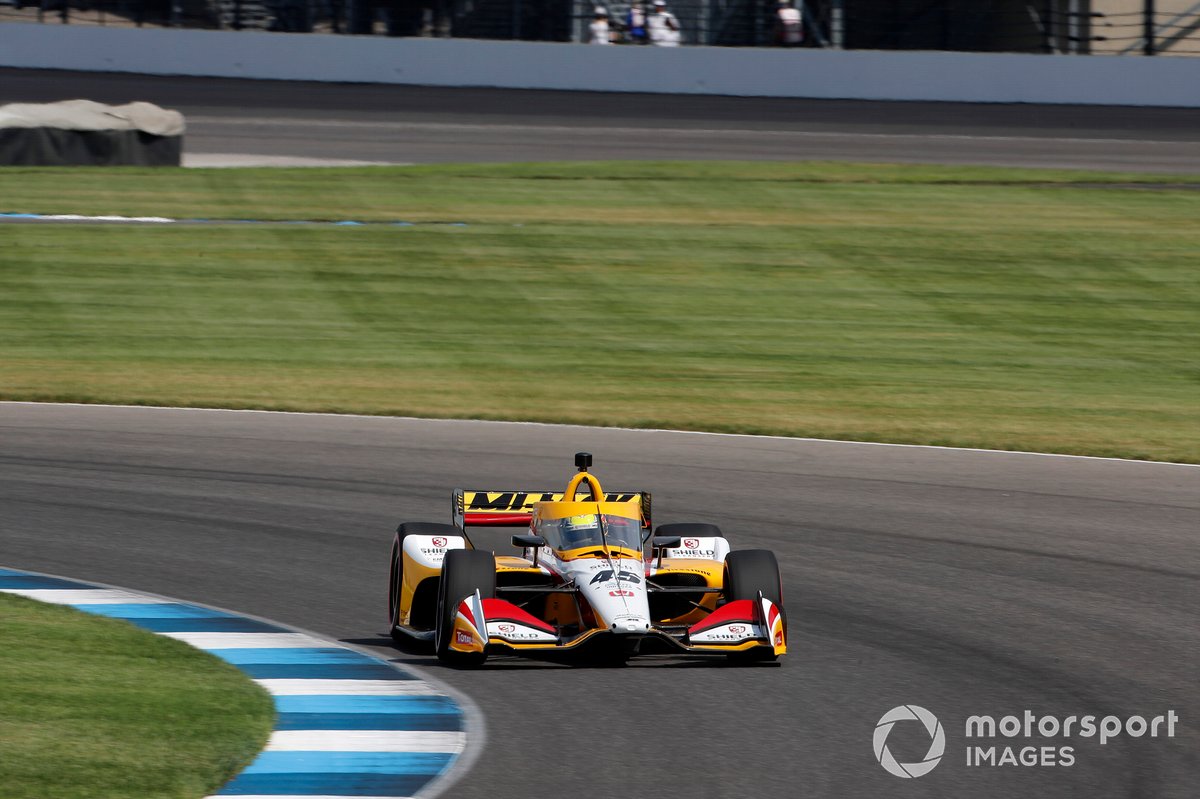