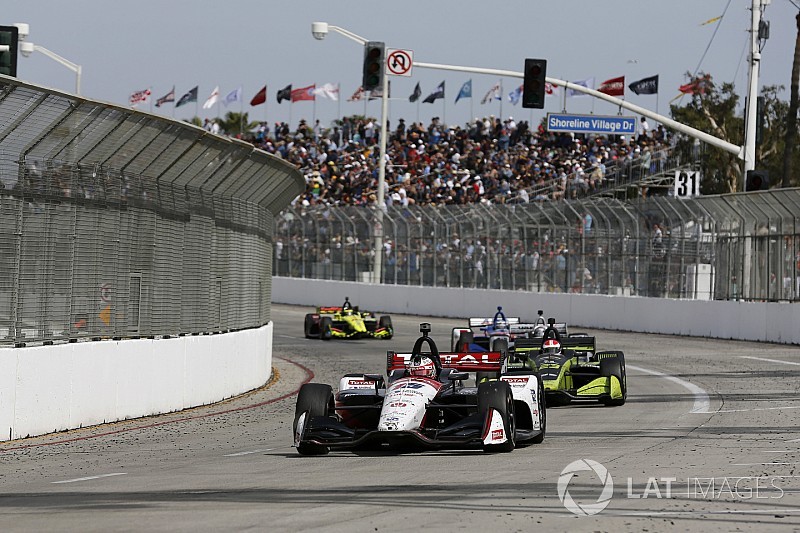 Graham Rahal is positive that RLLR will be strong at Barber Motorsports Park this weekend – and that the racing will be good – but he is "upset" about this first-turn clash with Simon Pagenaud at Long Beach.

Rahal scored second places in the Honda Indy Grand Prix of Alabama in both 2015 and ’16 and the Rahal Letterman Lanigan Racing-Honda driver was also fast in preseason testing at Barber Motorsports Park, although the open test there in late March was rendered inconclusive.

He said: “We have always been pretty strong at Barber but last year wasn’t that great for us. In general, it’s a place we should be good at and I hope we can carry on the progress that we have been making in terms of competitiveness. I think it could be a great weekend for us.

“The team has worked hard and we’ve been fortunate to sneak in a couple of good results so far even with some difficulties and hopefully we can keep that going.  Our pre-season test went well. I think we were fortunate that we went to the first one because the weather cooperated and we got good track time with this car, unlike the open test (March 20).

“I think the new aerokit has met expectations,” he added. “It seemed like at Long Beach it really helped passing. You were able to follow a lot closer.

“Barber has always put on a great race but I think that this year it could be even better. Depending on tire degradation and things like that, I think this new car could put on a very exciting race at Barber.”

Regarding last Sunday’s first-corner Long Beach clash with his 2006 Atlantics rival, Simon Pagenaud, Rahal told Motorsport.com: “I’m upset with what happened at the start. Simon is probably one of my best buddies out here, and one of the ones I respect the most – the last guy I’d want to have that kinda encounter with.

“But ultimately it was a good recovery by the team, and I think we had a car that could have won. Obviously I can never prove that to be factual but whenever we needed to make up time and put in fast laps, we always did. The biggest issue was constantly being in traffic and never really having a chance to shine, but that’s life and that’s on me.”

Given the early drive-through penalty, fifth-placed qualifier Rahal said fifth place in the race results, too, was the best he could have hoped for.

“That late yellow helped us because we were running ninth or tenth, but a couple of cars had to pit and it brought the leaders back to me and then we passed a couple of cars.

“The last stint was hard though because when [Josef] Newgarden was behind me, I had no push-to-pass left. Fortunately, I was able to force the issue with Marco [Andretti] and get past him to create a buffer back to Josef. But then I couldn’t take on [Zach] Veach because he was able to hit push to pass on each straight. But I was pleased with our last stint because we were on used blacks for 30 laps and we ran pretty darn well.”

ECR “the best we’ve been as a two-car team,” says Carpenter