Graham Rahal is to run a throwback livery at this weekend’s race at Road America to celebrate his team owner and father Bobby Rahal’s role in Honda’s participation in top-rank U.S. open-wheel racing. 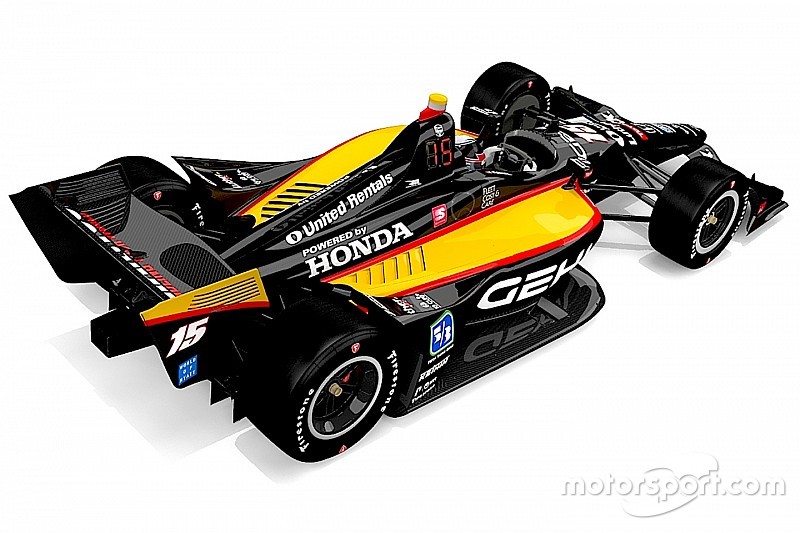 The #15 Rahal Letterman Lanigan Racing-Honda, primarily sponsored by Gehl / Manitou, is a nod to Bobby Rahal’s 1994 Lola-Honda and celebrates Honda’s 25 seasons in the sport, after years of groundwork by Bobby Rahal led to their first season of competition in 1994.

The iconic “Powered by Honda” logo, first used in Indy car racing when the program debuted in 1994, will return for the event.

“It’s amazing to think that Honda has been in Indy car racing for 25 years, but at the same time it seems longer,” said Bobby Rahal, co-owner of Rahal Letterman Lanigan Racing with David Letterman and Mike Lanigan.

“I have fond memories of when the process began between myself and Mr. [Michihiro] Asaka in the late 1980s. We were so proud to join Honda on their historic entry into Indy car racing in 1994, and I remember how appreciative we were to be asked to rejoin them for the 2003 season and, of course, proud to bring them their first Indy 500 win in 2004.

“Honda and HPD deserve the success they have had over the years and so much credit for the commitment they have made to the sport.  We are still working with some of the original members of HPD to this day and look forward to our future together.”

American Honda made the public announcement it would enter Indy car competition at the 1993 North American International Auto Show in Detroit and after a year of testing and development, Honda’s Indy car competition debut took place at the 1994 season-opener in Surfers Paradise, Australia, with cars driven by Rahal and teammate Mike Groff.

“Seeing the ‘Powered by Honda’ logo return is a special moment for me, and for many of us at HPD,” said Steve Eriksen, HPD VP and COO.  “Those of us who were at HPD and supporting the Rahal team at the beginning of our Indy car effort worked extremely hard to establish a strong foundation for the program, and it is very gratifying today to reflect on the successes achieved in the succeeding years.

“This weekend’s display of the ‘throwback’ livery on Graham’s car – and the display of Bobby’s 1994 Lola-Honda Indy car – provides a direct link from the past to the present that I hope all race fans will enjoy.”

Bobby Rahal added: “As a Honda dealer, I also want to congratulate them on their 60th anniversary of doing business in North America,” added Rahal. “The growth of their operations throughout the United States is just an amazing story. Kudos to them for the commitment they have made to this country as well as their commitment to Indy car racing.”

Clive Howell – the man who was Penske perfect