Indy Lights ace VeeKay to test for Carpenter next month 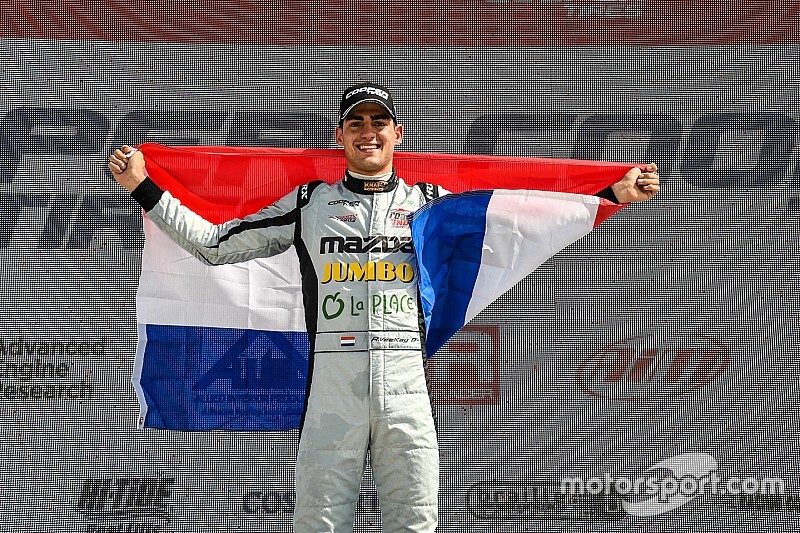 After winning the 2019 Asian F3 title with Dragon Hitech GP, he remained with Juncos in his graduation to Indy Lights this year, and currently lies second in the championship with three wins to his name.

At Portland he will test the #20 Ed Carpenter Racing-Chevy, which is currently shared by team owner Ed Carpenter for ovals, and 2016 Indy Lights champion Ed Jones for road and street courses.

“We are excited to test Rinus at Portland on August 7th,” said Carpenter. “The Indy Lights series has produced high-level talent, and ECR has always looked at drivers coming out of that series.

“Rinus had a very strong season up to this point, and we are excited to evaluate him at this upcoming test.”

VeeKay himself said: “I’m incredibly happy with the opportunity to test an Indy car with Ed Carpenter Racing. It has always been my main goal and dream to drive an IndyCar and I will give it my utmost effort and focus to show what I’m capable of.

“I want to thank Ed Carpenter Racing for the opportunity and their trust. I also want to thank my family and partners, JUMBO, La Place, Team Netherlands/KNAFTalent, Gullwing Racing Insurance, Mazda Motorsports and Cooper Tires for their continued support of my racing career.”