Roger Penske: “Will Power won because he was the best” 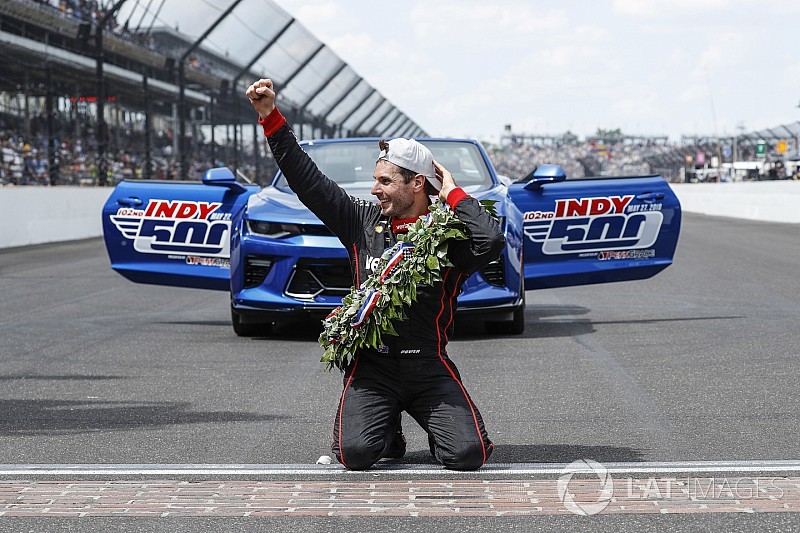 Legendary team owner Roger Penske was unstinting in his praise for both Will Power and the #12 car’s crew members after they clinched his team's 17th Indy 500 victory.

Penske said: “We started competing here, as you know, in '69. The success we've had has really been all about the team members, the people we've had, the great drivers, sponsors, and obviously Indianapolis Motor Speedway.

“To see what Will has been able [to do], 10 years with his engineer Dave Faustino… He's won many road races, all sorts of poles.

“He won this race today because he was the best, there's no question about the speed at the end, his out laps. The pitcrew I take my hat off to – Jon [Bauslog, Power’s strategist], and Tim Cindric [team president], because we had four great cars. That's what you have to have here. You have to have four bullets, three bullets, whatever it takes.

Cindric, who was Power’s strategist from mid-2011 through to the end of 2016, when he switched to Josef Newgarden’s arm of the squad, spoke of the desire that the Australian had expressed so often to deliver an Indy win.

“Having seen what he's gone through with our team, what we've all gone through collectively, like Roger said. Dave Faustino has been at his side from Day 1. He's been the one that's listened to all the ups and downs. He's been on-call 24/7.

“The rest of us kind of check in and check out with Will. Faustino – he's there more than his wife, and she's a close second. Between the two of those people, they're really his support group at the end of the day.

“The crew, like Roger said, they were prepared. Will was agonizing during dinner as far as what his setup was, what his gears were going to be. His mind never leaves this sport. He's fully committed. He has made a lot of sacrifices.

"To see the culmination… I think you saw how excited he was today. You don't see that out of Will too often. Great day for us and the team.”

Bauslog agreed that key to strategy was the fact that Power was able to carry it through.

“We really didn't want to see the [last] caution come out. I think the key to it was, like Roger said, he was good all day. When he got clear, he could run fast laps, which was big for us.

“The thing is, he was so focused on the win, doing well, that it was his day. He was going to make sure it was.

“The guys, great stops today. The whole team performed well. So many things go into it.”

However, with Castroneves returning for the Indy GP and the 500 this month, ‘The Captain’ returned to Castroneves’ car – upon which Power scored the team’s 200th win on the IMS road course two weeks ago, and then clinched the 201st win today, moving into the lead of the championship.

Asked if he’d resume duties on the #12 car for the Detroit double-header next week, Penske said: “I don't know. I think I got fired! He’s won two in a row now. I'll have to have a discussion on that next week. We'll see.”

Penske and Cindric also all-but-confirmed that Castroneves, whose race today ended in a crash while running fifth, would compete at the 500 again next year.

Power: “I started screaming because I just knew I was going to win”