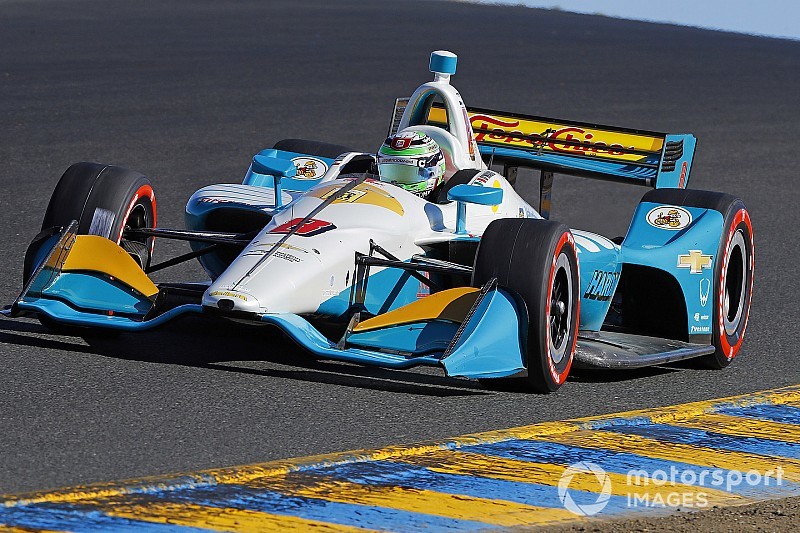 Indy Lights champion Patricio O’Ward says that if he and the Harding Steinbrenner Racing-Chevrolet team can “put everything together” then he can be challenging for wins in his first season of IndyCar racing.

The 19-year-old Mexican caused a sensation when he made the Firestone Fast Six in qualifying for his IndyCar debut at this year’s season finale in Sonoma. Although he then struggled to manage his tires over the race stints, he recovered to finish ninth, and was soon confirmed at Harding alongside fellow rookie and Indy Lights teammate Colton Herta for the 2019 season.

Talking to Julia Piquet for Motorsport.TV, O’Ward said his goal for next year was “just to be smart.”

“I think Sonoma was great just to get a feel of what IndyCar is and to get a feel for what it is to drive with professional drivers. I feel next year is going to be a very, very big learning curve for me.

O’Ward later admitted that although there was much still to learn, he was confident that it would lead to strong results. most important tasks in “I think [my important tasks are] going to be learning the tire and getting used to pitstops and those long races, getting that down and having those perfect every race.

“And obviously start refining all the little driver errors that I might do and just put everything together. And then I think we’re going to be challenging for wins and podiums.”

O’Ward sounded similarly confident when he played down the fact that as rookies, he and Herta have only two starts between them.

“I think it’s going to be a little hard for us because we’re both rookies,” he said, “so we’re both pushing each other and learning from each other but we don’t have a veteran to learn from.

“But I think we’ll be OK. It’s just another racecar, it’s a little bit quicker, a bit more downforce. You just have to adapt whenever you’re changing cars.

“We’ll be fine. We’re going to be fighting for a good amount of top fives. I think we’re going to have the car to do it and I honestly can’t wait to get started…

“If you’re confident in your abilities and you know what you’re doing it shouldn’t be a problem to fight with [established IndyCar stars]. They’re obviously beatable.

“Is it going to be easy? No. But I think having the confidence to do it, having the car to do it… knowing you have the tools to do it makes it far easier.”