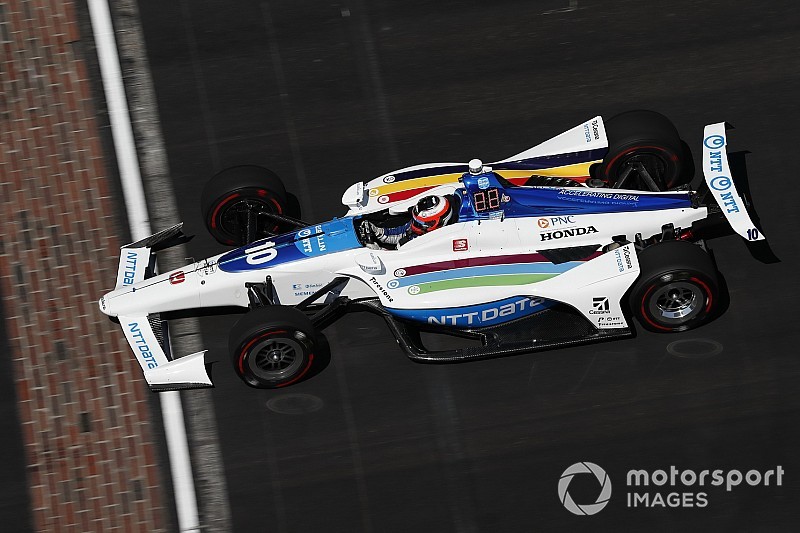 Felix Rosenqvist says he's feeling more at ease around Indianapolis Motor Speedway, recovering his confidence since his shunt in practice.

Chip Ganassi Racing-Honda’s rookie had a major shunt on Wednesday last week and initially appeared to struggle to get his confidence back, ultimately qualifying 29th – albeit ‘just’ 11 places behind teammate and 2008 winner Scott Dixon.

Since then, the Swede said, he’s been feeling gradually more at ease ahead of his IndyCar oval debut.

“I think that practice day afterward, it started off bad but got better as the session went on,” he told Motorsport.com. “And on the Monday session after qualifying, running in race conditions, was fine. You pretty quickly get back into it – you have to with those packs of cars out on track.

“I’m still not completely where I want to be with my car yet. It’s quite loose, but we’ve made some really good steps.”

The 27-year-old is well aware what a daunting prospect he has ahead of him, starting in the penultimate row.

“Yeah, it’s especially hard because it’s so difficult to overtake from back there,” he said. “I mean, even if you get a run on someone ahead, he has the same run because of the guy ahead of him is towing him. You’re all in a big tumble-dryer around the track, there’s no clean air, only dirty air. It’s hard to make the difference to make a pass. You have to be really committed.

“But racecar-wise we look much better than where we’re starting, we belong a bit higher up.”

Asked if he therefore expects to be put onto a different strategy to get him some clean air and get up front, Rosenqvist replied: “I think so, yeah, although it’s hard to say at the beginning because things are going to happen for sure, and that’s when you start deciding what you want to do. But we are open to everything. I’m not claiming to be some Indy 500 legend who can start 29th and finish first! It’s just a reality that you’ve got to face: you’re not going to pass the whole field. So you have to take advantage of the situations that will occur and be clever.

“Then we just need to do good pitstops, which Ganassi are very good at, minimize mistakes and adapt the car to changing track conditions.”

On that latter topic, Rosenqvist says he’s getting better at calling for changes to his car, although sometimes he still reverts to describing the symptoms and leaving it up to race engineer Julian Robertson to come up with the remedy.

“It’s a mixture, to be honest,” he said. “While we were practicing, I would describe the symptoms, like you say, and the team would always come up with the best solution. But in the race, you need to be confident based on what you learned during practice and ask for the right thing.”