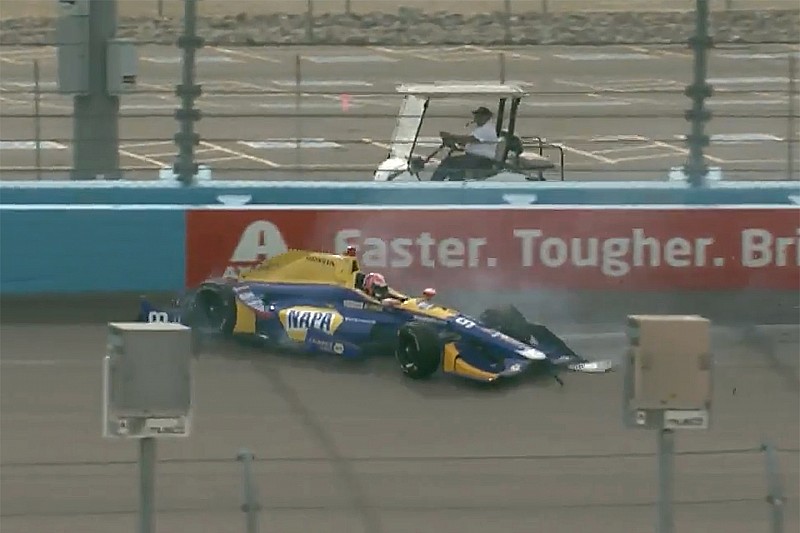 The reigning Indy 500 winner was just starting his second flying lap when the rear of his car snapped around as he went through the apex of Turn 1, and he slid backward into the wall at the entrance of Turn 2.

Rossi was hard on the brakes as the car slewed out of control, but he still pounded the wall hard.

However, he was able to step out of the cockpit unaided, was checked at the medical center, released and cleared within seven minutes.

There followed a delay as the SAFER barrier underwent repair.