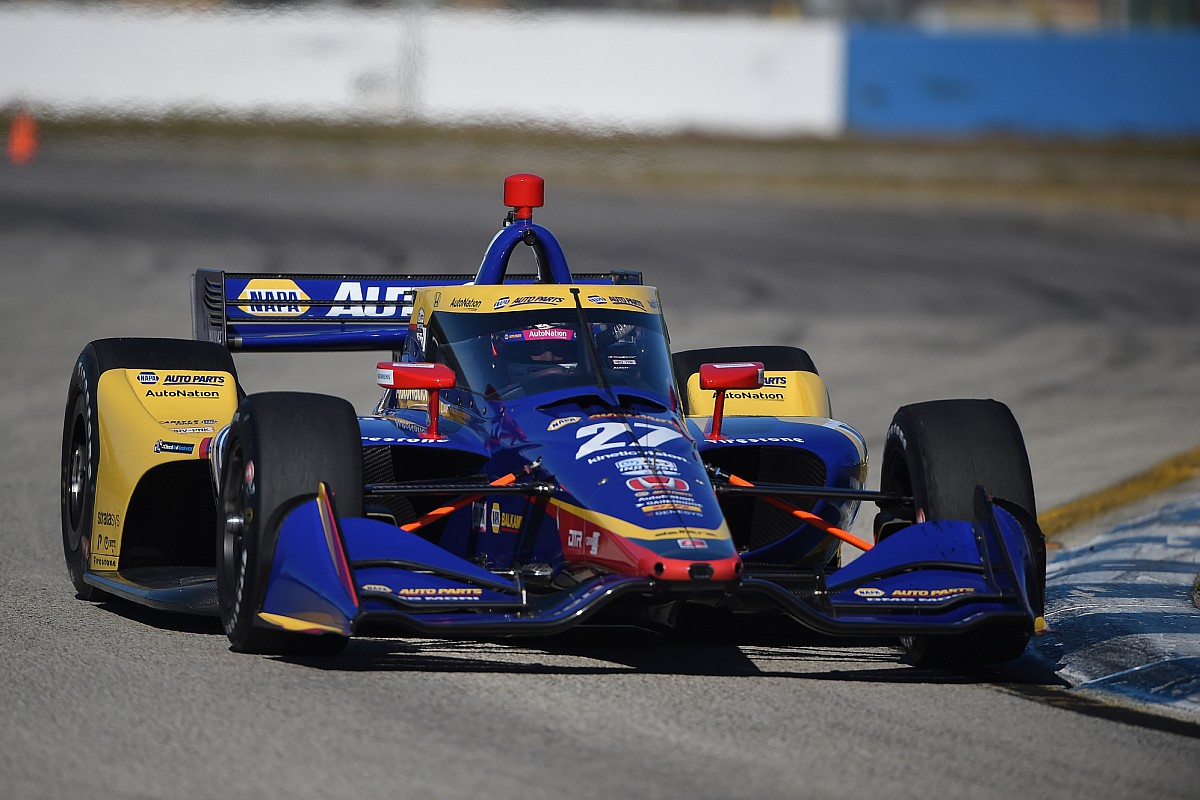 Jack Harvey of Meyer Shank Racing, which has a technical partnership with Michael Andretti’s squad, was third, ahead of 2012 champion Ryan Hunter-Reay.

For both AA and MSR, this was the first test of the season, and Rossi’s fastest effort was half a tenth quicker than Scott Dixon’s session-leading time from yesterday.

The Rahal Letterman Lanigan Racing-Honda squad also hit the track for the first time today, and Graham Rahal turned a remarkable 160 laps on his way to fifth fastest. He was 0.47sec off the ultimate pace, but a couple of tenths faster than teammate Takuma Sato.

In between the two RLLR cars were two drivers who took part in yesterday’s session – Max Chilton of Carlin-Chevrolet and AJ Foyt Racing’s Dalton Kellett, both of whom knocked a tenth of a second from their best Monday efforts.

Marco Andretti, who last week announced he’s switching to part-time IndyCar racing in 2021, was ninth and last. He has vowed to continue testing for Andretti Autosport as and when needed, but so far the only race he’s confirmed to enter in 2021 is the 105th running of the Indianapolis 500.