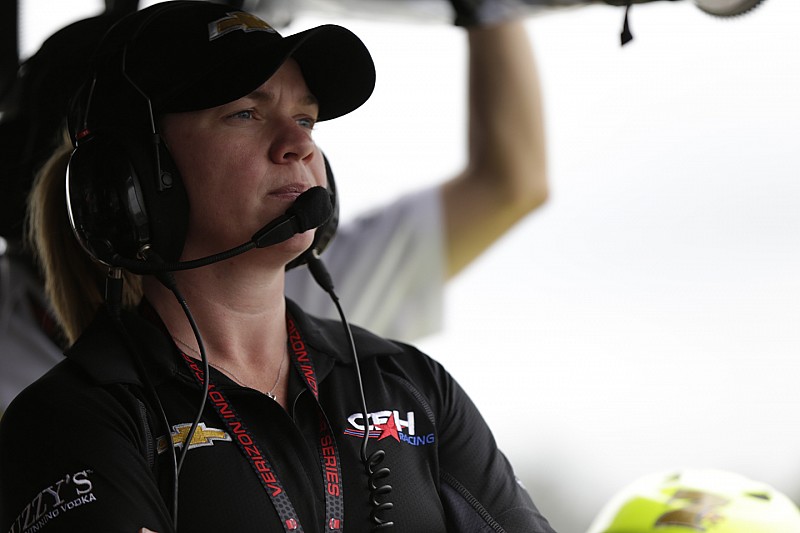 Fisher has over 80 starts as an IndyCar driver between 1999 and 2010, including nine appearances in the Indianapolis 500. She still holds the record as the youngest female racer to ever start the 500, doing so at the age of 19. Later, she also became the first woman to earn pole position for an IndyCar race.

In 2008, she formed Sarah Fisher Racing, later merging with Ed Carpenter Racing for the 2015 season Carpenter took sole control of the operation earlier this year with Fisher decided to step back from team ownership. The team won three teams with two of the victories coming post-merger.

Three-time Indy 500 champion Johnny Rutherford has served as the series pace car driver since 1997, but has recently scaled back his schedule and has shared the driving duties. In 2016, he will pilot the official pace car in two races -- The 100th running of the Indianapolis 500 and in IndyCar's return to Phoenix International Raceway.

"Having worked with J.R. when I was a rookie (driver), and to follow in his footprints now is just an incredible honor," Fisher said in a release. "I've lived for the sport of Indy car racing and when Jay (Frye) offered me the position to pace the field, I didn't think twice about my commitment again to the sport that I love."