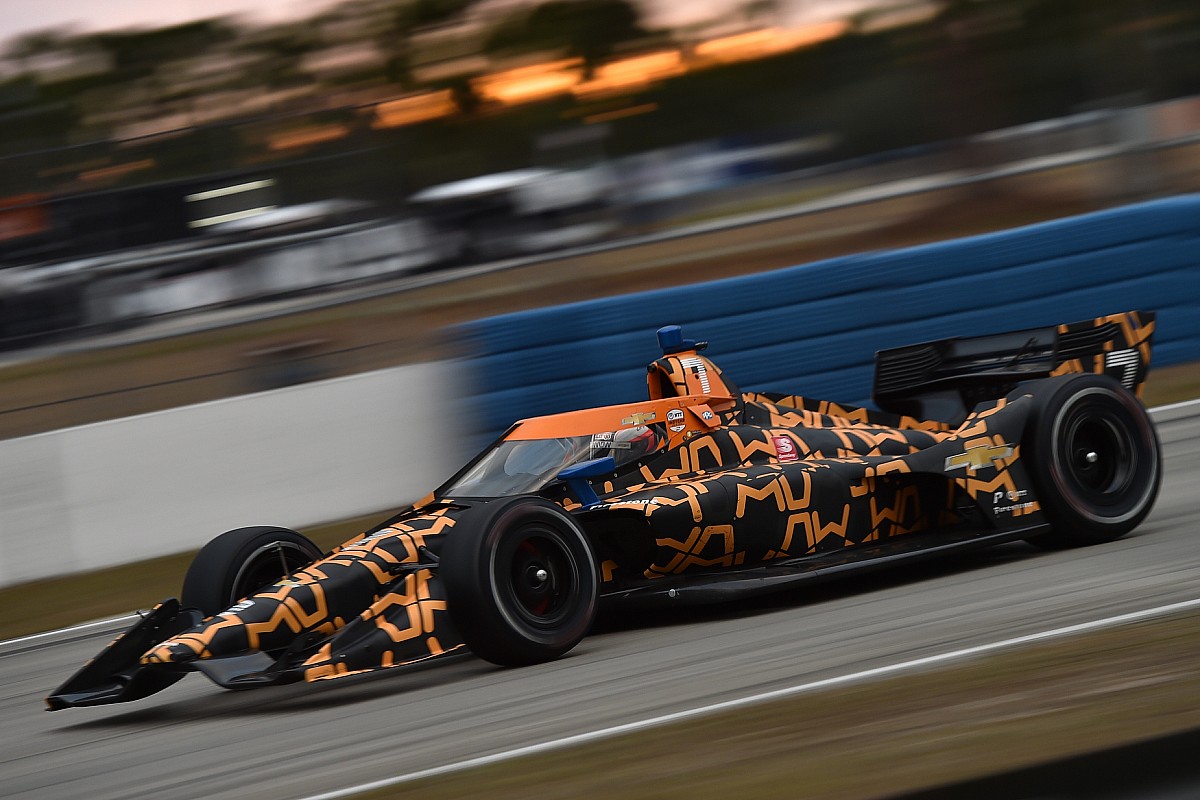 Patricio O’Ward, in his first full IndyCar season, drove the #5 AMSP-Chevy to a pole, four podiums and fourth in the championship, while then-teammate Oliver Askew – replaced for 2021 by Felix Rosenqvist – delivered another podium.

With O’Ward beaten only by one driver from each of the ‘Big Three’ teams in IndyCar, Schmidt believes Arrow McLaren SP can tackle them head on.

“We have really really intelligent people on board who have a great desire to race and to win and with the added McLaren components, we just have to execute.

“Kudos to Zak and everyone at McLaren because when COVID hit last year, there were staff layoffs but the seven fulltime engineers assigned to the IndyCar program were kept on, and they managed to get what we wanted to do fully integrated with what they wanted to do. So we were able to hit the ground running once the season eventually started last year [early June]

On the topic of pitstops, Schmidt said his team has set specific targets because they have become such a vital part of the race-winning equation in the NTT IndyCar Series.

He said: “There are a lot of components to the pitstop area. It’s not only the crew; it’s the equipment and the drivers. In 2017 and ’18 in the pitstop competition at Indy, we were second, and in 2019 we won it.

“One of the goals of the team has to be to remain in the top three teams for pitstops. There are 12 or 13 guys who can win a race on any given weekend and it’s all down to milliseconds, and so whatever can be gained on pitlane is going to help. The lack of yellows reflects the improved depth of talent on track but it also has meant most pitstops are done in green-flag conditions.

“So it’s one of the top five things you have to get right if you want to be on the podium, let alone win.”

Schmidt said he was thrilled to have Juan Pablo Montoya joining the squad in a third car for the Indianapolis 500, but also hoped to add him earlier, at the IndyCar Grand Prix on the IMS road course.

“We’re trying to put together the funds to run Juan Pablo at the Indy Grand Prix to give him and us a bit of momentum,” he said. “It helps get the extra pitcrew some real-time experience in a race day environment, it gets Juan in tune with his engineer [Craig Hampson] sooner – and actually, it just supplies us with more feedback for the road course too.

“We’re very excited about Juan Pablo joining the program. There’s no other competitor in the paddock with a 40 percent win ratio at the Indy 500 and we believe we can help him make that 50 percent! He’s coming back to it with a great attitude, he’s lost some weight, and he’s going to be such a big help to our fulltime guys.”

Of fulltimers Rosenqvist – entering his third year in IndyCar but his first outside of Ganassi – and O’Ward, Schmidt admitted he has no idea who will emerge on top.

“I don’t know if Pato’s driving style has changed much since he was in Indy Lights,” he said. “He was always on the ragged edge then and yet didn’t make many mistakes. He would get his car to the finish, knew when to attack and when to consolidate what he had.

“I think that’s what we saw from him last year. He’s exciting to watch – he’s a unique individual in terms of his energy level – but he never gets so carried away that he throws it off the road.

“As for Felix, I think that the feeling he’s being treated as an equal to Pato will be the confidence boost he needs. I have extremely high expectations of Felix because the guy’s been a winner in everything he’s done, across a wide variety of disciplines. He’s bright, fast, talented, and now he knows he can win in IndyCar. Unfortunately, his win came by beating us [Road America Race 2 last year], but we’ve forgiven him!

“Felix is such an asset to our program given his diversity of experience, and right now I can’t tell you who will come out on top out of him and Pato. I think we’ll see it go back and forth from race to race – and I hope that’s the case because that way they’re going to keep pushing each other – on track and in the engineering debriefs – trying to make our cars better all the time. That way, everyone in the program benefits.”

Chevrolet’s IndyCar program manager, Rob Buckner, is also excited by the prospect of the manufacturer’s second year with Arrow McLaren SP and shares Schmidt’s view that the drivers will push each other and the team.

Buckner told Motorsport.com: “From our first conversations with Zak [Brown, McLaren CEO], Taylor Kiel [team president] and Sam, we realized it was going to be a very competitive team. Seeing what they had done with Robert Wickens in 2018, we knew they had the performance. The team was already on the rise, so it was a question of how do we put a deal together?

“And I think the team did a really nice job of executing last year. I think we were all a bit frustrated we haven’t gotten a race win together yet…

“I think Arrow McLaren SP builds great cars. They’ve been a great group for us to work with… [they’re] competitive week in, week out. We got great feedback from the drivers and engineers, and we think that is going to continue with Pato and Felix in 2021.

“I mean, just from the talent point of view, those two are going to push each other really hard, which benefits each other and the team and us too. Having those two guys as teammates in as strong a team as Arrow McLaren SP already is – and how strong we think they’re going to become – really is a big boost for us.” 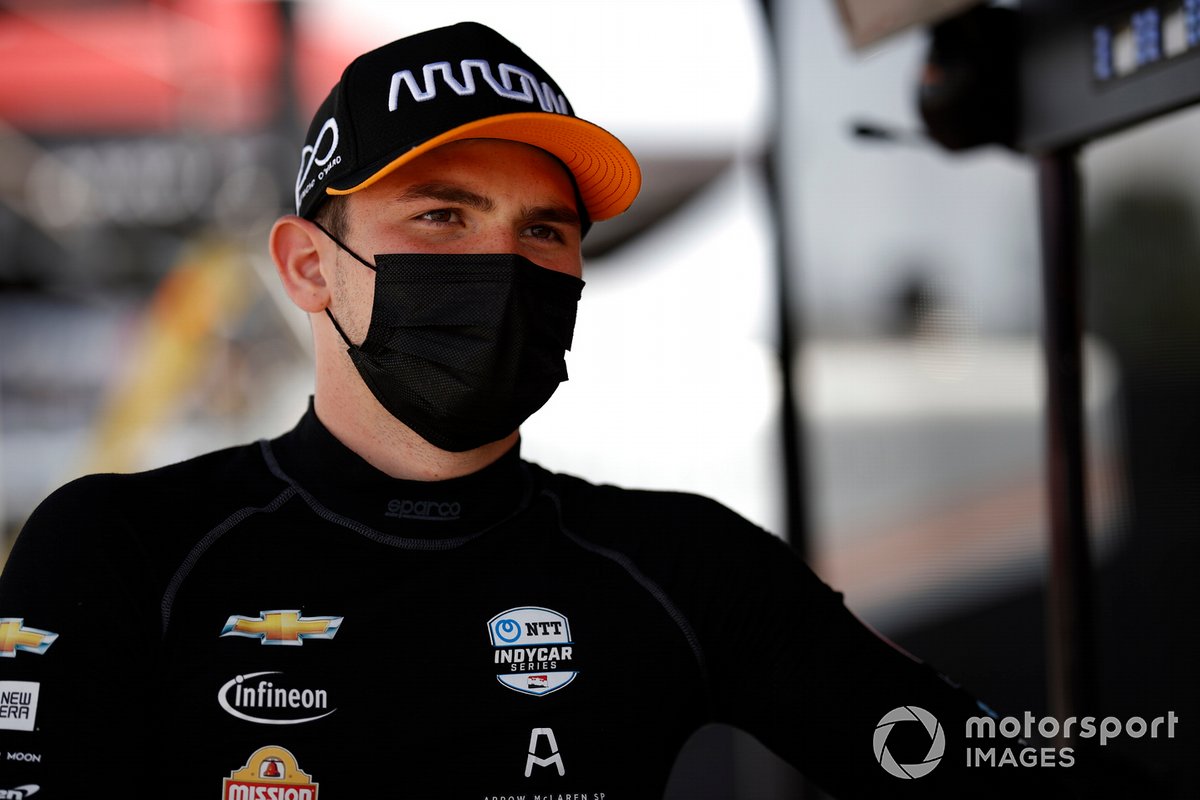