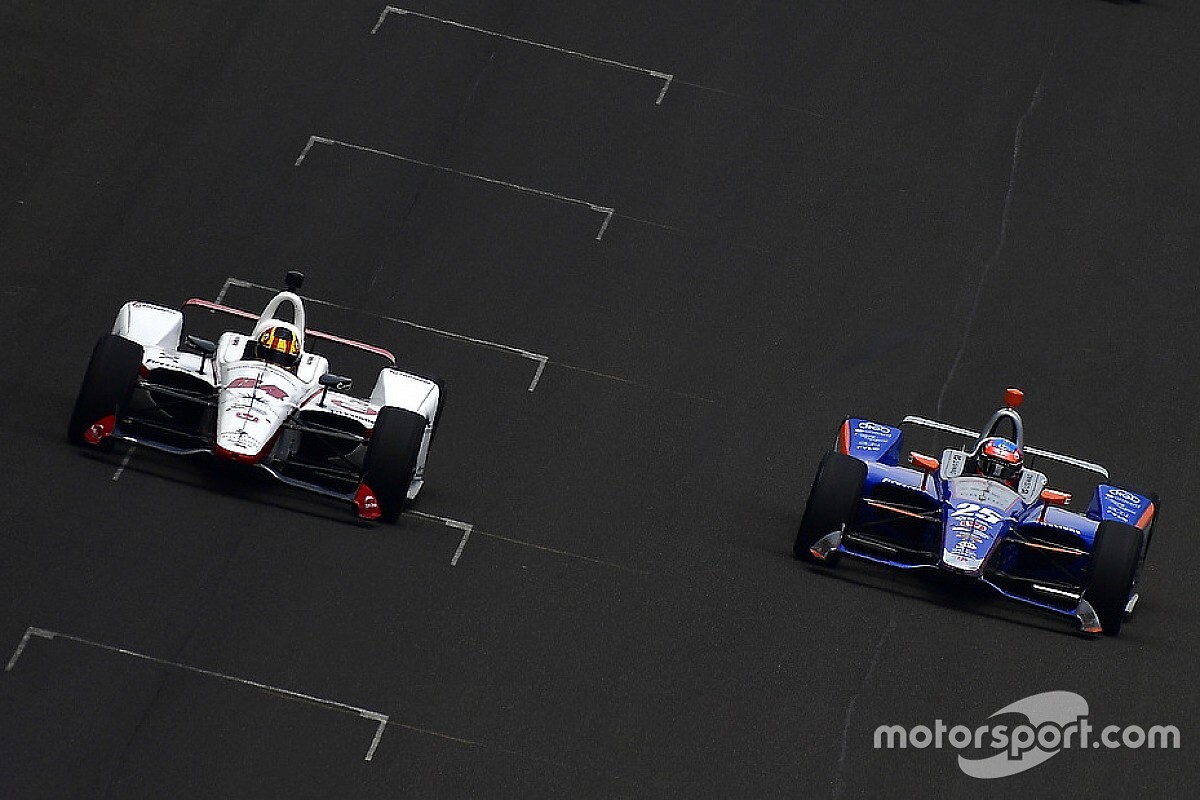 A third seat at Dale Coyne Racing has become the focus of attention for three Indy 500 hopefuls as the field for the 104th running edges towards the traditional 33-car figure.

Only four times in 103 editions of the race has the field featured other than 33 starters, but right now, eight days before the start of practice, there are just 30 confirmed runners.

That said, J.R. Hildebrand will soon be confirmed in the second Dreyer & Reinbold Racing-Chevrolet alongside Sage Karam, and DragonSpeed’s most recent press release on the matter stated that team owner Elton Julian is still aiming for participation in the Indy 500, even if his plans for other IndyCar outings have taken a knock. Motorsport.com will report when it can on DragonSpeed’s attempts to make a second Indy start, after the startlingly strong effort by the team and its driver Ben Hanley in the 2019 race.

Carlin confirmed to Motorsport.com today that it will be entering just one car this year, for Max Chilton, which leaves a third Dale Coyne Racing-Honda as the probable 33rd entry. And right now there are three prime candidates for the ride, although each needs to find more budget.

Davison, whose first Indy 500 start was in 2014 with KV Racing, raced for Coyne in 2015 and ’17, switched to AJ Foyt Racing in 2018 with Jonathan Byrd, Hollinger and Belardi Auto Racing as partners, before these latter three parties teamed with Coyne to run Davison in 2019.

However, Byrd is not participating this year, which has left Davison, who is making a name for himself in NASCAR, struggling to find the necessary backing for a 500 campaign.

Servia had a strong sponsor ready months ago, until the effect of the COVID-19 pandemic bit hard and that backing disappeared. The 46-year-old regularly gives a strong account of himself at the Brickyard, even if luck frequently deserts him, and the former front-row starter who also has two top-six Indy finishes to his name is currently seeking a six-figure sum. https://twitter.com/OriolServia

Wilson has also come up with a “pretty decent” budget, albeit not yet sufficient for the ride. The 30-year-old Brit was very impressive in his last Indy outing in 2018, as he, Jack Harvey and (ironically) Servia went off strategy and battled for the lead in the closing laps before realizing their fuel gamble wouldn’t pay off and diving into the pits for fuel.

Coyne, while confirming the candidates for his third car, did not wish to say who was most likely to land the ride.