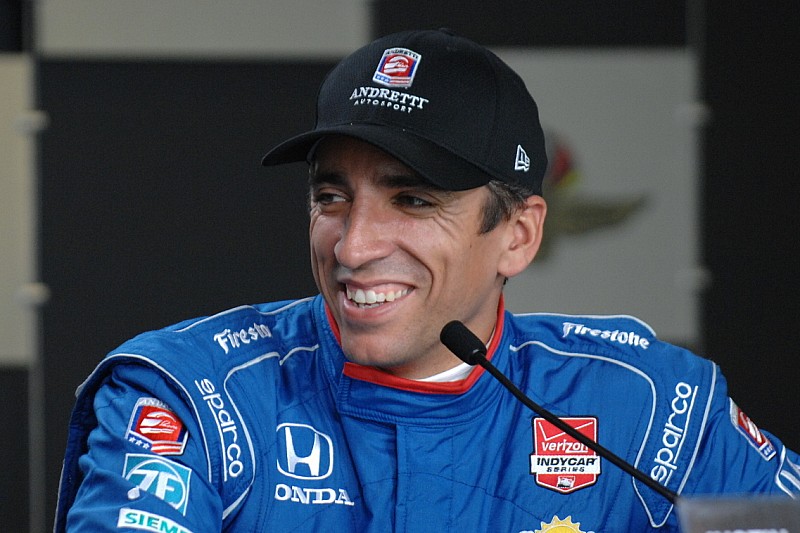 Snetterton Circuit’s hairpin, formerly known as Montreal, will be renamed in honor of Justin Wilson, starting from this weekend's round of the British Touring Car Championship.

Wilson, who died after being struck by debris in last year’s IndyCar race at Pocono, became a protégé of former Formula 1 driver Jonathan Palmer, after he clinched the inaugural Formula Palmer Audi championship in 1998.

Palmer is founder and owner of Motor Sport Vision, the company that operates Snetterton, among other British circuits. This Sunday would have marked Wilson’s 38th birthday, and a special corner board featuring his helmet design, in addition to the Wilson name, has been installed in time for the BTCC event.

This special tribute was unveiled today (Monday) at a ceremony attended by Jonathan and Justin's parents, Keith and Lynne.

Palmer commented: "Justin Wilson, the champion of my inaugural Formula Palmer Audi championship, thoroughly deserved the support which that success brought him, and it was enormously satisfying to watch him make the best possible use of every opportunity he had through to F1 and IndyCar racing.

“But not only was Justin an outstanding racing driver, he was also the epitome of a true sportsman, earning universal respect and admiration. He leaves a lasting legacy that we will cherish and perpetuate, with the naming of Wilson corner at Snetterton an important part of that."

Justin's younger brother Stefan, said: "This is such an incredible gesture by MSV and I know Justin would be very honored and humbled to learn that he has a corner here at Snetterton named after him.

“Snetterton has a special place in our memories as our dad raced here back in the '60s and he would tell us stories of racing down the old Norwich straight. Plus, Justin and I raced here many times in our own careers."

Keith Wilson added: "We cannot thank Jonathan and Lisa Davis (MSV's General Manager) enough for all their support for Justin and our whole family. They have played a huge part in all of our lives and as Stefan says Justin would be so honored to have this corner named after him."