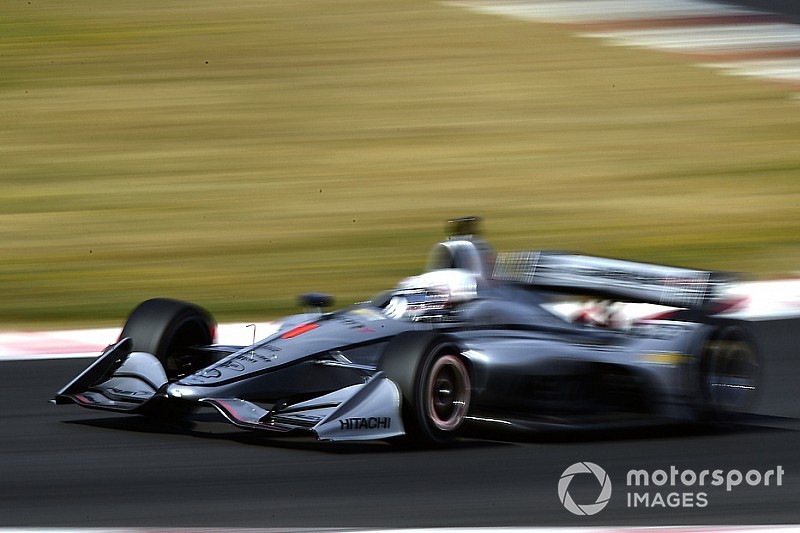 Defending champion Josef Newgarden bounced back from a no-show in opening practice at Sonoma Raceway to top the times in second practice, but star of the session was series debutant Patricio O’Ward.

Team Penske Chevrolet’s Newgarden, who is suffering food poisoning, set a fastest time of 1min17.8156sec, 110.338mph, to top the session by a mere 0.0836sec ahead of Chip Ganassi Racing-Honda’s Scott Dixon.

Meanwhile O’Ward, making his first IndyCar start in Sonoma’s last after winning the Indy Lights title, sent his Harding Racing-Chevrolet around the track less than 0.2sec slower than the champion, to edge a couple of hundredths clear of Will Power, who made a slight mistake in sector 2 on his fastest run.

James Hinchcliffe was another driver to rebound in the session that allows the teams to run a set of red ‘alternate’ Firestones in preparation for qualifying tomorrow.

Alex Rossi, who is Dixon’s strongest threat for this year’s championship, was sixth fastest ahead of the second Ganassi car of Ed Jones which suffered a spin at Turn 7.

This morning’s pacesetter Ryan Hunter-Reay completed the top 10, while Pagenaud slumped to 17th, one second slower than Newgarden – the same distance as Colton Herta finished behind fellow debutant and Harding teammate Colton Herta.

Tony Kanaan’s 300th consecutive – and 360th overall – IndyCar start looks set to be from near the tail of the field, as the AJ Foyt Racing-Chevys continue to struggle.