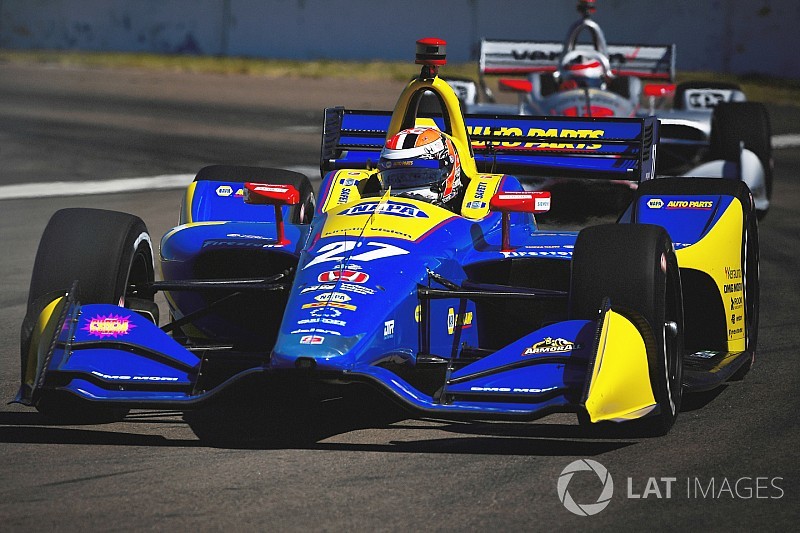 Alexander Rossi put his Andretti Autosport-Honda on top in the warm-up for this afternoon’s Firestone Grand Prix of St. Petersburg as several drivers experimented with push-to-pass and outbraking each other into the slippery Turn 1.

As throughout practice and qualifying, several cars could be seen squirming under braking as they hit the painted runway stripes in the first corner, but it was 2016 Indy 500 winner Rossi who slotted into the top spot, 0.0468sec quicker than a late flyer from AJ Foyt Racing’s Tony Kanaan and 0.115 ahead of Ryan Hunter-Reay.

Gabby Chaves, who will start eighth for Harding Racing’s fourth IndyCar race, was fourth quickest ahead of Team Penske’s Josef Newgarden who avoided a desperately late-braking Scott Dixon at Turn 1 on his penultimate lap… and then ran wide himself at the same point on the following lap. Dixon was in sixth.

“We should have been quicker!” says King despite record lap