Stefan Wilson says he’s aiming to adopt his brother late Justin’s mentality as he approaches the third Indianapolis 500 of his career.

It was confirmed this morning that the Andretti Autosport-Honda team will run Wilson in a sixth entry for the 105th running of the Indianapolis 500. It will be the second time that Michael Andretti has run the younger brother of the much-loved seven-time Indy car race winner Justin Wilson, who died following an accident at Pocono in 2015.

Asked whether joining a team that regularly contends for the win at Indy adds extra pressure, Stefan Wilson said, “To a certain degree, yes, it does for sure. But it’s something I had before – ‘I don’t have many excuses here!’, you know?

“But at the same time, I think it’s just really important to keep everything in check and just focus on the things I can control.

“That’s something I’m not that good at – I’m a bit of an emotional person. It’s very easy to let things that you can’t control distract you. That’s actually something that Justin tried to teach me a lot – try to focus on the things that you control and you’ll be fine. He was the master at that and at staying cool, calm and collected under pressure.

“So I’m definitely trying to channel that and learn from him and put those lessons to good use this month.”

Wilson will be joining a driver line-up that comprises two Indy 500 winners in Ryan Hunter-Reay and Alexander Rossi, two Indy 500 pole-winners in James Hinchcliffe and Marco Andretti (now only a part-time IndyCar racer), and a rising star who is already a winner in IndyCar, Colton Herta. Despite these yardsticks against which he will be measured, Wilson sees far more upside to rejoining a team with which he’s familiar.

“It’s going to be very similar to 2018, it’s not something new,” he stated. “I know exactly how the team operates and how we go through each day, how we work each day, and that’s really beneficial.

“The fact that we have six cars, the fact that we work collectively as one, gives us that benefit. If we just did our own thing and didn’t talk at the end of the days, we wouldn’t be able to cover as much ground and develop the car as much. So I think knowing what to expect going into the month is a nice change compared with 2018.

“And I think the idea of working with some of the same drivers that I worked with in 2018…. Hinch is a new one for me but I’ve known him since 2010 when I first came to the States – we were roommates – so I’m looking forward to working together professionally with him. And then the addition of Colton, who’s obviously a bit of a standout so I’m excited to work with him as well.

“The engineering side is staying relatively the same on the #25 team, so keeping that core group together is going to help me pick up where I left off and hit the ground running.”

He added later that having the same race engineer he had in 2018, Doug Zister, would be another key part to his progress this month. 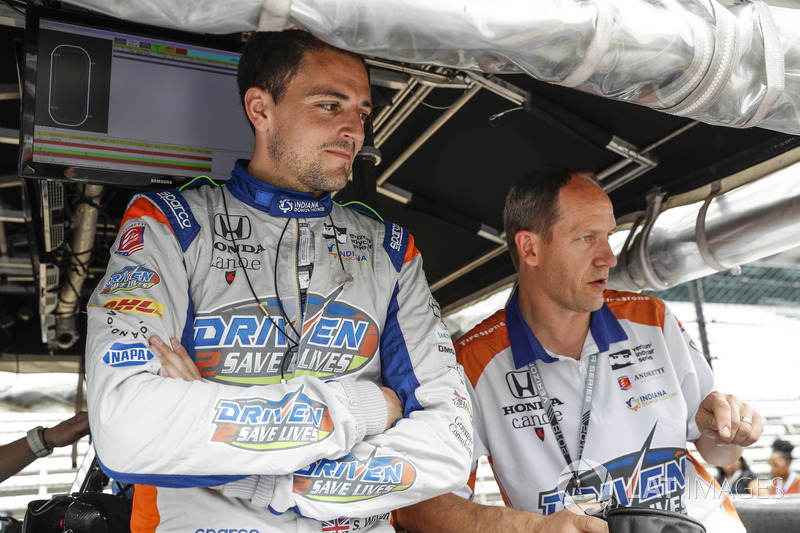 Stefan Wilson with Doug Zister at Indy in 2018.

“To already have that relationship in place, have that familiarity with each other is something that can help save a bit of time you’d normally take to get used to each other in the first couple of days.”

Wilson admitted he’s not yet had a chance to get on the Honda simulator since it was recalibrated in early 2020 to take account of the new weight distribution caused by the aeroscreen.

“I will definitely be making some enquiries and trying to spend some time there, but I know that at the same time there are a lot of people ahead of me in the line that are doing the full season and they will take priority there, so I’m understanding if that doesn’t quite happen.

“But we’ve got a decent amount of track time at Indy and I think that we’ve a decent plan already to get up to speed quickly if that doesn’t happen. I want to thank Honda for their help in this as well. To be able to work for such an amazing brand as Honda is really exciting.”

Don Cusick, owner of Cusick Motorsports and shareholder of LOHLA SPORT that is Wilson’s primary backer for the race, said that it was the 31-year-old Brit’s driving skills and ambassadorial potential that appealed, after they first met on a track day at Thermal Club’s facility in Riverside County, CA.

“I guess initially, just a super-nice guy, super-easy to get along with, was the first impression,” said Cusick. “But as I got to know him a little bit better over the first couple of days we were running cars together, I kind of heard his whole back story and he was just the kinda guy you feel really good about giving a boost to. Him, his brother, everything they’ve been through – just his whole story really touched my heart.

“It’s a pretty big investment to make in someone who you only really know for a few days, but he’s the kinda guy you get a good feeling about…

“I didn’t know what his professional qualifications were at all until I Googled him a few days later. But obviously that’s led the Indy 500 is pretty impressive, so I just wanted to give a really good guy an opportunity. It’s a feelgood thing for me as well.” 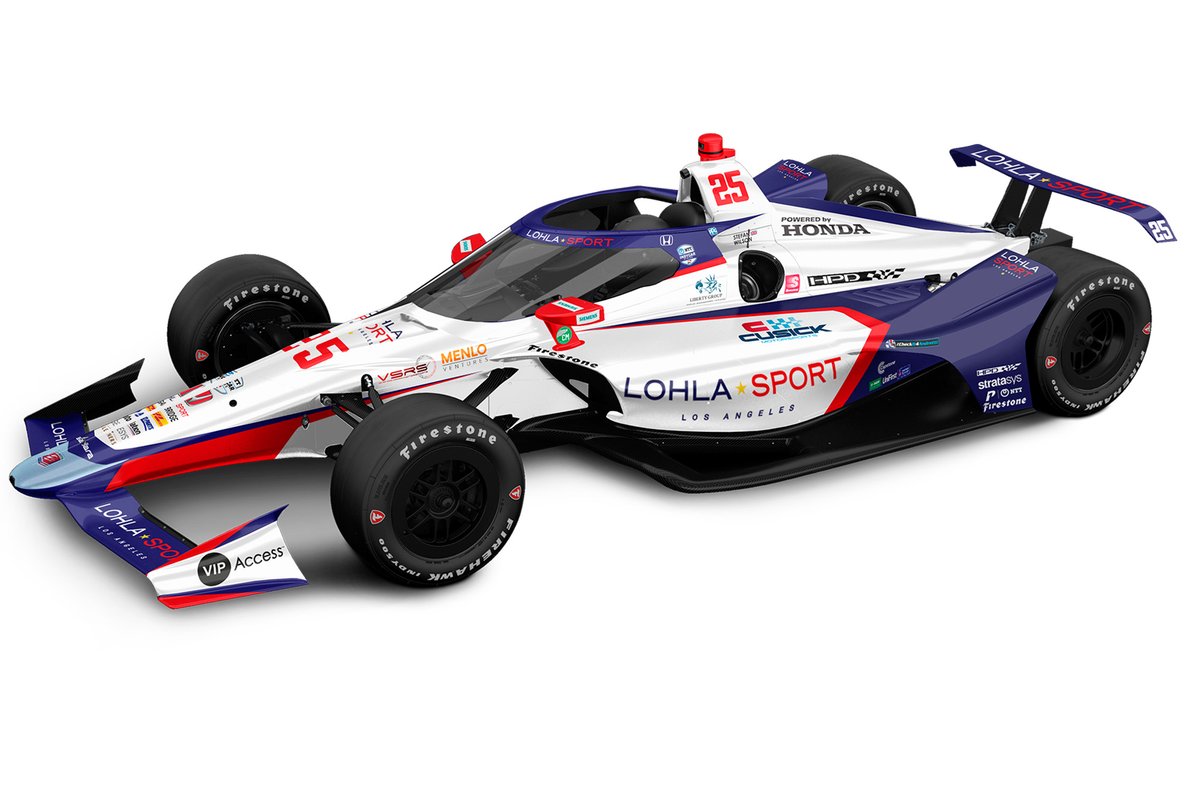