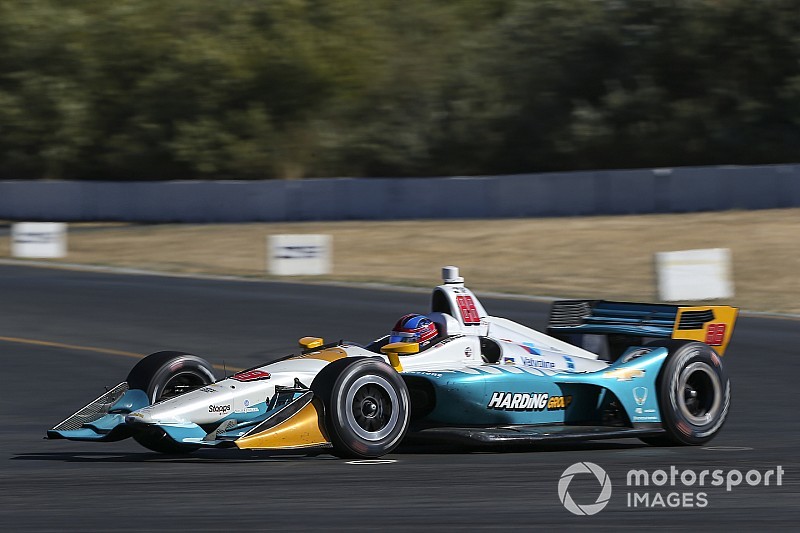 The new-look Steinbrenner Harding Racing IndyCar team will run with Honda engines in the 2019 season.

Harding had been considering its options after running with Chevrolet engines in its first full IndyCar campaign.

But its rebirth as Steinbrenner and growing affiliation with the Andretti Autosport squad, which loaned the team staff and technical support later in the 2018 season, meant a Honda switch was on the cards.

Harding's in-flux engine situation also meant it was regularly mooted as a way McLaren could run Chevrolet engines and be affiliated with Andretti if it was to make a full switch to the series in 2019.

McLaren is now focussing on its own McLaren Racing Indianapolis 500 attempt and Harding has followed Andretti as a Honda-powered team.

“First of all, Harding Steinbrenner Racing is very appreciative of our relationship with Chevrolet in 2017 and '18,” said team president Brian Barnhart.

“However, our direction as a race team closely aligns with Honda for the near future. Therefore, we will be making a change to Honda and Honda Performance Development engines.

"We’re excited about their emphasis on the development of young talent and with our announcement of Colton Herta and Patricio O’Ward joining our team next year, it’s a natural fit for Harding Steinbrenner Racing and Honda to align in 2019.”

Honda has regularly stated that it was close to full capacity in its supply of engines to IndyCar teams.

“We are excited to welcome a team with enthusiastic ownership that also believes in developing drivers solidifies our line-up today, and into the future.

"With a pair of young North American drivers, Harding Steinbrenner Racing strengthens our overall racing effort and represents the future of our sport.

"We warmly welcome the team to the HPD family and look forward to working with them this season.”

Honda was the IndyCar engine of choice last year winning the manufacturers' crown and the drivers' title with Chip Ganassi Racing's Scott Dixon.

Its recent trend of Indy 500 dominance was lost in the new-for-2018 aerokit era as Penske-Chevrolet's Will Power won the famous race.