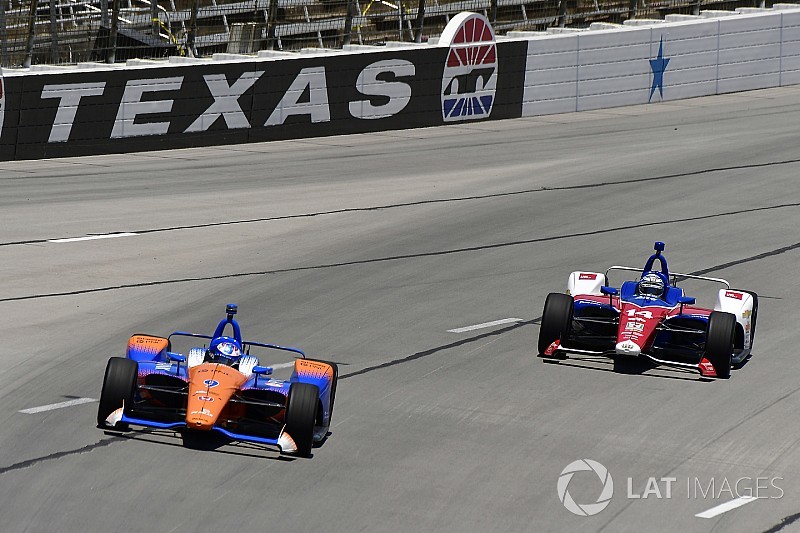 Chip Ganassi Racing-Honda’s Scott Dixon, who will start the DXC Technologies 600 from seventh on the grid, ended final practice at the top of the times, with Tony Kanaan slotting his AJ Foyt Racing-Chevrolet in second.

Four-time champion Dixon, who has won two races at Texas Motor Speedway, clocked a 220.524mph lap to take top spot a mere 0.1mph ahead of Kanaan, with the pair also claiming the fastest two no-tow speeds, although in reverse order.

Alexander Rossi headed the Andretti Autosport contingent ahead of the fastest Penske-Chevrolet , that of polesitter Josef Newgarden. Ed Jones and Zach Veach completed the top 10, ahead of Gabby Chaves (Harding Racing) and the other two Penskes.