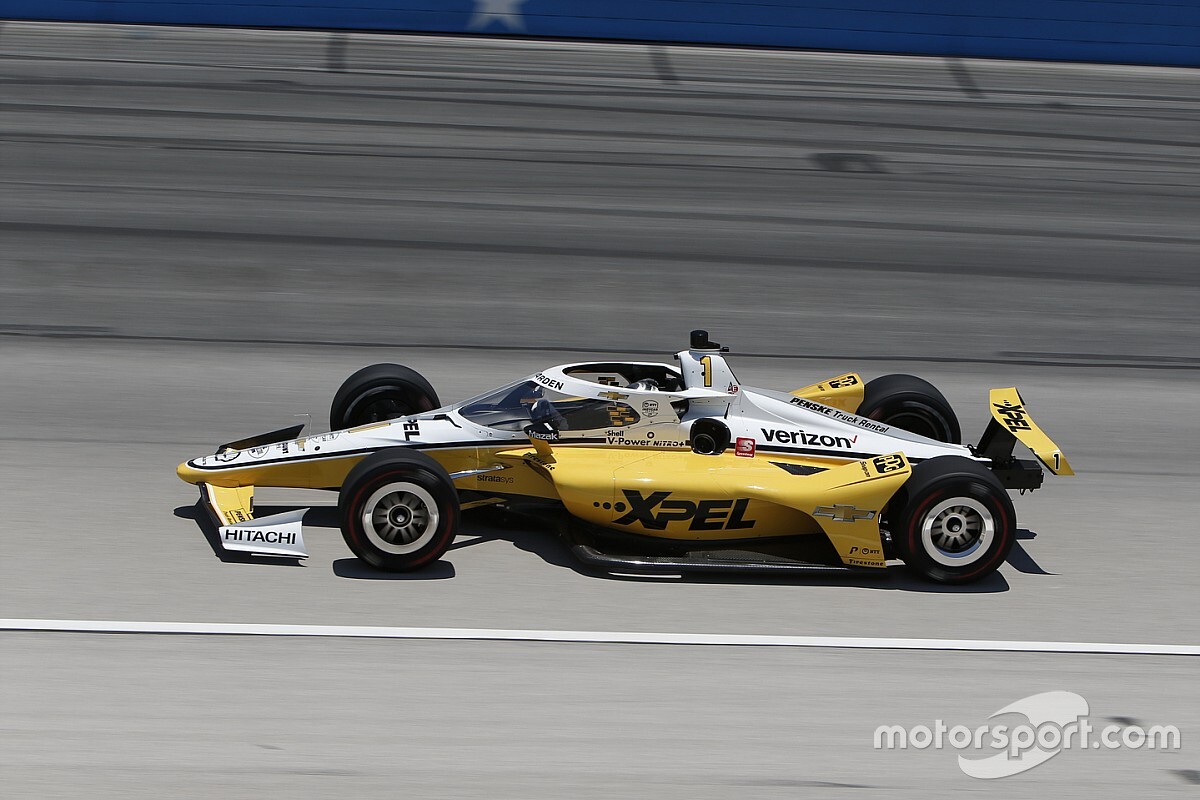 Dixon, who hasn’t taken a pole position since the 2017 Indy 500, was the first driver to crack the 215mph average over two-lap qualifying this afternoon, and at the time the three-time Texas Motor Speedway winner was more than 1mph clear of his nearest rival.

However, with the final run of the session – cars qualified in order of team entrant points from 2019 – Newgarden delivered a 215.796 and backed it up with a 215.685 to nudge ahead of the Chip Ganassi Racing-Honda driver and claim pole.

Newgarden’s teammtes Simon Pagenaud and Will Power will line up third and sixth, sandwiching the Andretti Autosport Hondas of Ryan Hunter-Reay – who bounced back from a shunt in practice – and Zach Veach.

Graham Rahal’s seventh place for Rahal Letterman Lanigan Racing-Honda was some consolation for the team which is now hurriedly trying to prepare a car for Takuma Sato, who shunted at the start of his qualifying run.

Having appeared to miss his turn-in point, he ran into the old traction-aid surface which doesn’t work in the intense 122deg track surface heat, and his RLLR car looped into a spin, sustaining heavy damage to the #30 car. The 2017 Indy 500 winner walked away unaided.

Alexander Rossi made it three Andretti cars in the top 10, while Felix Rosenqvist was ninth in the second Ganassi machine.

Completing the top 10 was AJ Foyt Racing-Chevrolet’s 45-year-old veteran Tony Kanaan who has twice won at TMS, while encouragingly for the Texas-based squad, Charlie Kimball backed him up with 12th.

Alex Palou was top rookie for Dale Coyne Racing with Team Goh, snatching 16th but teammate Santino Ferrucci in the DCR with Vasser-Sullivan car did not make a qualifying attempt. Neither did Rinus VeeKay in the second Ed Carpenter Racing-Chevrolet, which was being repaired after a sizeable shunt in practice.

The cars are now impounded – they ran race downforce in qualifying – before the Genesys 300 begins at 7pm local (Central) time.