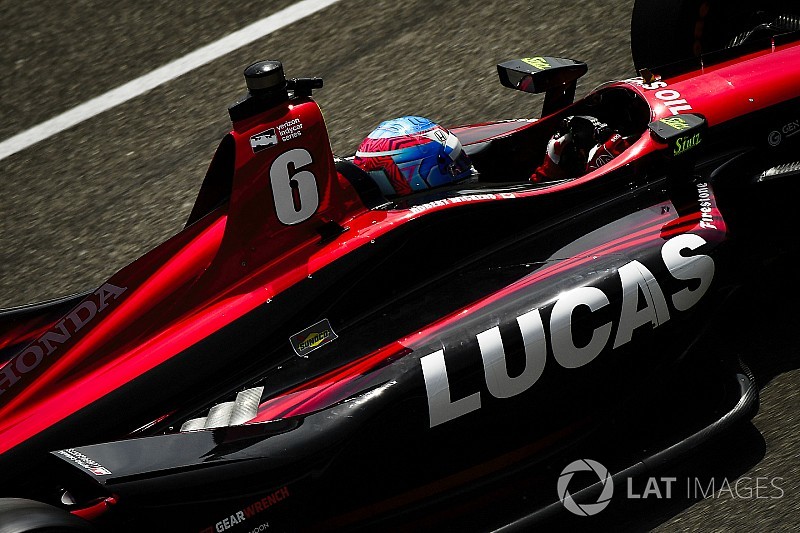 The first half-hour of the 90min session was dedicated to scrubbing in four sets of Firestones, under IndyCar decree, as IndyCar examined the effect of the 2018 superspeedway aerokit which has been revised since the Indy 500. Apex speed and terminal speed is now varying 10-11mph, a welcome relief for drivers who did not enjoy the flat-out pack race seen here last year using manufacturer aerokits.

Sebastien Bourdais was third fastest for Dale Coyne Racing Honda – although only P21 without a tow – with Alexander Rossi leading the Andretti Autosport-Honda contingent in fourth.

Fastest of all without a tow was Scott Dixon, whose Chip Ganassi Racing-Honda scored his first win of the season at Detroit last week.

Simon Pagenaud, Josef Newgarden and defending TMS winner Will Power were only seventh, ninth and 15th for Penske Chevrolet and were all over the shop in terms of no-tow – 18th, 3rd and 9th, respectively.

Max Chilton missed much of the tire-scrubbing portion of practice, as his Carlin-Chevy needed its throttle body replaced.