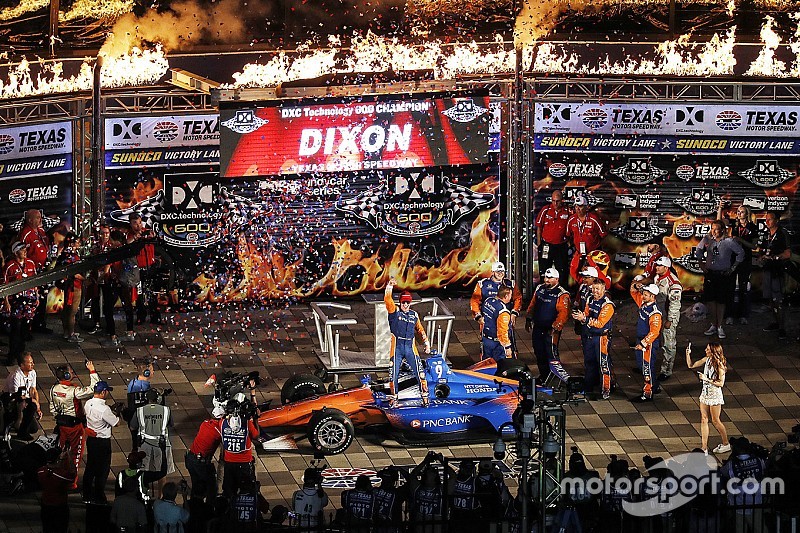 IndyCar will return to Texas Motor Speedway through at least 2022, with next year’s race being held on Saturday, June 8, again with DXC Technology as title sponsor.

As Motorsport.com revealed last weekend, track president Eddie Gossage has softened his stance on IndyCar’s ongoing negotiations with Circuit of The Americas in Austin, TX, and his wish for the immediate post-Indy 500 date, allowing common ground to be found between himself and the series.

For IndyCar, too, it was particularly important to make a deal with TMS in 2019 in order to retain its reputation for track diversity in a year when Phoenix’s ISM Raceway oval will disappear from the schedule, likely to be replaced by a road course – COTA – next April.

The 2019 DXC Technology 600 will mark the 23rd consecutive year of Indy cars racing at the Texas 1.5-mile oval, and will again be supported by the NASCAR Truck Series racing on Friday night.

“Texas Motor Speedway is the second home of Indy car racing,” said Gossage, “and we are thrilled to extend our partnership with the IndyCar Series and with DXC Technology.

"We are pleased to have negotiated a sanction agreement that allows Texas Motor Speedway to move forward with IndyCar. Our company has invested significant dollars into the sport and a tremendous amount of effort growing the sport through the years.

“So many great moments in this sport have occurred at Texas Motor Speedway. This is and always will be ‘America’s Original Nighttime IndyCar Race.’