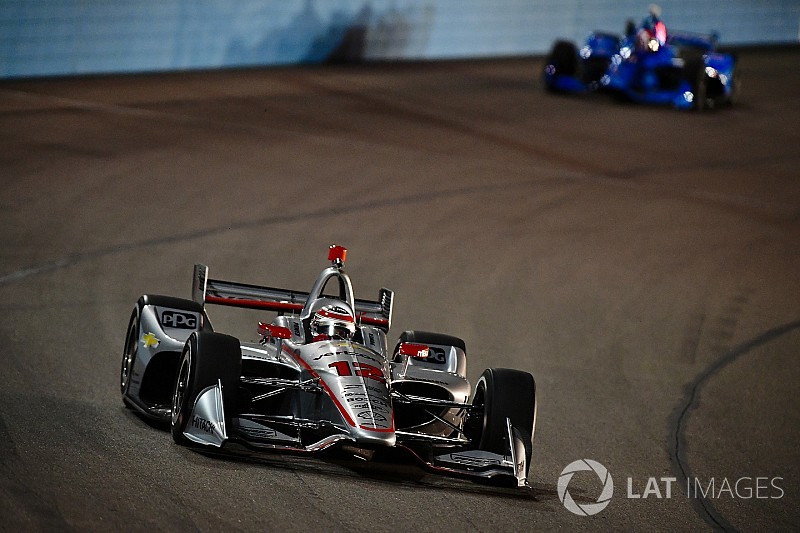 The 2018 Verizon IndyCar Series championship kicks off this weekend in St Petersburg, Florida. David Malsher and Tom Errington answer the key questions about the season ahead.

Aside from Scott Dixon, which drivers can offer a genuine title threat to the Penske trio?

David Malsher: If Andretti Autosport is back on form then I have no doubts that Ryan Hunter-Reay and Alexander Rossi are title contenders. One of them will finish in the top five even if Andretti is still not quite at Penske level. I also believe that Graham Rahal and Rahal Letterman Lanigan Racing are a combo now fully ready to take on the biggest teams across a whole season.

Tom Errington: IndyCar has traditionally had a strong "best of the rest" and with a new aerokit to mix things up, at least initially, and lower costs going forward, now looks a good time for those teams to take the next step. Graham Rahal has always maximized the one-car line-up, but with Indianapolis 500 winner Takuma Sato onboard it should help raise the team. A similar change at Schmidt Peterson Motorsports, bringing in ex-Mercedes DTM driver Robert Wickens, should help Hinchcliffe be a more consistent threat. 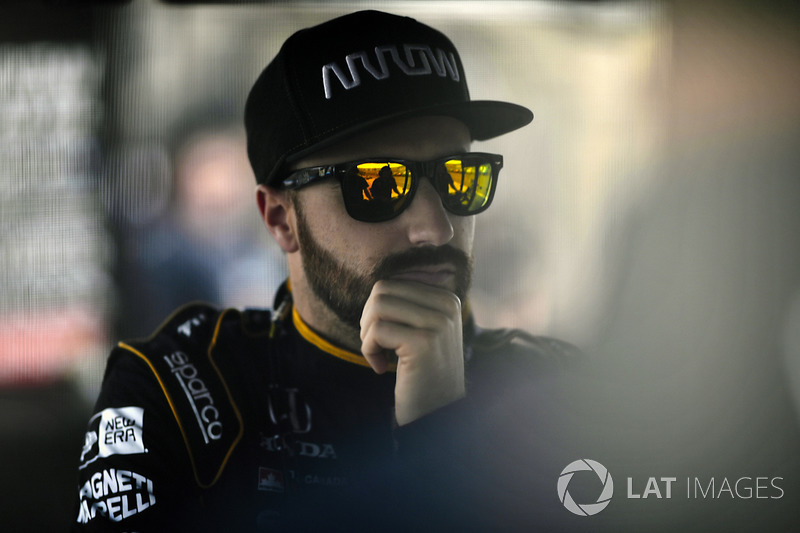 Will Honda finally win a manufacturers' championship, and will Chevrolet engines have the guts to win at Indy?

DM: We don't know whether we've seen either Ilmor or HPD turn their engines up to 11 in testing, so who has the most power and the most useful torque curve for the wide range of tracks on the IndyCar schedule remains a mystery. That said, Honda lost only 7-10 in race victories last year despite its inefficient aerokit. Now with everyone using the same aero package, and with Honda powering so many good teams, this is the company's best opportunity to beat the Bowtie.

As for Chevrolet, yes, I've been told that the Ilmor folk have been under strict instruction to make sure their units are much stronger this year at both Indianapolis and Chevy's own backyard, Detroit.

TE: It's one of the biggest questions heading into the season. At first, there were some concerns about Chevrolet from its drivers once Honda was relieved of its aerokit headache, but as the winter months passed both manufacturers appeared increasingly confident. It's often been thought Honda had the best engine but the worst aerokit and now it should be at the front with that limitation removed. One unnamed Honda-powered team boss was very confident of its prospects going into 2018. 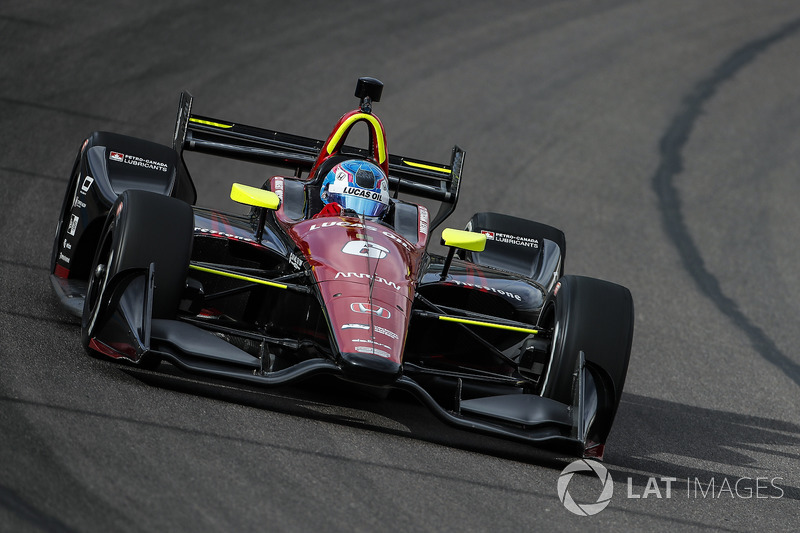 There's a bumper crop of rookies. Who will win Rookie of the Year out of the full-timers, and which rookie – full-time or part-time – will have the best race finish?

DM: Robert Wickens will win Rookie of the Year honors because he's smart enough to be consistent, talented enough to be fast and Schmidt Peterson Motorsports offers the right nurturing environment for him to quickly get back into the swing of open-wheel racing. I also think Todd Malloy is the right man to stop the team's performances fluctuating so much according to types of track.

I believe Pietro Fittipaldi can spring a surprise podium in the #19 Dale Coyne Racing-Honda because he so quickly adapted from the Formula V8 3.5 cars to IndyCar, and the remaining nuances regarding the tracks and the cars are something he'll learn rapidly from teammate Sebastien Bourdais.

TE: SPM was drawn to Wickens not just because he's mates with teammate Hinchcliffe, but because the DTM's relentless requirement for technical expertise means he was ideal for a team now aligned to a manufacturer. But a good setup is one thing, adapting is another. I'd expect Wickens to get up to speed quickly though and get the strongest rookie result as the most talented new driver.

One rookie I think can be the notable this year is Matheus Leist at AJ Foyt Racing. Leist proved his raw ability in BRDC Formula 3 before heading Stateside. Working with Carlin in Indy Lights and impressing, winning the Freedom 100, should have him primed to hit the ground running; it certainly worked for Ed Jones. Let's not forget how many drivers have compared the 2018 car package to an Indy Lights car as well. Leist also has the immensely experienced Tony Kanaan to lean on, which will be vital. 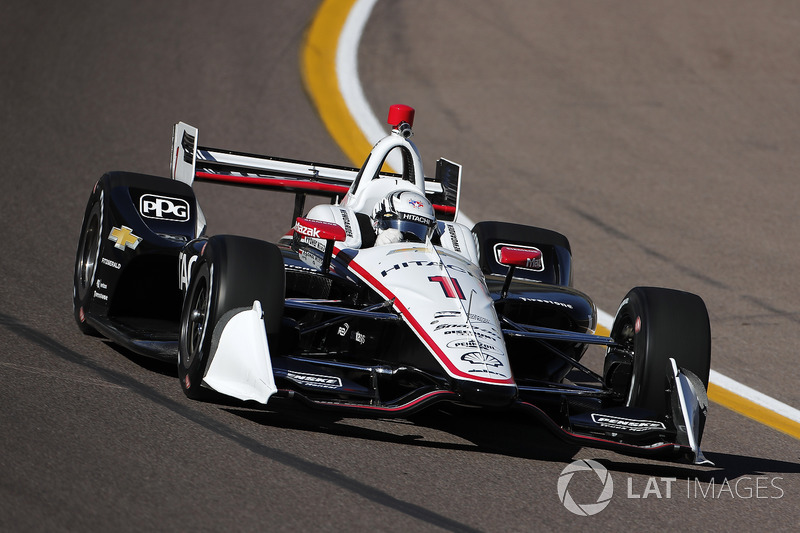 Which tracks will feature the biggest change in the nature of the racing, thanks to the new car?

DM: Both Josef Newgarden and James Hinchcliffe have explained that with so much of the car's downforce now coming from the underside of the cars, the raised ride-heights required for street tracks will mean St. Pete, Long Beach, Detroit and Toronto will be where this car is most radically different from its 2015-'17 predecessor… at least, for the drivers.

But will that change the nature of the racing there? Those tracks' races are traditionally a result of their configuration – Toronto and Detroit often wild, Long Beach far less passing, and St. Petersburg somewhere in between.

I would hope that at Phoenix's ISM Raceway, the new car's near-doubled disparity between terminal speed and apex speed, and the increased tire degradation, will create a lot more passing. But also watch for the Indy 500 to be less about slipstreaming and opportunism and more about intelligence, superior setup and raw speed.

TE: With plenty of testing mileage conducted there, it's no surprise Phoenix has been a talking point. The 2018 car has changed the way you drive on ovals, there's more lifting for example, and the tires will degrade quicker. One of the circuits to keep an eye on will be Texas. The pack racing last year was slammed as dangerous and "bullshit' by Sebastien Bourdais; will it now be a better mix of excitement and good quality racing? 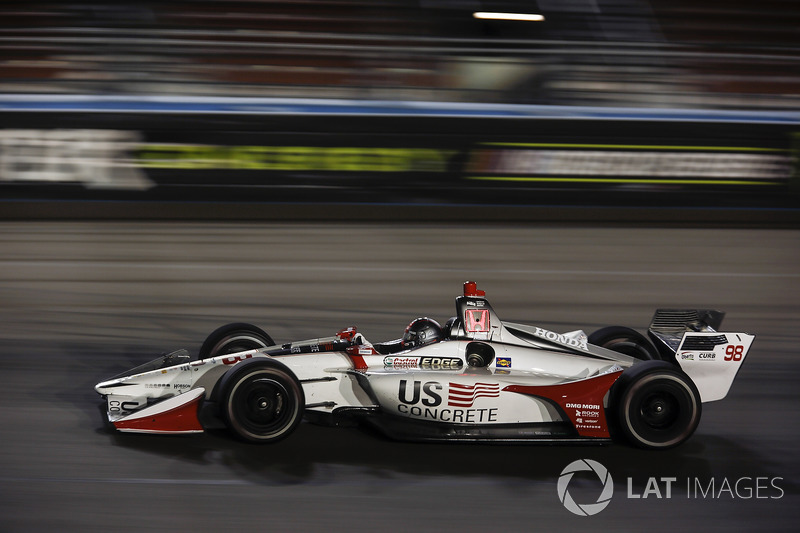 Who or what will be the major positive surprise of the season?

TE: Penske having a sustained challenge through the year, with several teams battling it. Roger Penske's team dominated the manufacturer aerokit era, but it's starting from scratch again like everyone else. Penske reckons it has a strong foundation, but Chip Ganassi Racing has slimmed to two to bring out the best in Scott Dixon and Andretti nailed it's driver line-up early – rather than worrying about off-track events too late in the day. I fancy the midfield to spring a few shocks to shake up the title fight too. 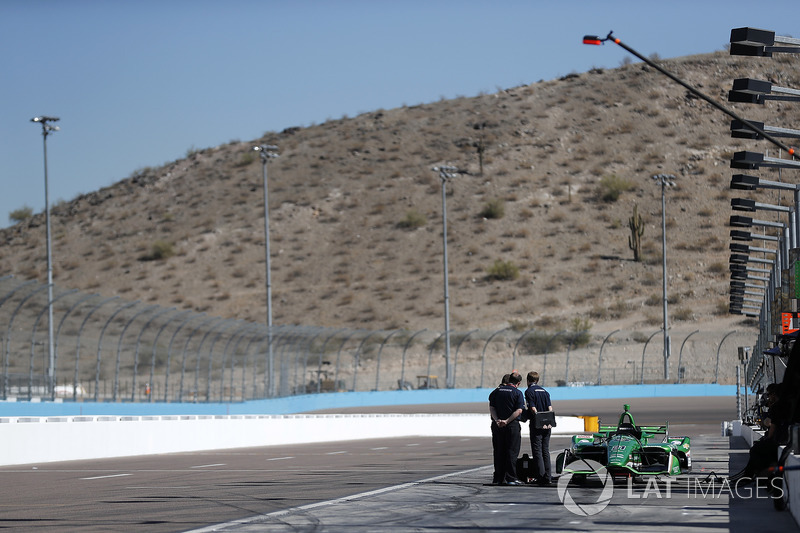 Who or what will be the biggest negatives of the season?

DM: I fear that despite the fact that IndyCar has a much better-looking car which should produce better racing, lots of new talent mixed in with the veteran aces, and [apart from Portland replacing Watkins Glen] a consistent schedule, the at-track spectator numbers won't show a major improvement. Equally, I reckon we could see 17 different winners, twice as many passes for the lead, and the TV audience figures would remain lowly. Spreading the word about the quality of IndyCar racing needs to be priority #1 for the series, the teams, the drivers, the manufacturers.

TE: Both myself and David have written about how IndyCar is going in the right direction in its five-year plan. New car? Big check mark in the box. Better talent? Check. It's even got a united paddock – no small thing in American racing. But the next step is the hardest, getting the attention it warrants. It's all well and good creating the ideal series, but if no-one is watching and there isn't global interest, it will hit a ceiling and very soon too. Mexico faltering was a shame, but par for the course in recent years. First, get fans to the track. Second, go big and get the international recognition it deserves. 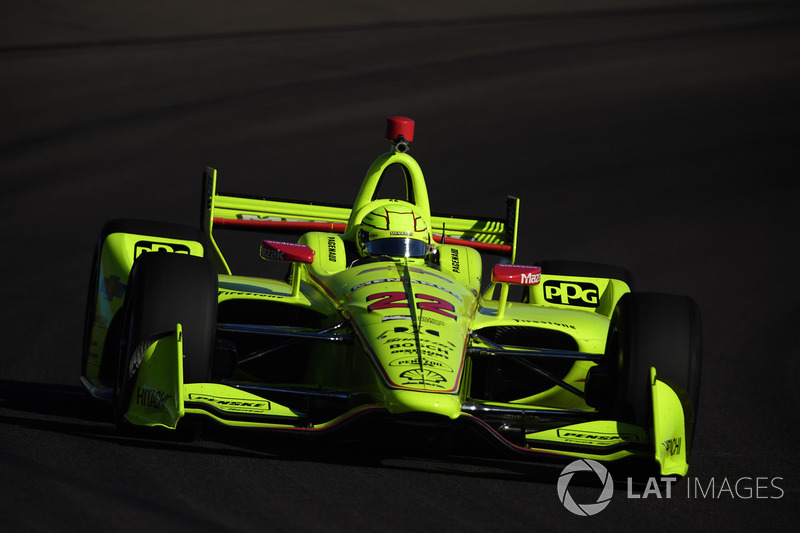 The last three IndyCar seasons have featured nine, eight and ten race winners, respectively. Who will be the 2018 race winners?

TE: I make it nine possible winners in 2018: Newgarden, Pagenaud, Power, Dixon, Rahal, Hunter-Reay, Rossi, Hinchcliffe, Sato. But never discount IndyCar's ability to throw up a random race and reward the brave and the bold, so we may well see one of IndyCar's impressive-looking rookies add to the total. 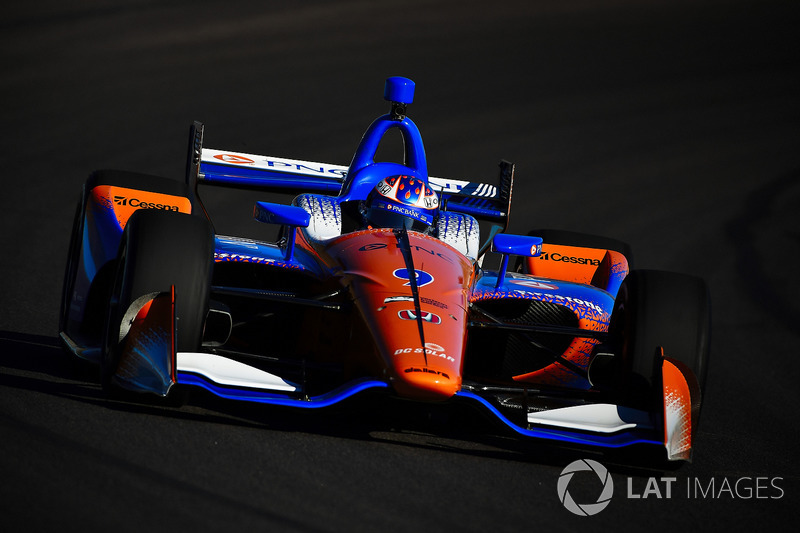 Who's going to win the championship?

DM: Power, because his ability to go fast and look after his tires and save fuel enough to go a lap longer than most of the opposition is almost peerless. Power is also in my top four tips to win Indy this year, along with Dixon (who desperately deserves a second win there), Andretti and Hunter-Reay.

TE: Dixon is my pick for the title. Ganassi's decision to downsize to two cars hasn't been done overnight and it's primed to bring out the best in a team that had lost its way with four cars. Now it's all about Dixon again, with a new teammate in Ed Jones who is more than capable.

What will also help Dixon is that he was already Honda's best driver and overachieved against Chevrolet last year. With the Wirth Research-designed aerokit gone, Honda and Dixon should at least be closer. Ganassi has always thought highly of Dixon's ability to adapt to changes in the series too, so all the pieces are there for a title win.