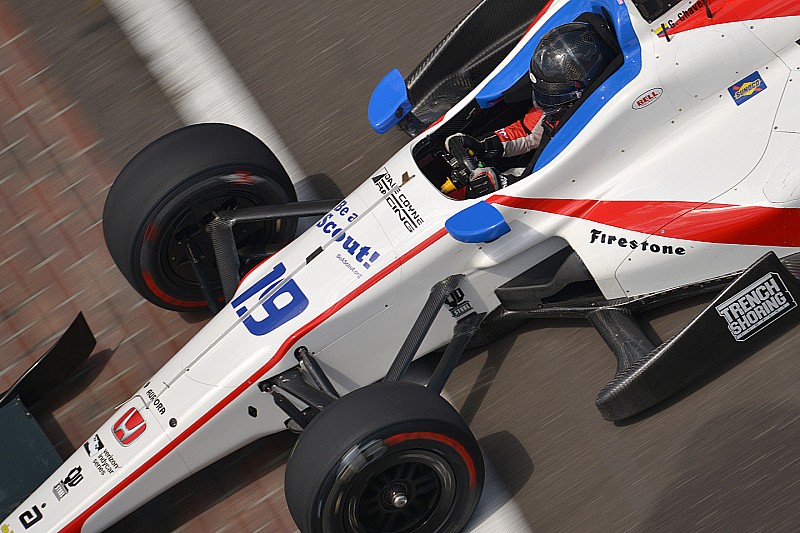 In the opening two hours of Thursday practice. Gabby Chaves sent Dale Coyne Racing-Honda to the top of the speed charts with a 227.961mph lap, as Will Power broke the 225mph barrier without the benefit of a draft

In ambient temperatures of 71deg, Carlos Munoz in the #26 Andretti Autosport-Honda was the first to reach 227mph, but after an hour, Chaves went fastest, as Power and two-time Indy winner Juan Pablo Montoya put their Penske-Chevrolets into clean air and set speeds of 225.381 and 225.156mph respectively.

Behind Power and Montoya in the no-tow laps was Andretti’s Alexander Rossi, Munoz and Andretti, with the one-off #77 Schmidt Peterson Motorsports-Honda of Oriol Servia in sixth.

Also impressive in the no-tow table were rookie and Motorsport.com columnist Stefan Wilson (14th on 220.679mph).