Top 10: Drivers who never won the Indy 500 but should have 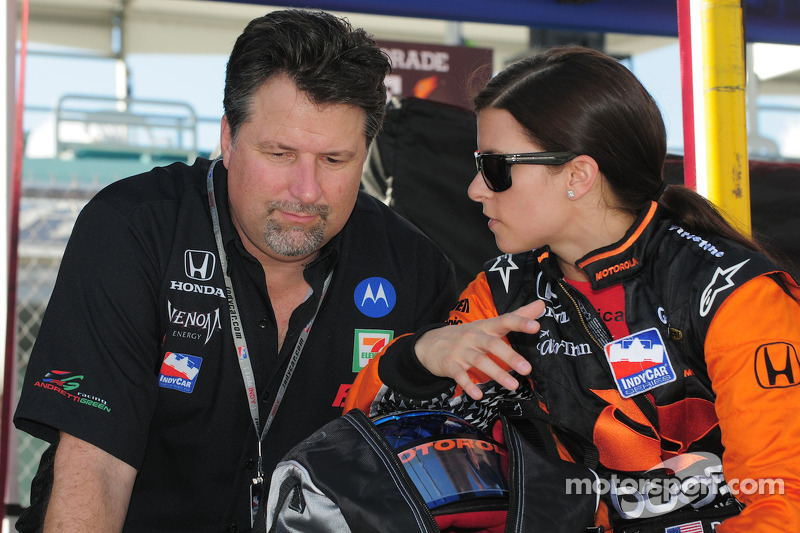 Highlighting ten drivers who were within arm's reach of the Indy 500 crown, but came up short.

Now that we can erase Tony Kanaan from the list of drivers who should have won the Indianapolis 500 but didn’t, it’s time to take another look at 10 of the unluckiest racers to ever grace the Brickyard. This is admittedly a subjective list, and there are plenty of racers like Duke Nalon, Scott Goodyear and Paul Tracy who could substitute for most anyone below. But this is my list, and you can feel free to complain in the “comments” section at the end.

No, Hildebrand hasn’t contended enough to earn a spot with the drivers who tried and came close over and over, but unless he pulls an Indy 500 victory out of his hat, he will always be remembered as the guy who screwed the pooch on the last turn, the last lap, of the 2011 race, allowing Dan Wheldon to slip by for his second win there. To his credit, Hildebrand manned up about winning the Indianapolis 499.5, and since he is just 26 – and has a fast car this week – few would begrudge him a memory-erasing victory Sunday.

Like Hildebrand, Danica Sue Patrick doesn’t deserve this spot because of her almost-there finishes, but she still beats herself up for what could have, should have, happened in that 2005 rookie race. She almost won the pole, and was strong the whole race. When the leaders pitted for fuel on lap 172, Patrick stayed out to take the lead. On lap 194, eventual Dan Wheldon passed her as she was told by her crew to slow down to save fuel. Bryan Herta and Vitor Meira also got by. Fourth, you would think, is a hell of a debut, and it was. But in an interview a couple of years ago, I could tell how much it hurt: “When we got back to the pits, we found out we had enough fuel. I could have raced for the win.”

Stewart won plenty of IndyCar races and the championship twice before bailing out to the better-paying world of NASCAR, but two things stick in his craw: That he never won the 24 Hours of Daytona, and never won the Indianapolis 500. The 24 Hours (he raced in five, and nearly won the second time) is a minor annoyance compared to Indy – he is, after all, from Indiana, and still lives there. How bad did he want it? He did the Indy-Charlotte “double’ twice before deciding it just wasn’t meant to be. Plus, winning a couple of Brickyard 400s eased the pain.

There seems to be little doubt that if Bettenhausen had lived long enough, he might have eventually won the Indianapolis 500. He drove in it 14 times between 1946 and 1960, and had a second and two fourth-place finishes – the only three times he managed to finish all 200 laps. He retired several times, but could not stay away from the 500. On May 12, 1961 – he was 45, but driving arguably better than ever – his friend Paul Russo was having handling problems, and Bettenhausen offered to test the car. A bolt in the front end broke, sending the car – which had carried Rodger Ward to victory in 1959 -- flipping down the straightaway, tearing down 300 feet of fencing, then it caught on fire. Bettenhausen died instantly.

From 1934 to 1949, Rex Mays ran in a dozen Indy 500s, was on the pole four times, the front row three more times, and led a stunning nine of his 12 races. His stunning ability to stay out of trouble did not translate to an ability to avoid mechanical problems, as he finished all 200 laps only three times, and in those races he earned a pair of seconds and a sixth. Mays was only 36 when, in 1949, he was killed in a race in California. Had World War II not cancelled the 500 between 1941 and 1946, it seems likely Mays would have found a win in that period. As it was, Rex Mays, quick with a smile, was a class act and a consummate professional. 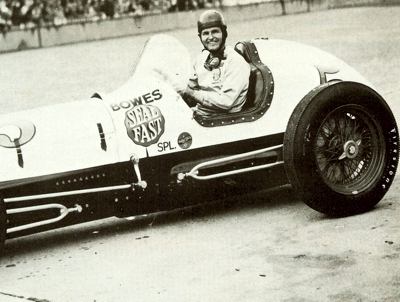 In between 1935 and 1948 (like Mays, World War II no doubt hurt his record), Ted Horn made 10 starts at Indy, and finished in the top five an incredible nine times – his only DNF was in 1935 when the steering system eventually froze, and even then he completed 145 of the 200 laps. His best finish was second in 1936. Even today, no one has been able to beat his 10-year streak of high average finishes. He was the national champion from 1946 to 1948, and more championships and the Indy 500 win he wanted so badly likely would have happened had he not died in a crash at DuQuoin, Illinois, in late 1948. He was 38, just two years older than Rex Mays. 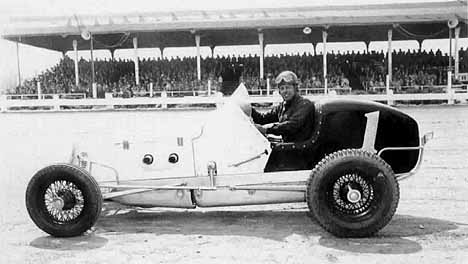 Gurney won everything else, why not an Indianapolis 500? It wasn’t for lack of trying, but there is an argument to be made that he could have tried a little longer. In nine attempts, from 1962 to 1970, his last three finishes were second, second and third, all in his Eagles. Sometimes his car was fast and sometimes he had to carry it on his back, but Indy is one of the few titles his resume lacks.

Very few drivers were more entertaining than Eddie Sachs, both on and off the track. Eight times the “clown prince” of open-wheel racing competed in the Indianapolis 500, from 1957 to 1964, and he started on the front row four times. His best finish was second in 1961, third in 1964. But if you are familiar with the history of the Indy 500, you already know that in 1964, there was a horrific crash on lap two, a fireball that took the life of Sachs and Dave McDonald and left Ronnie Duman, Bobby Unser and Johnny Rutherford with burns. It was the first time the Indy 500 was red-flagged for a crash. It did, at least, lead to increased safety standards, including the use of alcohol-based fuel. Sachs coined the ironic phase, “If you can’t win, be spectacular.” He was.

Ruby is the guy who best personified the close-but-no-cigar category, with 18 starts between 1960 and 1977, nearly 2,500 laps completed, but a third-place finish in 1964 was the best he could muster. Never a great qualifier, he started a career-high fifth twice, but he led five races for a total of 126 laps. Still, he won seven IndyCar races, as well as the 12 Hours of Sebring and the 24 Hours of Daytona, but you got the feeling he would have traded all of them for an Indy 500 win. Ask Ruby about his losing streak, and he’d tell you, but clearly would rather talk about something else. The taciturn Texan died in 2009 at age 81.

When his son, Marco, finished in the runner-up spot in his Indianapolis 500 debut, his response was telling: “Second,” he said, “is nothing.” Well, only if you are an Andretti, and clearly Marco is his father’s son. The Andretti Curse allowed the family only one win – Mario’s in 1969 – which is stunning given the quality of the drivers and, often, their equipment. As documented in a feature a few days ago here by our Nick DeGroot, the Andretti family has made nearly 70 tries at a 500 win. Michael made 16 attempts between 1984 and 2007, with nine top-10s, but a best of second in 1991. Michael’s shot is over, but hopefully Marco has plenty of chances left – and that victory could come this weekend.