Motorsport.com continues its annual countdown of the biggest stories in racing with the surprising spate of established IndyCar drivers – James Hinchcliffe, Spencer Pigot, Sebastien Bourdais – losing their rides amid a wave of new talent arriving.

Several years ago, a very talented IndyCar driver was offered a huge deal by one of his employer’s rivals, who was basing the offer on money promised by one his recently acquired sponsors.

“I said ‘No’”, the driver explained to me, “because I don’t know enough about this sponsor. I mean, they could be in and out in a year, and they may not have the money anyway. And when that happens, we know that [team owner name redacted] will suddenly dump the driver or threaten his ride or cut his pay or whatever.

"I’m not joining a team where I’m always waiting for a bullet in the back of the head.”

Said driver was wise to stick with the deal he had. Sure enough, the sponsor was all but gone within a year of our conversation, and the driver that the company did eventually back was suddenly out on the street.

This year it was Sebastien Bourdais’ turn to get the bad news. When HPD pulled its backing from the #18 Dale Coyne Racing with Vasser-Sullivan ride in November, suddenly the Frenchman was left jobless.

Being a four-time open-wheel racing champion who knows how to pedal a sportscar – although he’d also lost his IMSA/Le Mans enduro role following the end of the Ford GT program – Seb was able to go to JDC-Miller Motorsports, grab himself a Cadillac DPi-V.R with a former Prototype champion, Joao Barbosa, and move on with his life in the IMSA WeatherTech SportsCar Championship.

But it was a painful reminder that no one’s job is safe. Unlike in the previous two IndyCar seasons, Bourdais had not scored a win for Coyne and he had thrown away a chance to win at Gateway; indeed, he timed his crash so badly that the full-course caution ruined the strategy of his race-leading teammate Santino Ferrucci!

But looking at the 2019 season as a whole, Seb hadn’t appeared to have lost speed at all; indeed, despite some people delivering frenziedly enthusiastic reviews of Ferrucci this past year, the rookie only shone on ovals. Elsewhere, the 41-year-old veteran on the other side of the DCR garage was a clear cut above.

“Seb wasn’t great this year, but he was still good and he has the ability to be great again,” said one of his sympathetic colleagues. “Don’t know who he’s being replaced by, but there’s no one better than him available… unless that other Sebastian has fallen out with Ferrari after the Brazil crash!”

The Bourdais news broke barely a week after Spencer Pigot was informed his services were no longer required at Ed Carpenter Racing. Through his three-and-a-half years with the squad, the 2015 Indy Lights champion had been generally good, occasionally sparkling, but was usually at the mercy of fluctuations in the team’s patchy performance.

Nonetheless, his pace had put on ice the careers of JR Hildebrand, then Jordan King and, most recently, the 2016 Lights champ Ed Jones, and Pigot left this year’s IndyCar finale at WeatherTech Raceway Laguna Seca with a handshake from team owner Carpenter and the notion that his contract would be renewed.

Less than two months later, ECR’s circumstances had changed so that any sort of paid driver suddenly looked like an unnecessary expense, despite Pigot’s modest salary.

This year’s Indy Lights runner-up Rinus VeeKay had impressed the team a lot in his two tests and came with some budget, while Conor Daly and the US Air Force were reaching the final few paragraphs of their deal.

No one can really deny that ECR’s new arrivals deserve their rides, but few would say that Pigot deserved to be left without one which, given his lack of funding and the lack of time available, is the harsh reality he’s now facing.

James Hinchcliffe losing his ride with what was this year called the Arrow Schmidt Peterson Motorsports team was a surprise to this writer because he had been assured at the penultimate race of the season by team co-owner Sam Schmidt that the Canadian veteran and six-time race-winner would be remaining onboard to fulfill the third and final year of his current contract, his sixth year with the team.

The reasons the relationship had even been called into question were 1) Hinch’s close links and personal deals with Honda would need to be put on hold as McLaren’s arrival at the team for 2020 had obliged the squad to switch to Chevrolet engines, and 2) It was well known that primary partner Arrow had been extremely unhappy that Hinchcliffe had posed naked for ESPN magazine’s annual The Body Issue.

Yet Schmidt’s response to Motorsport.com’s inquiry suggested that the relationship, though damaged, had healed enough for all to continue working together.

Hinchcliffe thought the same because… well, because he did have that year on his contract. He still does, too, which is why Arrow, Schmidt, Ric Peterson and McLaren will be paying him to not race for them next year. Pretty insulting, when you think about it.

But beyond the insult, there’s something terribly poignant about the fact that, less than two weeks earlier, while practicing for his Supercars run with Alexander Rossi in the Bathurst 1000, Hinchcliffe had been quietly endorsing Oliver Askew, 2019 Indy Lights champion, as his teammate for next year.

Which of course he would have been, had the team not also signed 2018 Lights champ Patricio O’Ward, who had made such a strong impression in his eight IndyCar starts. Askew and O’Ward are the way forward in the team’s new era, according to the bosses.

It’s a rough deal. But the truth is that had Hinchcliffe, in the sad absence of Robert Wickens from the other Arrow SPM cockpit, been able to continue the team’s 2018 momentum, perhaps won a race or two, he would probably still be driving the #5 car next year.

Instead, a largely anonymous season partnered with an unsurprisingly patchy rookie, Marcus Ericsson, rather than the phenomenal Wickens, meant Hinchcliffe became that much more dispensable, contract or no.

He didn’t deserve to be led astray, however, and James can still deliver the goods if put in the right environment. His many fans will be hoping he gets that chance and introduces his erstwhile employers to the lore and law of karma. 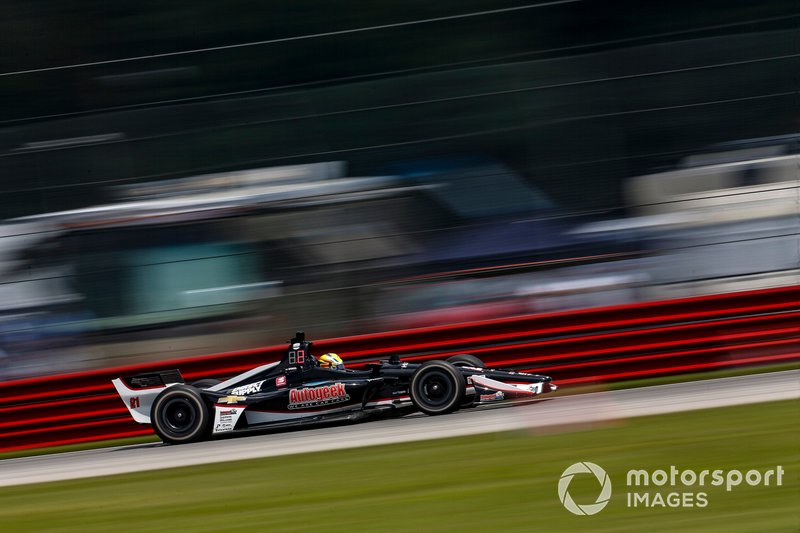 Spencer Pigot has lost his ride with Ed Carpenter Racing.

How in-form Bourdais is nailing his "normal transition"

Bourdais believes Cadillac has the edge at Sebring