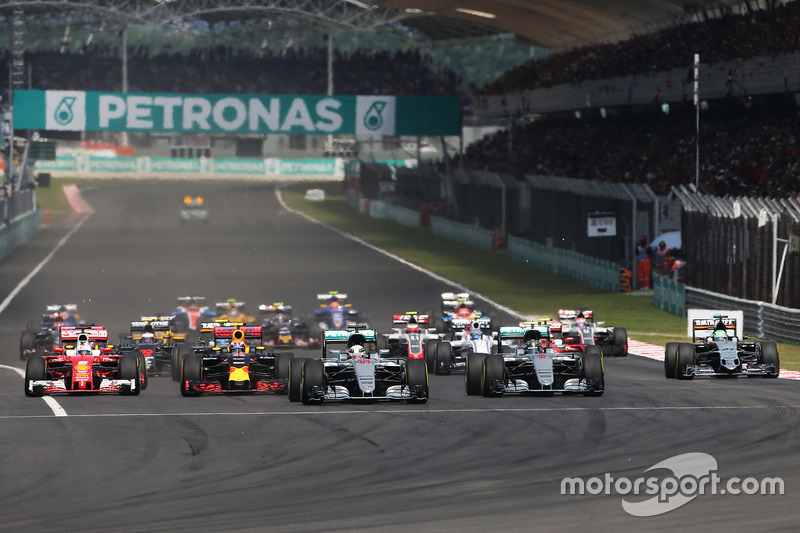 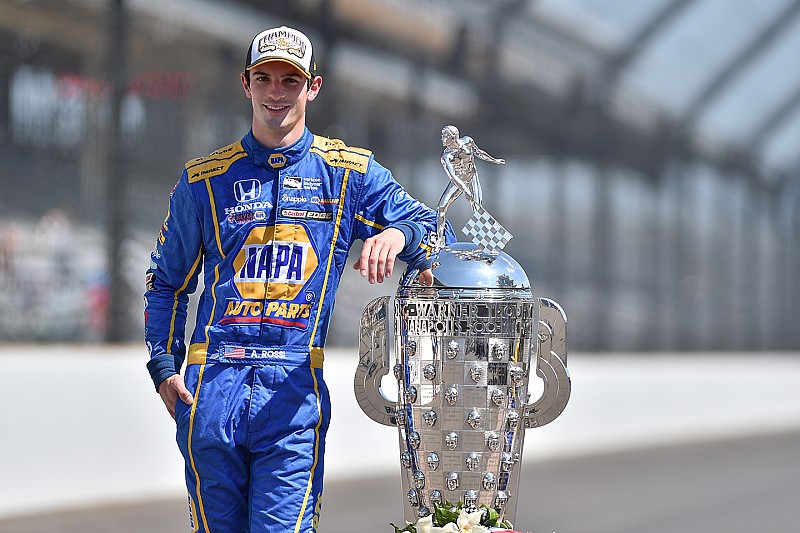 Coming in at number 14 in our countdown of the biggest stories in racing this year is the tale of Alexander Rossi and his miraculous victory at the Indianapolis 500 at his very first attempt.

There’s something about Alexander Rossi that disturbs people – how can he remain so cool and calm, facing all circumstances with such equanimity? Out of the car this placidness is sometimes interpreted as aloofness, but the flipside of that same coin is composure on the racetrack.

The kind of composure that enabled him to absorb the disappointment of two very slow pitstops at the 100th running of the Indianapolis 500, that dropped him from well inside the Top 10 to 29th by half-distance.

The kind of composure that allowed him to investigate different ways to save fuel and thus stretch his stints to open up a window of remote possibility. The kind of composure to trust the math of #98 team manager Don Lambert and respond to that seemingly absurd fuel-mileage number insistently relayed to him by team co-owner and tactician Bryan Herta over the final stint.

What Rossi also had on his side was that the Andretti Autosport-Hondas had been quick all month, his 11th place on the grid unrepresentative of his ultimate pace. And they remained quick in race trim; Rossi set the fastest lap in the “500”.

Speaking to Motorsport.com earlier this week, Rossi admitted that neither the public nor the media have warmed to him yet, perhaps because of his lack of wild emotion after winning the biggest race in the world. But he also agreed that self-control had helped on race day.

“I went to my engineer [Tom German] on Sunday morning and asked him, kinda concerned, ‘Am I not nervous enough?’ ” Rossi chuckled. “I had seen Ryan, Marco and Carlos were completely different that day to how they’d been in the weeks leading up to the race, so I asked, ‘Am I missing something?’ and he said, ‘Yeah, you are – but that’s fine. Use that to your advantage.’

“So I was excited, but the naivety of not understanding the magnitude of the race probably played into my hands a bit, because there were no increased expectations.”

“Legitimately, in the second half of the race, I never thought I might win, and again I think that’s why there was some criticism of how I behaved after the race. I wasn’t calm; I was genuinely shocked – like, ‘What just happened?’

“What people don’t appreciate is that from the 100-lap mark, I thought we didn’t really have a chance, and for those last 36 laps – bearing in mind no one had gotten more than 31 laps from a tank of fuel through any practice day – I was just thinking to myself I was going to run out of fuel. I’d come to terms with that, and I was just going to do my best to get as far as I could.

“Normally if your engineer comes on the radio with six laps left and says you’re P1, you get excited. But there was none of that; instead I just got the same feeling you get when you’re P1 for a couple of laps but only because you’ve stayed out longer than the others, and you’re only there because you’re off-strategy.

“It was only as I coasted into Turn 1 after the race with the engine off, that I noticed the huge crowd roaring and I heard Bryan on the radio. That’s when it hit me, and I had no capability of dealing with that because there had been no expectation of winning since half-distance.

“The other thing; that second half of the race was very different from any other race I’ve been in. Instead of racing other cars, trying to work out something like how to get the slingshot past the guy in front exiting Turn 4, it became more like a puzzle where I wasn’t competing against the other guys; I was in my only little race. My entire world revolved around trying everything I could to hit a fuel number that was basically unachievable. Some things I tried didn’t seem logical and some didn’t work, but there were some that did.”

It’s still astounding how fine was the margin between Rossi being feted or becoming a footnote. His nearest rivals in the closing laps, Carlos Munoz, Josef Newgarden and Tony Kanaan, had all made late dashes for the pits in the final 10 laps, and were on a charge, albeit from more than half a minute in arrears. It was all about how much Rossi would need to reduce his pace.

“Up until three or maybe four laps to go, we were getting great mileage and still turning 217mph laps,” recalled Rossi, “but with a 30-second lead, it was time to slow way up. The guys giving me hints and tips from the pitwall played a massive part in this, because everyone else had been trying to stretch their fuel like we did over that final stint and hadn’t managed to do it.

“With two laps to go, we had 0.65 gallons in the car, barely enough to do one lap. And then leaving Turn 2 on the final lap, the team saw the fuel pressure was dropping and the engine was about to cut out, and so they told me to give it everything so that when the engine did stop and I was coasting to the flag, I’d be doing it from a far higher speed, and would have the momentum to reach the finish line.”

Rossi followed the instructions to the letter, the engine cut out as he went through Turn 3, but he was able to free-wheel to the checkers, crossing the line at a meager 133.7mph - just under five seconds ahead of Munoz.

Explained like that, you start to understand why Rossi was almost completely dumbfounded by his victory. His achievement only truly came into focus for the winner last week, when he saw his face on the Borg-Warner Trophy.

“That was the coolest thing,” he admitted. “Previously that result had just been on paper or the internet, or on TV or in photographs. Seeing that trophy, I know that’s something for all time. Whatever else happens, that’s something that can’t be taken away from me.”

Can Ganassi turn the IndyCar tide for Honda in 2017?