Motorsport.com continues its annual countdown of the biggest stories in racing with IndyCar’s confirmation that Red Bull Advanced Technologies' aeroscreen will become mandatory in 2020.

It’s easy to be hardline or callous about someone else’s life rather than one’s own, and so there were a few protests from some fans when IndyCar confirmed last May that in 2020 it would be introducing a spec aeroscreen from Red Bull Advanced Technologies.

Those with a better perspective on progress in racing applauded the decision. Considering every other aspect of cockpit safety has improved over the years, it had begun to look truly incongruous that the racers’ heads had been left so exposed and vulnerable, improvements in helmet technology notwithstanding.

Initially IndyCar had worked on a more handsome and simple-looking device from PPG, which resembled an extended and raised version of what was seen on the Penske PC6s from 40 years ago. In 2018, Scott Dixon tested this screen at Phoenix’s ISM Raceway and Josef Newgarden tried it at Indianapolis Motor Speedway, and both champions were left impressed at how little vision distortion they had experienced, despite the predictably tight front aspect of the device.

However, that creation couldn’t possibly be as strong in impact tests as what emerged from RBAT, which was a device that includes a Pankl-constructed horseshoe-shaped top frame – yes, akin to F1’s halo – and central strut, sheathed in a laminated screen made by PPG. Both screen and frame have matched all expectations in impact tests, and this combo is what all IndyCars will utilize in 2020.

Back in October, we interviewed Tim Baughman, IndyCar’s director of track safety and he was effusive in his praise for IndyCar for not merely keeping the safety team in the loop throughout the development of the aeroscreen but in also actively seeking advice and following it. The result is a construction which, contrary to the worries expressed by some regarding cockpit access in the event of an accident, has produced merely an alteration in procedure for safety workers.

But it was interesting, too, noting how Baughman – as considerate a humanitarian as you could hope to meet in a racing paddock – believes the aeroscreen is the next great step in driver protection and that his wish was that it could have been invented many years earlier.

He, like most others, doesn’t believe the presence of the screen somehow diminishes the gladiatorial image of IndyCar drivers, any more than Audi’s WEC drivers were regarded as wimps or missing a significant part of the sport’s challenge when the Ingolstadt manufacturer switched from the open-cockpit R8s/R10s/R15s to the closed-top R18.

It is a fact that in topline open-wheel racing over the past decade, the accidents that have caused head injuries and amazing escapes from head injuries have almost all been cases in which the victim/near-victim has been blameless. So it’s surely unreasonable to expect a driver to risk unnecessary cranial damage when there is an alternative such as an aeroscreen available.

One assumes that no one reading this would ask a 21st-century IndyCar driver today to race while dressed in t-shirt, slacks and cork helmet, as per his counterparts from 70 years ago, so what’s the difference? Assuredly Mauri Rose, Ted Horn and their peers would not have spurned present day safety measures had they been accessible in their era.

There’s no doubt that the aesthetics of the aeroscreen will take some getting used to, especially when seen from the fully head-on position, since optical illusions make it appear as if the top of the screen is wider than the bottom, like a wastepaper basket. In superspeedway form, the screen’s frame appears bulkier, too, because of the relatively slender cord of the front and rear wings.

But everyone will get used to it; they always do. Heck, most of us even got used to those ugly manufacturer aerokits, which looked bad from almost every angle. The aeroscreen looks sleek from any view that reveals its rake – aided by teams using the top frame in body color as an area to run sponsor decals.

Those drivers who have tested with the aeroscreen have been impressed with it, too, although finding a way to ventilate the cockpit – in particular, the drivers’ helmet area – has been troublesome and may well result in attachments that force air into the helmet, a la NASCAR. But there’s no way anyone could consider this minor inconvenience as a valid reason to delay the screen’s introduction.

The drivers will suck it up, just as the engineers have dealt with the revised weight distribution caused by the car’s center of gravity being raised and brought forward.

Soon enough, everyone will be treating the aeroscreen’s knock-on effects as second nature, its novelty aspect will fade away, and it might finally be credited appropriately as a huge step forward for open-wheel racing. 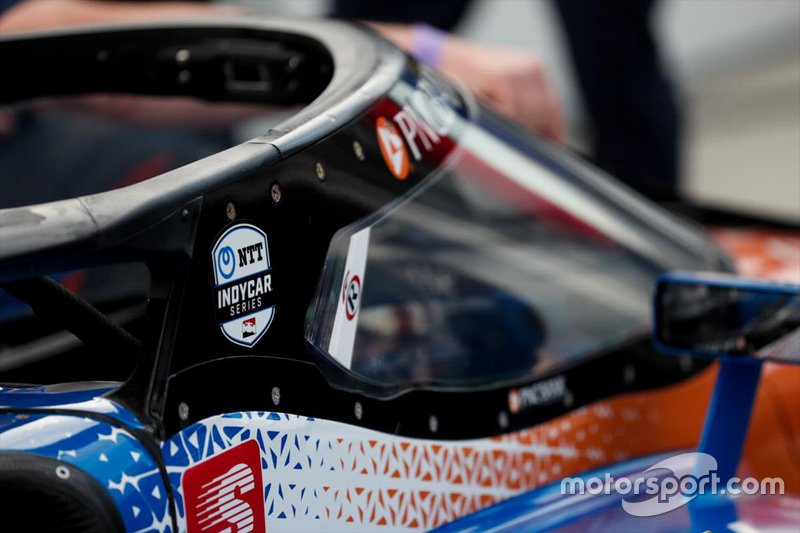