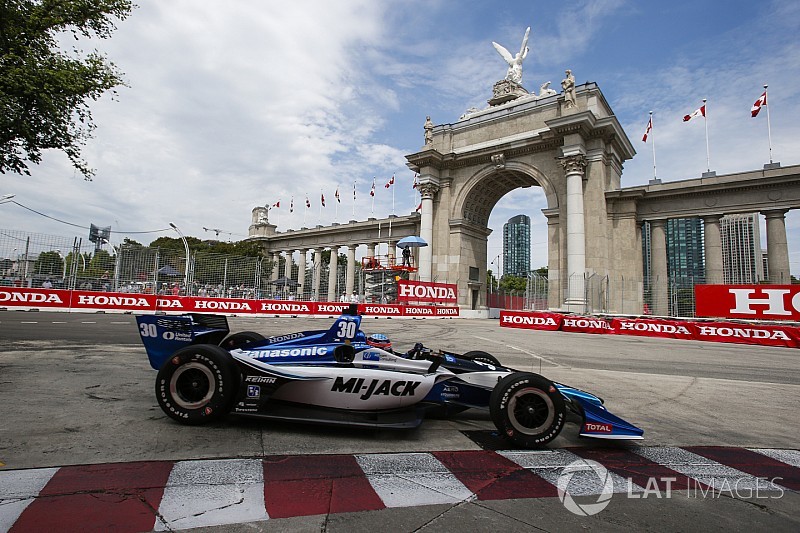 Takuma Sato put his Rahal Letterman Lanigan Racing-Honda on top in Saturday morning practice with a new track record, despite the drivers using the primary compound.

Sato lapped the course in 58.6777sec, an average of 109.551mph to edge Josef Newgarden’s Penske-Chevrolet by just a tenth of a second. That's an (unofficial) track record for this course layout.

Newgarden might have improved on that time with his final lap but ended the session in a tire wall, where rookie Robert Wickens had also just parked his Schmidt Peterson Motorsports-Honda.

Will Power at last found a turn of speed to go P3, one-tenth behind Newgarden, with Alexander Rossi fourth just a couple of hundredths down in the first of the Andretti Autosport-Hondas.

Spencer Pigot was an impressive fifth for Ed Carpenter Racing, beating yesterday’s pacesetter Scott Dixon who made a brief visit to an escape road.

Wickens grabbed P7 on his last lap before his session-ending incident.

Conor Daly, making his return to the series in a one-off with Harding Racing, was P20, 1.1sec from top spot.