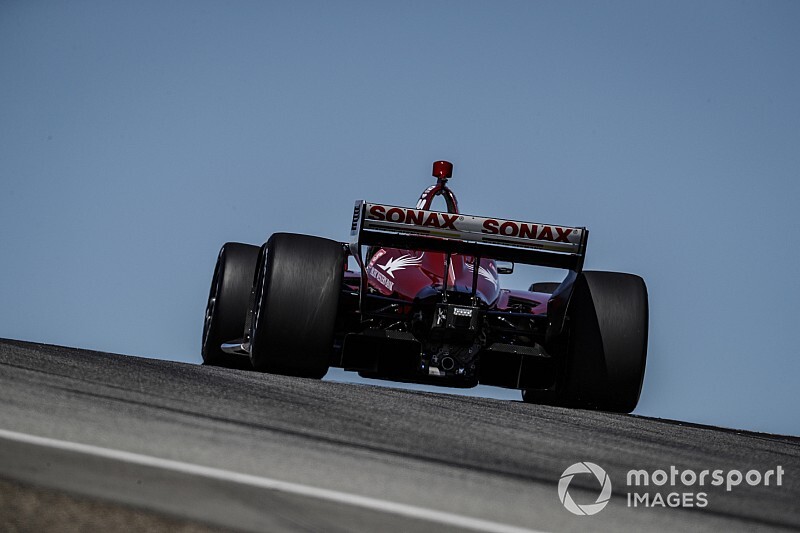 Stefan Johansson has confirmed he will continue as Ed Jones’ manager but admitted that the former Indy Lights champion’s third year in the IndyCar Series has been tough and that he’s not sure where the UAE-born Briton will race in 2020.

Off the back of his 2016 Indy Lights championship with Carlin, Jones graduated to IndyCar and competed for Dale Coyne Racing in 2017 then joined Chip Ganassi Racing in ’18 but was replaced for this year by Felix Rosenqvist. This season, he was the road/street course driver in Ed Carpenter Racing’s #20 entry which he shared with the team owner, and which is co-owned by sportscar team Scuderia Corsa, for whom Johansson is sporting director.

Jones’ best result was sixth on the IMS road course, but his season highlight came while driving a third ECR car at the Indianapolis 500, qualifying fourth. His qualifying tally compared with teammate Spencer Pigot, another former Indy Lights champ, was 6-6 in the 12 races they entered together.

“In any series that’s going to show, but in IndyCar when it’s so freaking close, you’ve got to be 100 percent comfortable with the car, and things haven’t quite jelled for him – or not on a consistent basis.”

Johansson agreed that what appears to be a confidence deficit started early in his single season with Chip Ganassi Racing in 2018 and compared it to Rosenqvist’s early season troubles this past season, despite the 28-year-old Swede capturing the Rookie of the Year title and sixth in the overall championship.

“I think if you look at Felix this year, there’s some similarities there,” Johansson commented. “He started off really well but had an early setback and lost a little bit. Thankfully he got his groove back in the second half of the year.

“I don’t think there’s a championship in the world that it’s harder to get a result in than IndyCar. There’s so many factors that play into it, it’s almost the easy part to drive fast. The pitstops, the strategy, the things that are out of your control like someone causing a red flag at the wrong time in qualifying or a yellow at the wrong moment in the race. But that’s what makes the series so great.”

Johansson denied that Jones was difficult to ‘sell’ around the paddock.

“No, there’s some decent interest, I would say,” he commented. “There are openings in other teams, and I think people see his potential when everything comes together for him. He’s a good driver. It’s just that when you start overthinking things too much, you’re screwed! This sport is crazy that way.

“Ultimately the decision over who drives for the [Scuderia Corsa #20] car pretty much still comes down to Ed [Carpenter], although obviously I’m sure he’d talk it through with us. So we’ll see.”

Johansson admitted that the Scuderia Corsa and Ed Carpenter Racing partnership situation for 2020 remains up in the air but believes that there is intention on both sides to continue their relationship.

Carpenter told Motorsport.com last month that negotiations had begun, and Johansson said they were ongoing.

“Obviously it all comes down to the economics of it,” he said. “This is a good situation here. It’s all a bit fluid at the moment – there’s no set plan in place – but I think it’s everyone’s wish that we continue doing the same thing. It makes most sense I think.”