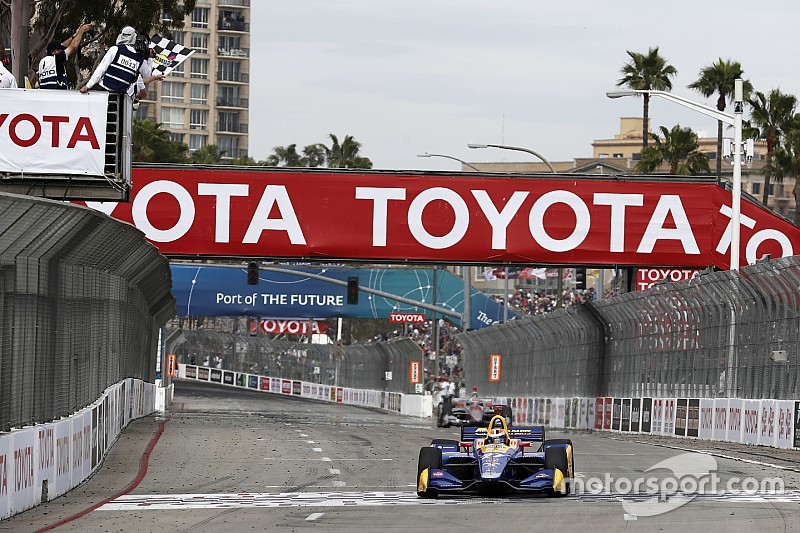 Toyota North America has decided not to renew its title sponsorship of the Long Beach Grand Prix – thus ending what the race organisers claim is the longest-running commercial deal in motorsport.

The Japanese manufacturer was involved in the very first Long Beach GP in September 1975 as pace car provider to what was then an Formula 5000 event.

When promoter Chris Pook was unable to extend his deal with Bernie Ecclestone, Long Beach became a IndyCar event in 1984, and Toyota remained involved until 2018.

One of the most unusual aspects of the relationship is that, while Toyota had a spell as an IndyCar engine supplier for much of the race’s history, it did not have a direct involvement in the headline event.

However it has supplied road cars for the Pro-Celebrity race since 1977, raising substantial sums for charities over the decades.

Long Beach organisers have tried to see a positive side by insisting that they now have a chance to make a fresh start with a new partner.

“We have had a phenomenal relationship with Toyota for 44 years, a record in the racing world,” said GPALB president and CEO Jim Michaelian. “In recent discussions however, Toyota elected not to continue as the title sponsor. This has now opened up the opportunity to identify a new title partner.

“Coming off a very successful 44th Toyota Grand Prix of Long Beach, we’re excited about the future and are exploring all possible sponsorship opportunities that might exist in the market.”

He added: “I would like to thank Toyota for all that it did to help us grow our event and make it what it is today. We are proud to have had Toyota be the most prominent of our sponsor partners for so many years.”

Honda would welcome Alonso in IndyCar for 2019

Verstappen adamant that closing door on Hamilton was fair